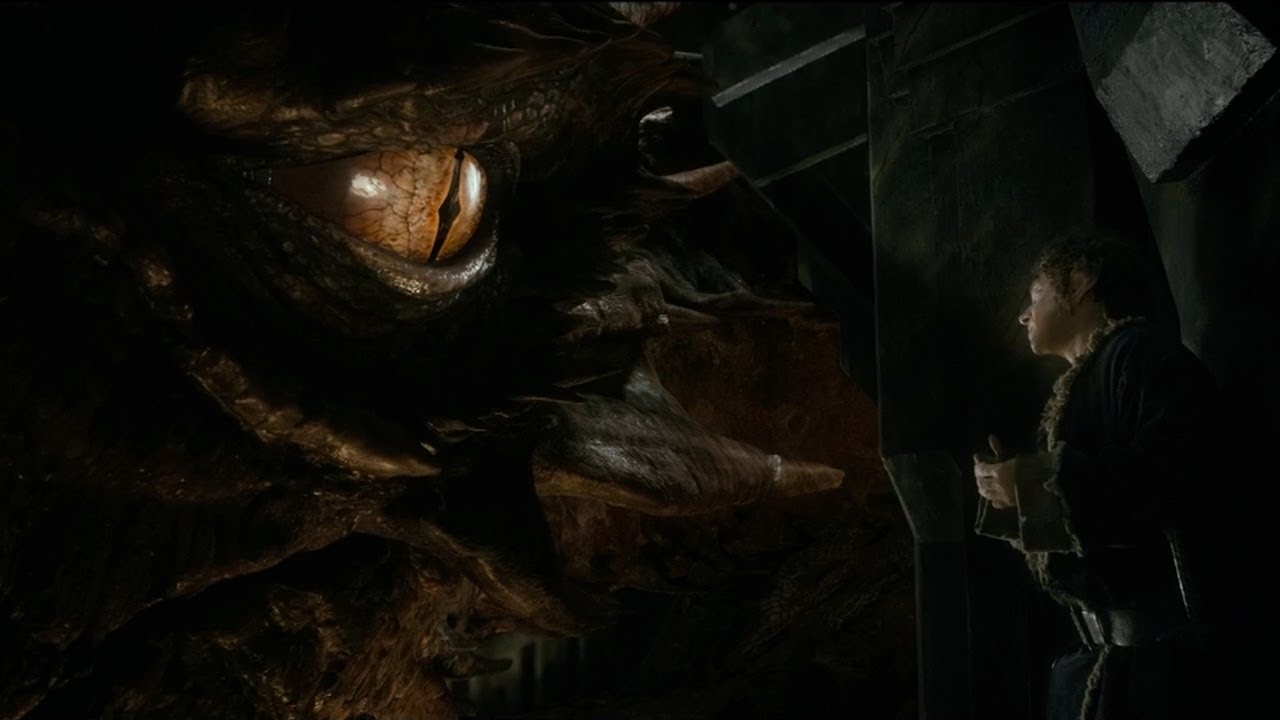 What I mean is; did the Dwarves go to the correct Misty Mountain? If you are confused as to what I am asking, let me elaborate.

I have seen some of The Hobbit films, mostly in the forms of clips, although I have seen the good second half of the first Hobbit film and most of the start of the second one. The first one was enjoyable, while the second one was mostly boring. Anyway, one scene I do like to watch over and over again on YouTube is the scene where Bilbo meets Smaug. It’s a cool scene with a cool voice over by Benedict Cumberbatch. I do think though that there is something amiss with that scene.

If you watch the end of the first Hobbit film, the camera follows the path of a small bird as it makes its way to the Misty Mountains. The camera then appears inside and presents the vast wealth of gold inside the mountain. Just one small issue with this shot, the gold room looks very different to the one in the scene to this films direct sequel. You could argue it’s in a different location to the scene, fair enough. But the scene does look odd in one vital sense: colour, it’s completely off by comparison.

The gold in the ending shot of the first Hobbit film appears to be much shinier and perhaps a purer worth. To some degree, it looks less rendered, digitally speaking. Or could it just be, that the Dwarves went to the wrong mountain, and that the real Smaug is still out there? Did Bilbo meet Smaug’s doppelgänger ?

What do you think?