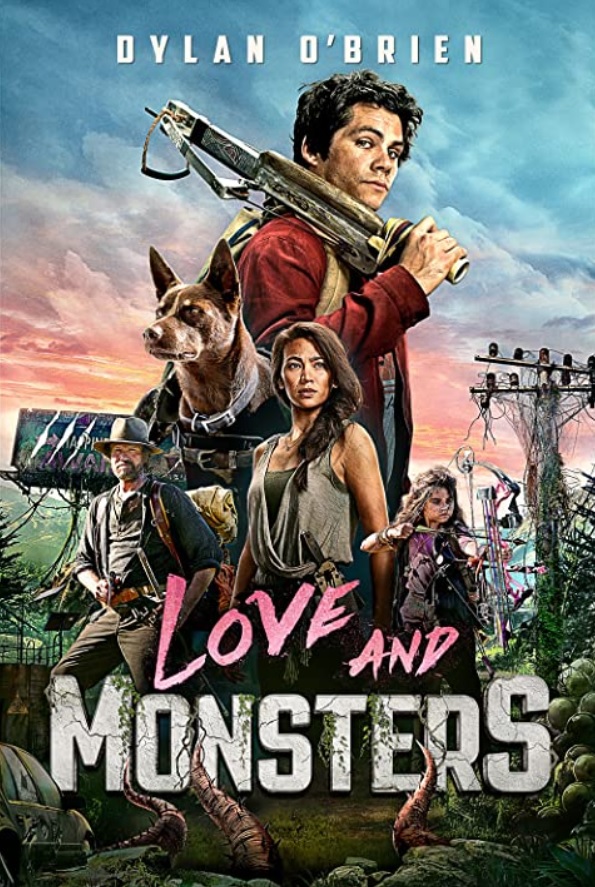 Yesterday I watched Love and Monsters; and it was very pleasant! Directed by Michael Matthews, and starring Dylan O’Brien, Jessica Henwick, and Michael Rooker; Love and Monsters is a comedy adventure film set after a post apocalyptic events wipes out most of hummanity, and the surface is now populated by grotesque monsters. It’s an interesting mix between Monsters and Hunt for the Wilderpeople, in that you have an inhospitable landscape made up of creatures that all want to kill you. But on the flipside, it’s a nice film about a journey across a beautiful landscape, and the people that make it all worthwhile (like the really cool Ariana Greenblatt and Michael Rooker). There were just times when everything was just nice and pleasant, with real moments of heart. The plot does get a bit obvious and predictable at times, but everything else is either nice and pleasant or really grotesque, making Love and Monsters in general, just a really nice and pleasant experience!