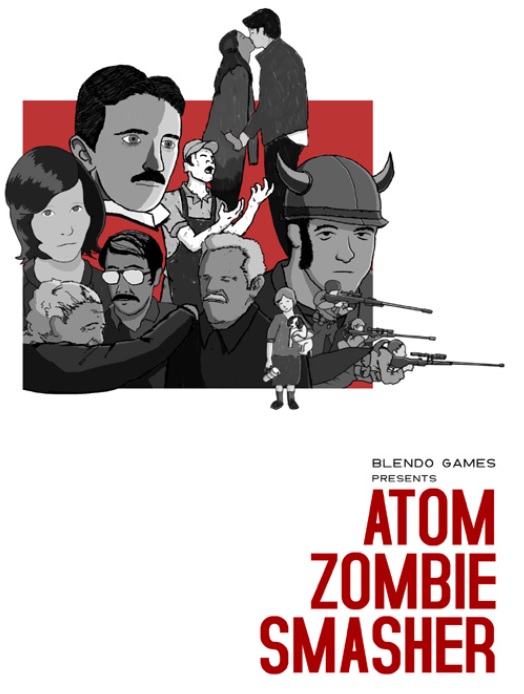 Last week I picked up a copy of Atom Zombie Smasher in the Blendo Games Steam sale, and it’s quite a nice little RTS. In Atom Zombie Smasher, you are in charge of a rescue/military team trying to rescue as many citizens as you can from the oncoming zombie hordes. At your disposal is a helicopter, and several different military units ranging from soldiers to snipers; to cannons and mines. You will use theses defenses to attack the zombies while using your helicopter to go in and evacuate as many people as you can. 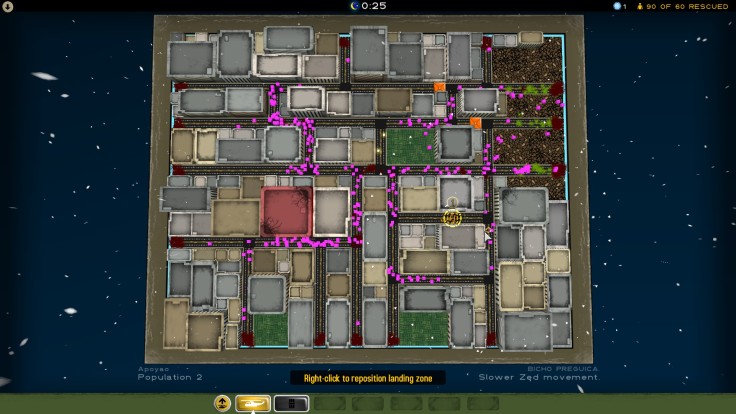 The game takes place in an American themed country during what I believe to be a sort of post Vietnam War world. Each level is a different city, where groups of zombies (or Zed) are on the horizon. If you succeed to rescue the required number of citizens each level, the area on the overall map will disappear and be counted as a victory. If you are successful in eradicating all the zombies in the city, you will gain control of the city which provides bonus points in the overall scoring. If you fail entirely however, the zombies claim it, and they gain bonus points. As you go through each city, both your cities and the zombie’s cities score points, which adds to the overall campaign for both groups. Whichever side reaches the predetermined number of campaign points, wins automatically. 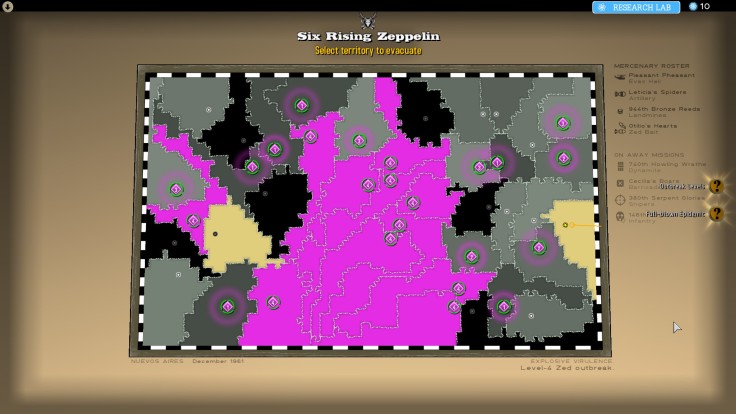 It sounds very technical for a small/casual Real Time Strategy game, but it is actually a very easy one. For the most part you will begin just rescuing as many people as possible, but as the game goes on, and as you gain more military types; you begin to go on the offensive in each level. The weapons are all rather fun to use, as some require your own personal strategy to implement them best. Things though can go sideways, then downhill very quickly as zombie cities start to multiply and even spread. The campaign scoring is a nice little feature as it makes the campaign move along without needing to get bogged down in story or cut scenes, plus it helps to unlock special features for you and the zombies too, including Giant Zombies! The soundtrack is pretty memorable too.

The only real gripe I have with it, is that it can be hard to choose which units you take into battle. The lack of a tutorial makes this very tricky, and though while the game has it minimally highlighted in the top corner of the menu; it comes down to if the game will allow you to change your units at all! Some are usually away, and there are other things happening in line order after/before each mission; and if you don’t try to change your load out at exactly the right time, you can’t at all! That though feels like a little niggle, as most of the time, what you get is alright; though it may just help if there was a moment before each level to choose your load out. 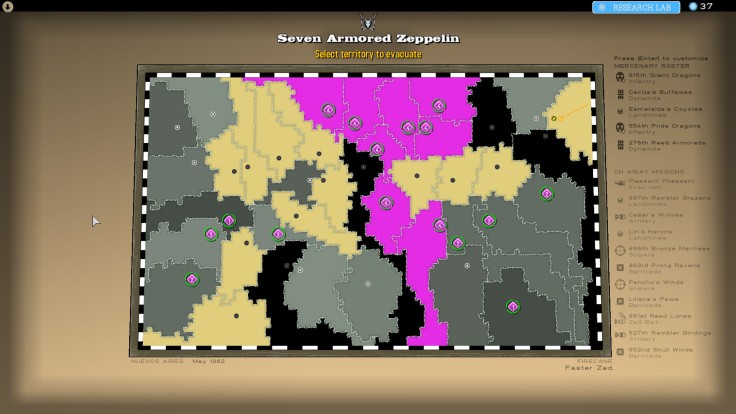 Altogether, Atom Zombie Smasher is a fun little casual RTS game which is a nice thing to play if you want to play something, but not something too big or long.