Out of all the games in my Steam library, there is one that overshadows all the rest, as it’s the one game I have played the most (by some considerable amount of time). That game is Prison Architect. Prison Architect is a game produced by Introversion Software that provides the player with the tools to create their own prison. It follows in the same line as other management simulation games where the player has to build and run a prison of their own design. The player starts with an empty plot of land, and builds buildings and facilities upon it so that it can receive; and contain prisoners. The player will receive money from completing grants, federal grants for keeping prisoners, and ultimately selling shares in the prison. The prison can be expanded to hold more prisoners and additional facilities. Then; when a player has had enough and wants to start again, they can sell the prison for a sum of money, which they can then use to start a new prison.

The game is (as I have discovered) very addictive. It can be so addictive to someone such as myself who likes games like this where there is freedom to build and run things. The game features a campaign mode; but to which is more ultimately a glorified tutorial. Once you’ve done the first level, you don’t really need to play it anymore. It’s not like the campaign for games like Rollercoaster Tycoon, where you have so long to build a theme park that meets an objective, then move on. The game is ultimately a sandbox game where you can freely build your prison to your heart’s content.

The game has several different types of prisoners which you can acquire, all the way from minimum, to maximum, to even Death Row. Death Row characters even have their own mini-game of sorts as you follow criteria before you flip the switch. 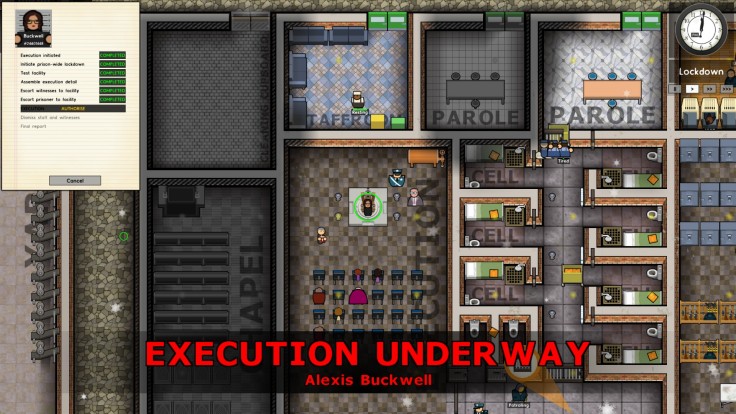 At that amount of time, it should be easily assured then that this game has a lot of replay value. My issue though with it at the moment, is that it feels like it’s beginning to dry up. The last few times I have played it, I have struggled to play for longer than 10 minutes. The reason I feel for this is because, well, it feels like what else is there to do? I have tried to make things more of a challenge for myself. I have done this by adjusting the options in the create prison menu to add:

It does create an additional challenge to the game, but when I look on the empty plot, I just lose interest. Maybe the game has run it’s course for me. It’s a game that when I am into it, I am into it. But recently it feels like there’s nothing to get into. I suppose I could try to do things I haven’t done before, an all indoors prison perhaps, or maybe I could try to finish the campaign. Maybe I am just scared to play other games, and am playing something I am comfortable in as it means I can hide from games I am too worried about enjoying. 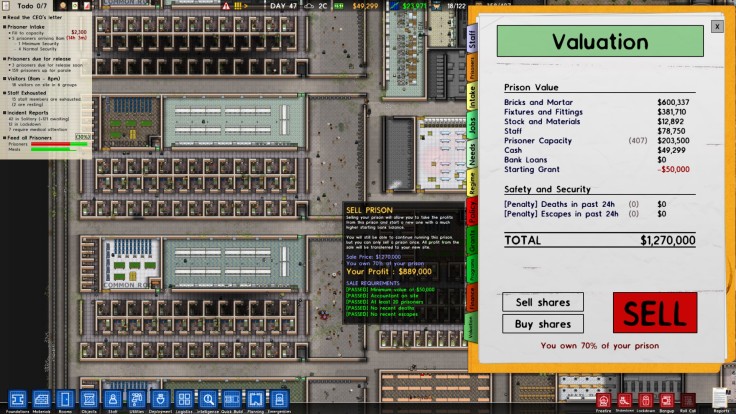 Maybe this is the sign that I should move on and play something else for a bit?