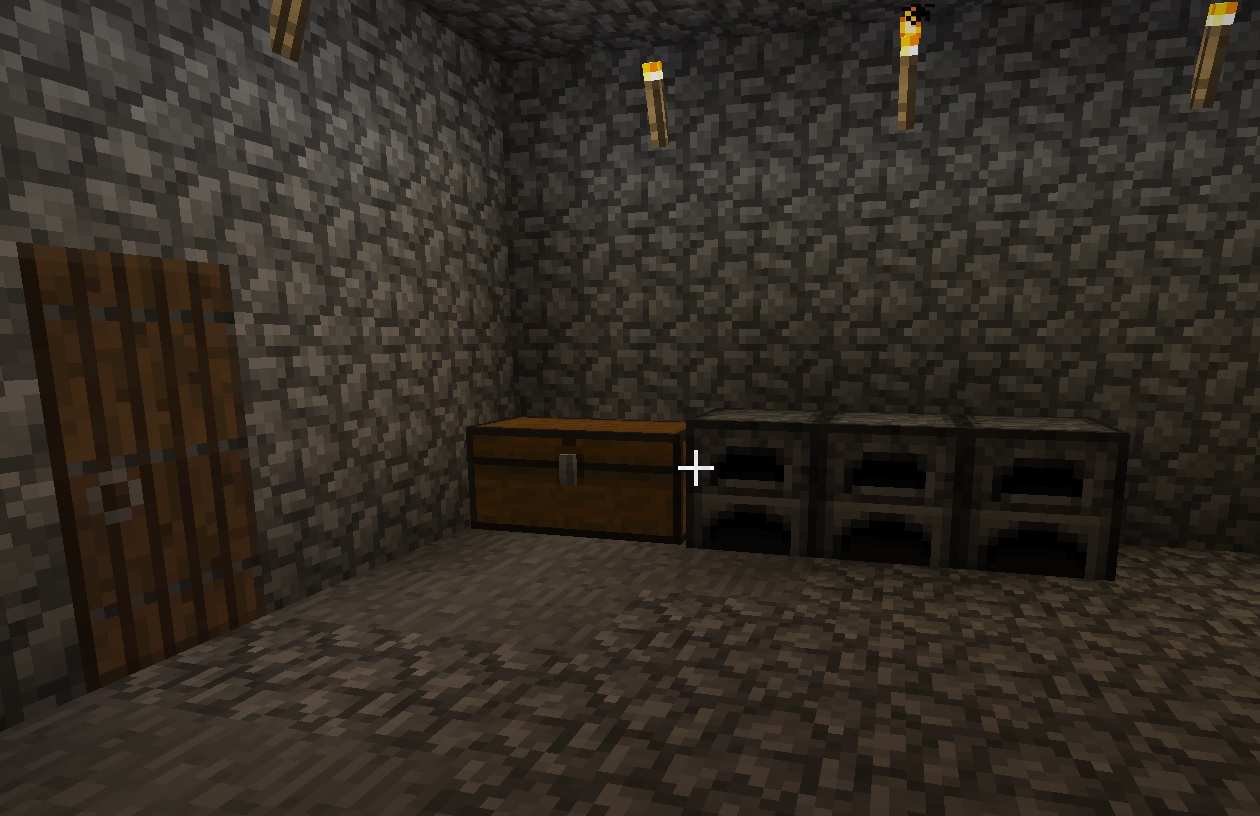 Over the last couple of nights, I have been re-playing Minecraft; and all I seem able to really do is constantly ask myself the question: “What Am I Doing?” I have been struggling of late to really enjoy the games I play. It could be because part of me really wants to do something else, possibly something more constructive/productive with my time, but what that is I don’t know, because as soon as I stop playing to do something like that, I can’t figure out what to do, nor have the motivation to do it! 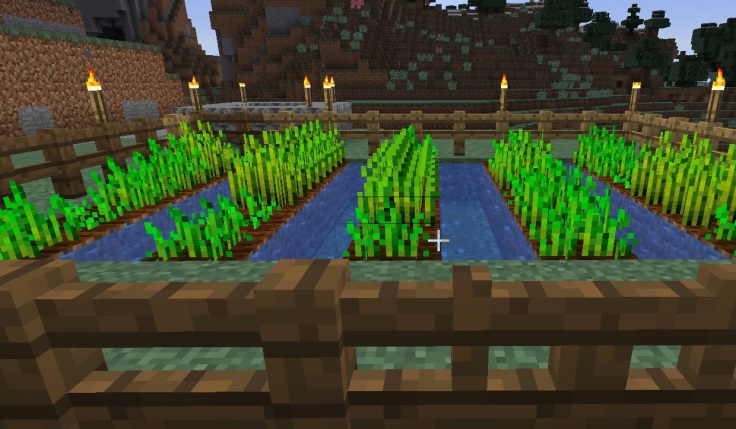 It’s not the first time I have played Minecraft. I first had a go back in 2011, and several years ago me and some friends had our own server to play on. When we did have that server, there was a time that we played this awesome mod called Tekkit which involved mining machines and engines. It was like I was in an episode of Gold Rush. But that was a long time ago, and I don’t know how to get Tekkit for my own enjoyment (maybe I just enjoy machines over good old-fashioned digging).

I decided to have another go at Minecraft as I told a friend of mine about my Minecraft Exploits from a few years ago, plus I had a re-watch of the Minecraft review on Zero Punctuation. I had to migrate my old Minecraft account into a Mojang one, then downloaded the game and played again. I found a nice valley area of sorts where I started a mining operation and built a little cave from which to dig out of. I stockpiled cobblestone and spruce tree planks to build a proper house with. I decided I wanted a penthouse studio apartment of sorts with nice wooden floors, and a balcony from which I could look out onto my land. It took some time, but eventually (roughly 4 hours or so later) I had my studio penthouse with open windows. 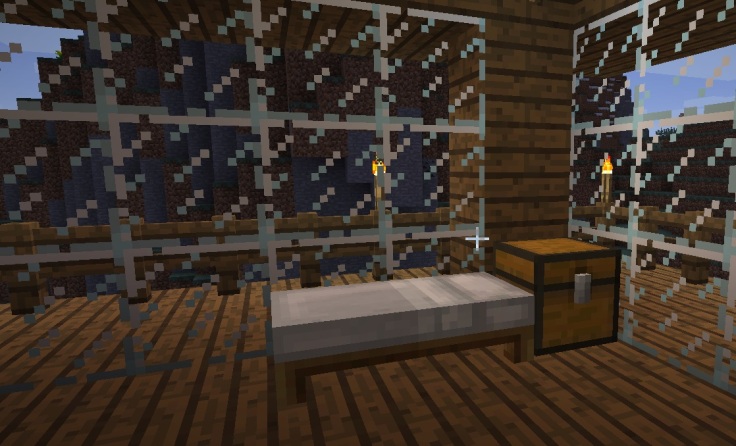 I then set about creating some level land on which to build a farm on. This mostly involved digging up dirt in order to place it elsewhere. I already had a plot of land like an oriental rice farm design where I could grow wheat, but I thought of having a spot of land where I could have some animals. I also wanted it to be nice and level, plus have room to build a wall around it. Well, the land is finished, but no wall yet; or animals. 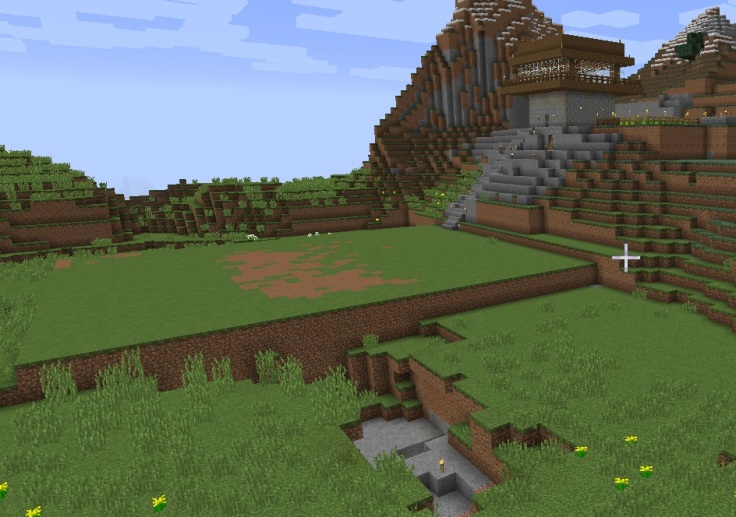 But while all this was going on, several thoughts came into my head. One was a piece from an old Scottish play called ‘The Cheviot, The Stag, and the Black Black Oil‘ in which two men try to evict the locals to the coast to fill the land with the more profitable Cheviot Sheep. Another thought was me thinking of why I was trying to lead such a simple life in a game all about creativity. Another thought was about building a super tall tower of bricks. But the main thought that kept coming through my head; was ‘why was I doing all this?’ It was like I had become BlackWarGreymon from Digimon Adventure 2.

What is all the point in this? What am I doing? What could I be doing instead? It’s a train of thought pattern which has eclipsed my gaming experience for a few weeks now, but in a world as empty as Minecraft, it comes home with a shuddering thud! I have had similar experiences with Minecraft before, but at least in something like Tekkit, I was able to enjoy it for longer (and sort of pretending I was Tony Beets at the same time), but in the end, it all becomes so samey. Surely there is something else I could be doing, but what is it? 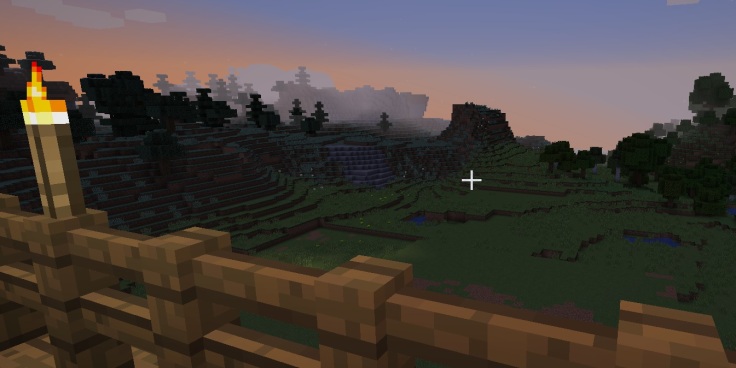 I suppose I could build that tower of bricks, it’s something to pass the time with.