In the spring/summer of 2009, I bought a PlayStation 3. Whilst I had a Wii, I was struggling to play some of the other games I wanted to play as they weren’t playable on the Wii. The motivation to get a PS3 over an Xbox 360 was due to the upcoming release of MAG the following January. I still have my PS3, but am thinking of selling it. I only have two games for it now, and haven’t really played on it in many, many months. The only reason I am keeping it is because I discovered that it can play multi-region Blu-ray‘s, which has been pretty handy; it has meant I can watch the first two Heisei Gamera movies, and Godzilla vs Biollante. The plan is to sell it so I can then purchase a Blu-ray drive for my new PC, and then hopefully will be able to continue watching those films and more.

Anyway; When I first bought my PS3, I got two games for it; Killzone 2 and Far Cry 2. I played and enjoyed both games a lot, but my PS3 encountered an issue in early August and stopped reading the discs. Once holiday was out of the way, I went into town and got it replaced; and that is still the same machine I have to this day. When I got the machine back I became extra careful with the machine under the worry it might break again, this included not playing the games the previous machine either had in it when it broke, or ones I subsequently tested it with. It took some time for me to actually start playing those games again. So for the most part I just played Far Cry 2.

Soon after I got the new machine, I watched The Dark Knight for the first time. I didn’t see it at the cinema, but given how much everyone had been talking about it, it felt like it was a film I needed to see. So in the early hours of the Saturday morning when it debuted on Sky Movies, I sat down and watched it, and immediately loved it. It was a film I couldn’t get enough of, and even began to infect my other hobbies. 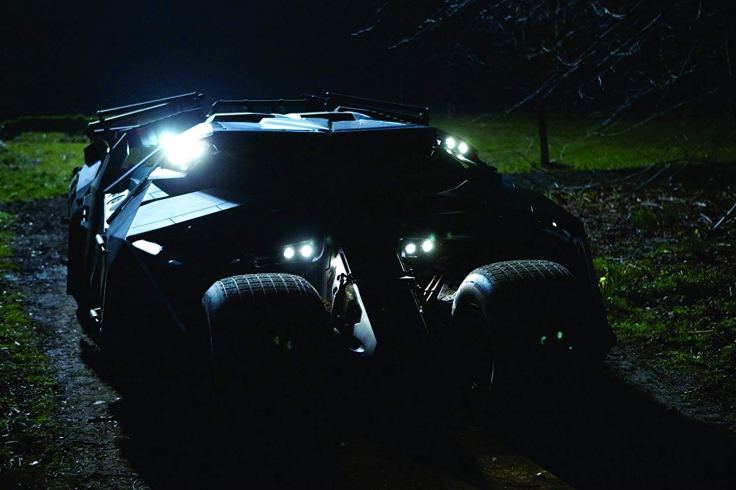 In Far Cry 2; one of the things you can do, like in many other FPS/Open World games, is drive cars. Far Cry 2’s setting of an African area features a lot of jeeps/off road/four wheeled cars. It also has other vehicles such as boats, and small family cars of sorts; but one of the other more weirder vehicles it has is a Go-Kart/Buggy like vehicle. The vehicle is pretty rare, and you need to know where they are spawned on the map in order to find them, but once you do find them they can be pretty fun to drive.

Well, due to the vehicle’s front wheel base, with two wheel stretched out in front of the player’s driving seat position; my mind immediately made connections to The Tumbler from the Dark Knight trilogy. So from then onwards, every time I could drive one of those buggy things, I did, and every time I did drive one; my mind would make me jump to the belief that I was Batman! It actually works well with the immersion aspect of the game as you are a hero of sorts trying to rid the land of war and some character named the Jackal, so pretending to be Batman in Far Cry 2 is not just fun, but is also very immersive. There is a bit of an issue though; and that is sometimes my mind would include the theme music from The Dark Knight, but on some occasion’s though would jump to the theme from Tim Burton‘s 1989 film. For an issue though, it’s not too bad.

It’s not the only time I have thought about being Batman in a video game either. When I played subsequent multiplayer rounds of Unreal Tournament at college, whenever there was a chance to jump from a great height and fall to the ground; the Batman theme would go into my head once again as it was like Batman appearing behind an enemy.

Recently I got a Mug from some friends for my birthday; and it features a great line:

“Always Be Yourself. Unless you can be Batman. In which case always be Batman!”

So yeah, even if your not playing a video game which features Batman in it; give it a go and find some excuse in the game to be Batman; it’s a fun thing to do.