A couple of months back, I published a list of 10 Awesome Movies that were released in the last decade (2010s). Now as that list was more just a list of awesome films rather than a run down of my top 10 personal favourite movies from the last decade, it leaves me room to produce further lists without having to worry about a movie’s place in the full list. So to that end, here is a follow up list of 10 more Awesome Movies that were released over the last decade. Same rules as the previous one apply, that being that this is just a list of awesome movies and the numbers next to them aren’t necessarily a ranking (they are just numbers). Basically the following films are all Awesome! Anyway, on with the show, Enjoy!

10. Jumanji: Welcome to the Jungle – A sequel to Jumanji was a long time in the works, and from looks alone, didn’t seem all that worthwhile. I was just going to let it pass by without incident. But then I did go to see it, and couldn’t stop laughing! It was fantastic, the cast of Karen Gillan, Dwyane Johnson, Jack Black, and Kevin Hart (plus the cast playing their younger selves), were each equally funny for their own reasons, packing a hilarious suitcase of comedy gold both verbally and in action. The story was deep and personal and had time for dramas, making a film that was equally a genuine good laugh, but also a very heart warming story!

9. Men in Black 3 – Much like the 10th entry on the previous list, this entry is one of the most consistently enjoyable movies from the last decade. Starring series regulars Tommy Lee Jones and Will Smith, Agent J has to go back in time to save his partner and the world from an alien threat in the form of Jemaine Clement. Added into the mix is the superbly terrific Josh Brolin, who plays a younger version of Jones in a magnificent and very funny performance. A really enjoyable science fiction comedy! Also, keep a lookout for Emma Thompson and Michael Stuhlbarg!

8. Spectre – Skyfall was a major turning point for the Bond series as it was a movie unlike anything else preceding it, so there was a lot of hope and anticipation for the follow-up. Spectre was just as enjoyable as Skyfall, it wasn’t necessarily as great, but was still a brilliant film nonetheless. The way the Spectre organization was portrayed, and the dual narrative of Bond’s mission, and the events taking place back home all lead nicely up to an epic conclusion you won’t want to forget in a hurry. Plus, Lea Seydoux is quite probably the best Bond Girl to date!

7. The Shape of Water – The Shape of Water was quite simply, a very beautiful film. Yes it had it’s scary and quite often brutal moments, but the story was a science fiction-esque fairytale of love and romance between two characters who stand out due to their inherent differences. It’s a story which demonstrated what beauty really is, and that monsters don’t necessarily have to be non-human!

6. Bohemian Rhapsody – I was pleasantly surprised at how enjoyable Bohemian Rhapsody was. I had no real interest in watching it at all, but then caught some of it over two viewings on Sky Cinema. It was a really deep story which chronicled a band, and the front man who lead it through a very successful rock career. It was a story that was told exceptionally well, as it focused on a character who was a very deplorable person, in his actions and life, but then began to change and improve, and became someone to really root for. Backed up with some classic rock tracks from Queen themselves, and it all came together, concluding with a rock concert!

5. Krampus – As 2015 (finally) began to close down, there was one film everyone was looking out for; The Force Awakens, but just before that, there was a minor Christmas horror movie released. Based on the Bavarian Christmas character of the same name; Krampus was a story of a family trapped at home in the run up to Christmas, who were stalked by a menagerie of terrifying creatures all under the command of a ruthless spirit! It was a terrifyingly scary movie which took it’s Christmas theme and ran with it, creating haunting imagery that sometimes made you laugh, but most of the time made you want to hide under the bed!

4. Unstoppable – The last movie to be directed by Action Supreme Tony Scott. Based on actual events, and starring Chris Pine and Denzel Washington as two railroad workers who chase down a runaway train before it can potentially blow up! Featuring real hair raising action sequences, plus real footage of actual trains travelling through cities, its amazing how the tension feels so real, and no matter how many times you watch it, and know how it’s going to end; it still feels fresh and exhilarating, like you were watching it for the very first time!

3. Alan Partridge: Alpha Papa – Quite possibly the funniest film of the last decade; featuring a terrific return to form for Steve Coogan‘s most famous creation! It is quintessential Alan Partridge, as the radio DJ gets involved during an armed siege at his own workplace. Featuring the return of classic characters Lynn (Felicity Montagu) and of course Michael (Simon Greenall); this is a real treat for fans of Alan Partridge!

2. The Dark Knight Rises – By 2012 it was becoming clear that Superhero Movies were the new hot trend in cinema. With new X-Men films in development and the impending release of The Avengers, everyone was taking notice. But before Marvel could take over the cinema landscape, there was one more major release to come! Completing the trilogy of Batman films that began with Batman Begins through to The Dark Knight, The Dark Knight Rises had a lot of anticipation, and did not disappoint, creating one final epic story that featured character, struggle, drama, and of course; Christopher Nolan‘s unique vision for action. Nearly a decade on since it was first released, and it’s still an epic conclusion to an epic trilogy, and one fine film in it’s own right! 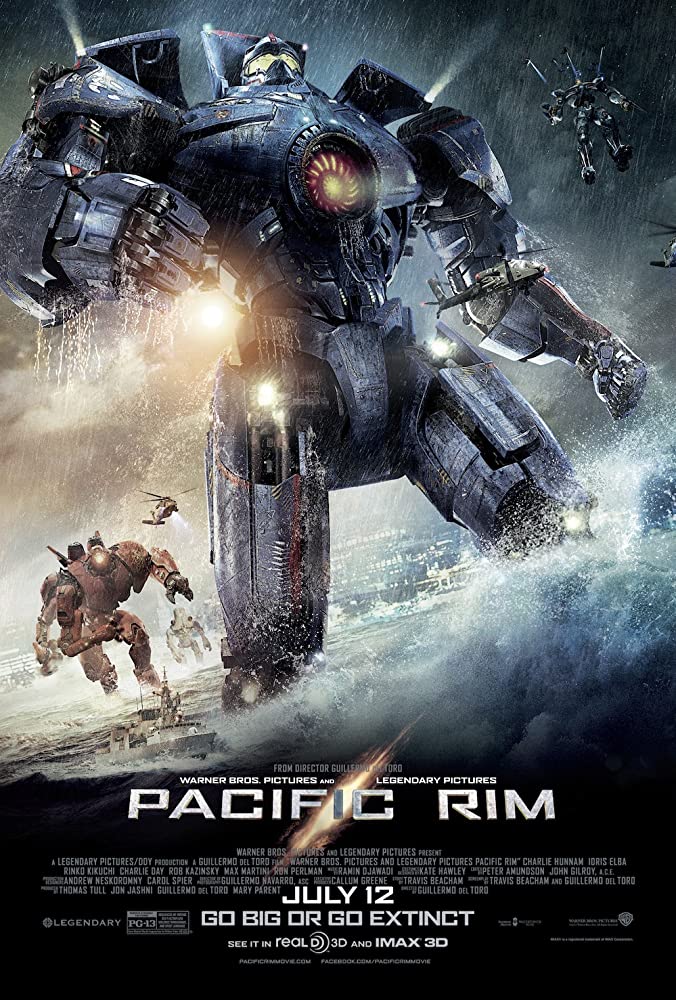 1. Pacific Rim – The second of two films on this list to be directed by Guillermo del Toro. Pacific Rim was a film I just couldn’t wait to watch, for weeks I would watch the trailer over and over again, finding out as much as I could all as time passed by. When I went to see the film, I absolutely adored it. It was the first time that I saw a 3D movie, which actually was a 3D movie, not something that was converted and spliced together after production had wrapped up! The story was very enjoyable, and the Monster and Robot fights were epic and captivating, plus it came with a pretty cool soundtrack! To this day it still stands strong as a unique and incredibly fun Monster Movie that everyone should see at least once; if not twice+!