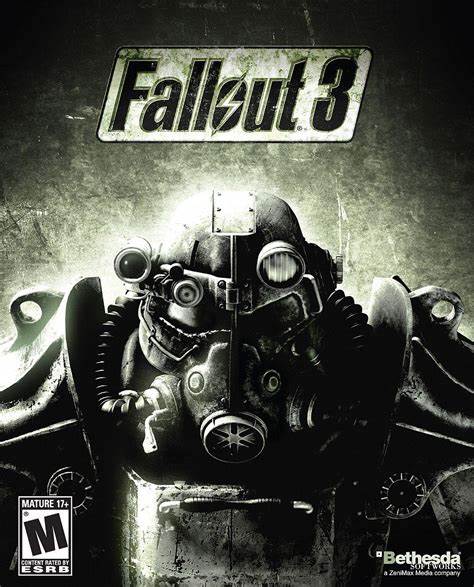 Fallout 3 is a role-playing video game released in 2008 by Bethesda Softworks. The idea of the game is that players explore the open-world of Washington D.C. after a post apocalyptic event which has turned the capital into a nuclear wasteland! Upon release the game was met with critical acclaim, and has been regarded by many as one of the greatest video games ever made, and is a usual fixture on many gamers and websites top game lists. I however, have a very different view on the game!

I didn’t buy a copy when it first came out, it was nearly two years after the game was released that I was finally able to give it a go. It wasn’t like I didn’t want to play it, I had been very keen on trying it for a time, even before the game was actually released. It wasn’t until I had a console that I could play it on that I was then in a good position to play it. I found a copy in my local branch of GAME at a good price one day, and thought, yeah; I will give it a go. 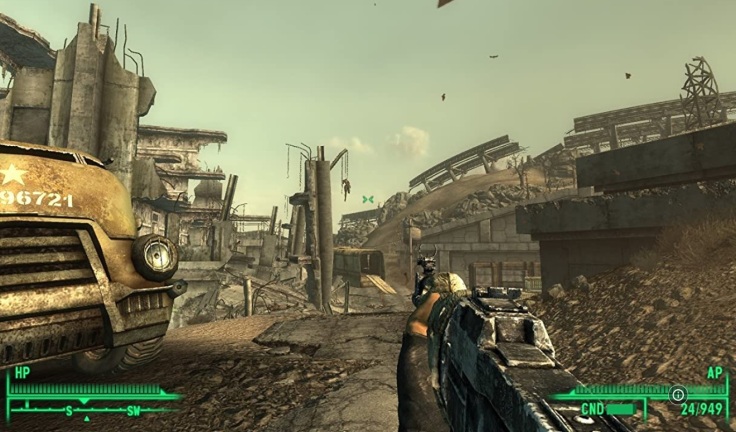 I took the game home, and put it  into my PlayStation 3, and began to play the game. From the start it was a game that I had an uphill battle with. I don’t remember much about the vault bits, apart from the party and meeting some characters. I then remember giant bugs getting into the vault, and then dying because I didn’t know how to fight them, but eventually I got out and was in the wasteland. I had a hint to go look for my character’s father, but that seemed miles away, so I just went for a short walk, and saw the robot outside Megaton. I went for an explore, and discovered that I needed bottle caps for currency, so I got a little job that meant collecting someone’s debts, and then got my first in-game payment.

Then I went on another job to a local supermarket, to get some more caps. When I reached the old supermarket, there was a giant scorpion outside. I didn’t have much in the way of weapons to defend myself, so I shot it with a BB Gun, in the hope of scaring it off, but it just came after me instead and I died again. Sometime later I gave it another go, and when I reached the supermarket, the Scorpion wasn’t there; so I was able to go in, where I had to sneak past some in NPC villains, to collect whatever t was I had to collect. Upon leaving the supermarket, some kid told me that their parents were under attack from giant ants, but as I was not equipped at the time I had to pass on assisting him. 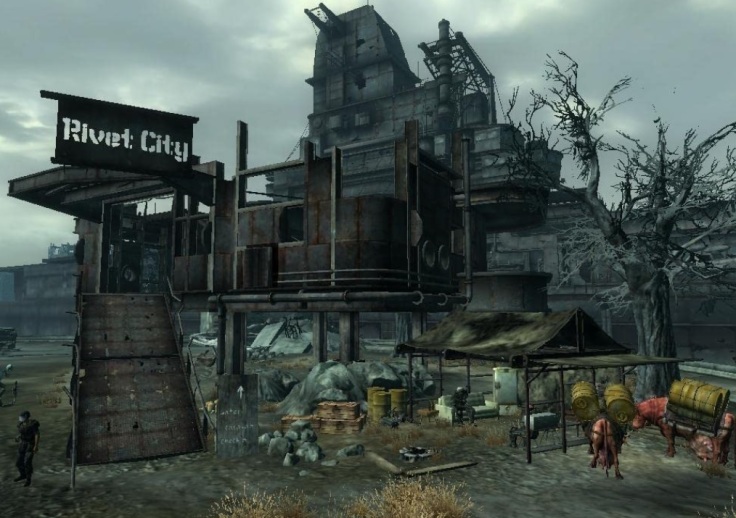 I did explore here and there, but by this point I wasn’t really enjoying the game all that much. So I went looking for my character’s father, and came under attack from the locals, and even an Behemoth, so I got out of there. Then I had a go at the Megaton Explosion mission; you know the one where you rig the Nuke to explode. Using some kind of alcohol, I was able to rig the thing to explode, and then went to Tenpenny Tower. With the tower in sight; I was then attacked by some dog/pig creature and was killed. By this point I had had enough.

Over the years that passed, I was at a complete loss as to why I didn’t enjoy this game; and from this experience alone, decided not to try another Fallout game since. For a time the game sat on my shelf not getting played. It wasn’t until near a year after first purchasing it, that I finally traded it in for a copy of Brutal Legend, which I enjoyed a whole lot more!

In recent years though I have come to understand more as to how/why I didn’t enjoy playing Fallout 3. The reason is simple; I was playing it wrong! I went into playing it thinking it was like a first person shooter; when it’s not that at all: its a role-playing-game. Not having much experience with RPG’s, I was unable to understand how to play them, or even what to do from a basic standing point. What I should have been doing is starting off small and building my character up, with the quests being a way to learn and discover more! If I played it like this, things could have been different.

In the last ten years I have played more games that have had more of an RPG feel to them, and have enjoyed them a whole lot more. The two standouts being Borderlands and Breath of the Wild.

When I first played Borderlands, it was a Christmas present from my brother who thought we could play co-op together. When I looked at the images however, I was running scared thinking it would be Fallout 3 all over again! But as time passed I really got into the game, and have since understood better how to play RPG games. The Borderlands series has since become one of my favourite game series, with the first being one of my all-time favourite games. With the knowledge from Borderlands, I was then able to understand Breath of the Wild at a good enough level to know how to play it properly. It was tricky and rough, and for a time used an online walkthrough as a guide, but I absolutely loved playing that too.

Playing these games hasn’t re-sold me on the idea of playing a Fallout game though. I think due to my negative experience the first time round; it puts me off wanting to have another go at it. But from that experience and playing similar games since, I at least now have a better understanding on how to play these kind of games.

Should I give Fallout another go?