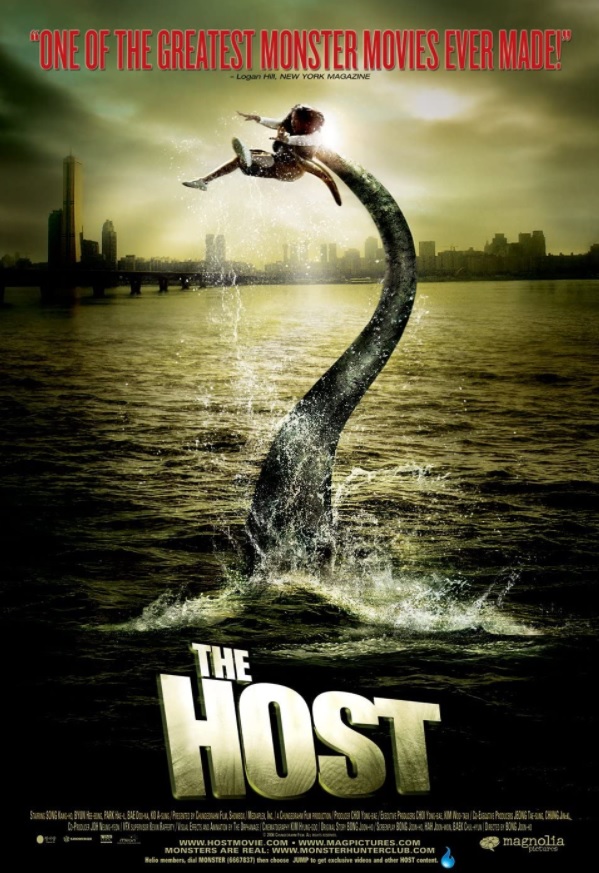 The Host (as pointed out in the above picture) is easily one the best Monster Movies ever made! It’s hard to follow up on that statement, and it feels like that line could just be the entire post, but that won’t be much of a fun read. The Host is a great movie, one of my all time favourites, and one of the standout releases of the entire genre. I might even suggest that it’s the best monster movie that does not feature Godzilla in it! It’s probably true, but I can’t say for sure; especially as there have been lots of other cool monster movies released in the last few years. Basically, it’s right up there with the best!

Directed by Bong Joon Ho; The Host is a South Korean film released in 2006. Following on from the success of Memories of Murder, this film was very highly anticipated, and at the end of it’s theatrical run it became the highest grossing South Korean Film produced to date (at that time). The film follows the actions of a small family, one of whom has been kidnapped by a strange creature that has been sighted in the Han River. 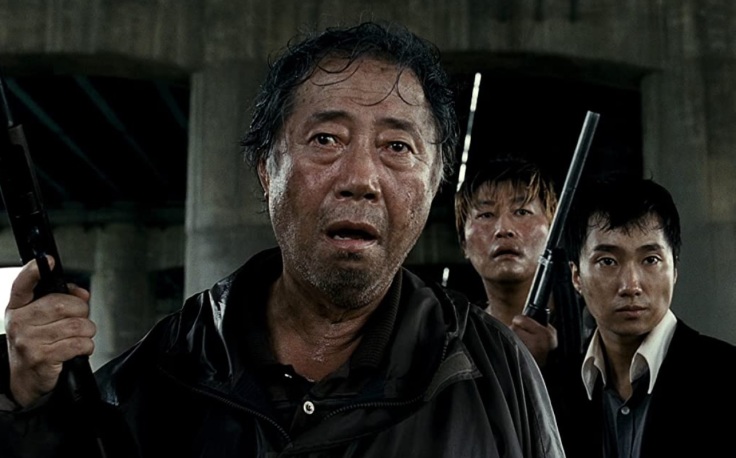 The film’s setup is pretty cool, especially as one of it’s most interesting scenes is right at the start of the film. The scene features two pathologists; one American, the other Korean. The American points out several bottles of dusty formaldehyde, and orders his colleague to pour all 200 bottles down the drain. As a result, the chemical flows into the Han River. Over the next few years, several sightings are made of a strange creature. 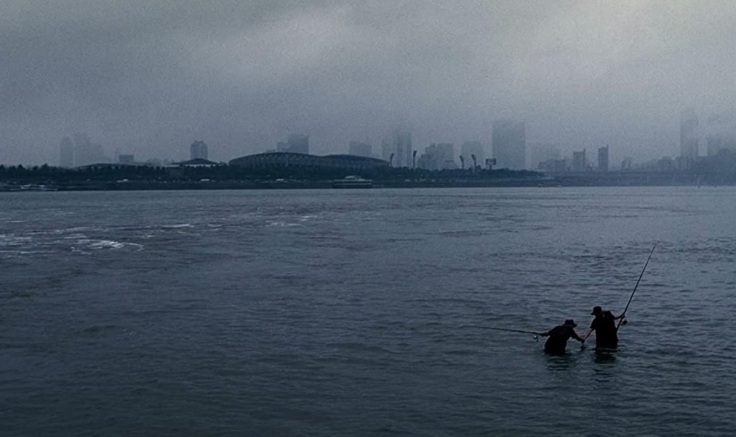 Roughly 5-6 years later, the film switches focus to the Park family, particularly the slow and dim witted Park Gang-du (Kang-ho Song), who runs a snack bar with his father Hee-bong (Byun Hee-bong). Gang-du has a daughter (Ko Asung), and together on a break they watch Gang-du’s sister (Bae Doona); a competitive archer on TV. Gang-du is then tasked with apologizing to a customer, but notices that everyone by the river is looking at a strange creature. After throwing stuff at it, the creature seemingly swims away; only to then emerge from the river and go on the rampage! In the hustle and bustle of activity, Gang-du’s daughter is snatched by the creature and dragged into the river. People at the park are then sent into quarantine, as it’s feared that the creature carries a deadly virus!

The Host is a very clever movie as it does things differently from other movies of the same genre. Firstly; whilst it is a monster movie, that’s not where the film’s plot is focused on. The focus is on the grieving family who have lost one of their own, and the attempts they go through in getting her back. Meanwhile, the film also checks in on the kidnapped family member in the creature’s lair. The creature is a major plot point, but is only really there to create the situation for the family drama. In this respect it’s a lot like the film Colossal; in that whilst it may look like a Monster Movie, it is in fact something other than that. This family drama situation really helps in the development of key characters, as we get to see their faults, but how through the situation they improve and grow closer together. The film’s idea to shift focus from different characters perspectives is a nice additional treat, as while characters continue to split up from one another, their stories all eventually converge.

Secondly, whilst it tends to slot within the monster movie genre, the monster in it isn’t really that big! It’s only bigger than people, and a few cars, it is smaller than a single decker bus! But, in this design it allows the film to be as personal as it wants/needs to be. Having a huge titanic sized monster is Awesome, but I doubt they could have had much of the same family dramas that they experience if the creature in this film was the same size as Godzilla for instance. It needed to be much smaller, to really separate the family from one another. 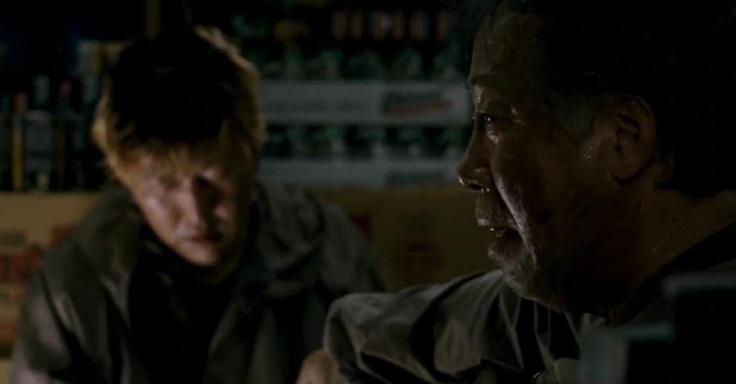 Thirdly, even though the film is a family drama/monster movie; it features a lot of comedy. It’s a very funny film with ridiculous situations, and instances which make you laugh. Even scenes which for characters may look incredibly sad; the way the films presents those scenes, it makes them look hilarious. 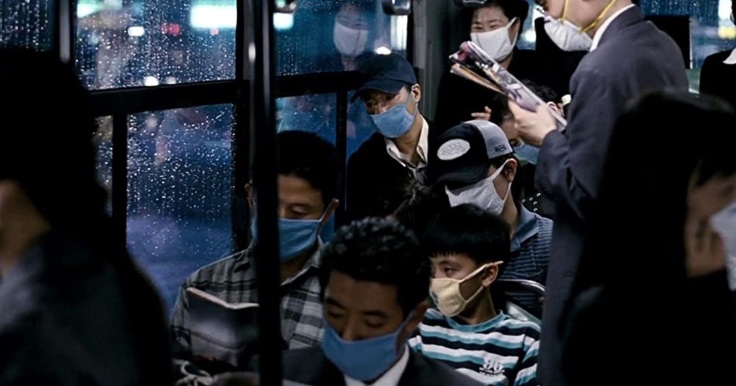 Whilst all this is going on, the film continues to delve into the mysterious scientific areas of the film’s core plot detail. It talks about the ‘virus’ within the creature; and makes characters national enemies and most wanted due to contact with it. It then all leads up to a well produced final showdown, using it’s scientific ideas to create a cool and visually well designed battleground. Add to this we also have an interesting collection of pieces of soundtrack. These are used to great effect to convey the correct emotions from the audience, highlighting sad scenes. But we also have high adrenaline pieces to convey high moments of both mystery and action! 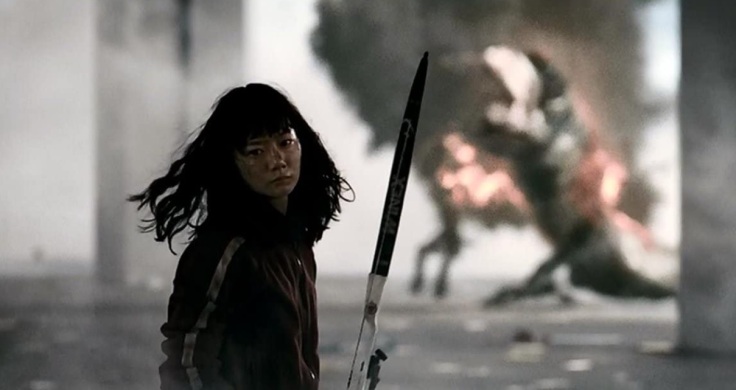 The Host is a simply Awesome Movie. It is hard to really drill down into it without giving too much a way; but I can still say though, that I highly recommend this film to anyone, and everyone, who wants to see a top quality production (be warned though if you are as squeamish as me when you see medical equipment)!