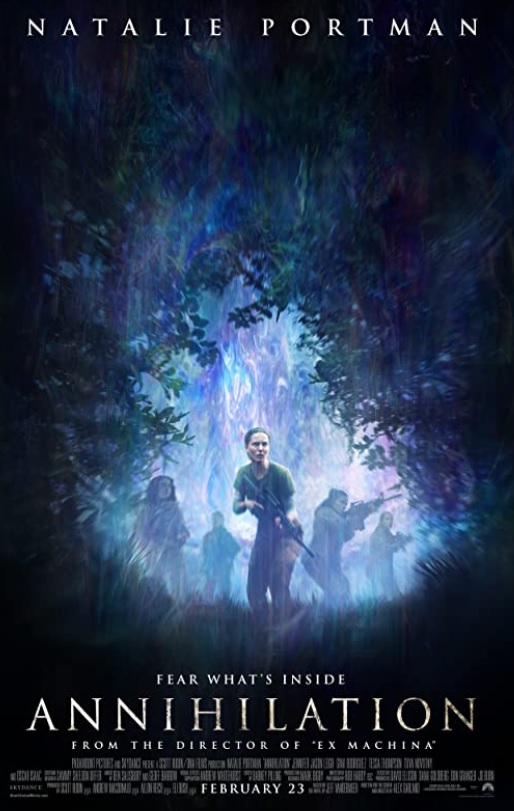 I have just watched Annihilation; and it was really weird! Directed by Alex Garland, and starring Natalie Portman, Jennifer Jason Leigh, and Tessa Thompson; Annihilation is a Science Fiction Horror movie, about a group of scientists and soldiers, who journey into a strange wall called the shimmer to see what is going on. It’s a strange mix of styles as the film tells parallel stories. The setup is sort of like the film Sputnik; while the day time scenes in the shimmer, are relaxing and tranquil; sort of like the music video for Safe and Sound by Taylor Swift. The rest of the time though, it’s hard to understand what is going on. A little bit more light in the dark scenes would help in seeing  the creative creatures lurking in the dark; where as the main story struggles in helping you to understand what on earth is going on! You’d think that all these strange moments of wonder would clear themselves up by the end; but they don’t, as you are more none-the-wiser than when the film started! It is so hard to understand; is it a Science Fiction journey, a Survival Horror flick, or a Romantic Drama; but by the end of it all, you really have no clue as to what it is, or was. There’s probably no shame in reading the synopsis on Wikipedia before or after viewing; because without it you may struggle to understand any of it! Tuva Novotny‘s part in the film though was really good!