A shy young kid whose parents are always working, and is terrorized by a local bully; dreams of visiting Monster Island and hanging out with Minilla, and of course, Godzilla!

Released in 1969, and directed by Ishiro Honda; All Monsters Attack is the tenth film in the Godzilla series, following on from Destroy All Monsters, which was originally supposed to be the series’ climax. So, Ten films in, can we celebrate with a classic: NO! All Monsters Attack has a bit of a legacy, in that it is highly regarded as one of the worst film’s in the entire series! For me personally, it was, up until a couple of years ago, at the very bottom of my list as the single worst entry in the series. Now another film has come in to take that title, which means that percentage wise, this film is now two times better than it was, but that doesn’t mean it’s now a classic, it’s still a low scoring film!

The story focusses on young boy Ichiro (Tomonori Yazaki), who has a shy and lonely life, with his next door neighbor (Hideyo Amamoto), being his only real friend (other than Sachiko (Hidemi Ito) seen briefly at the start and end of the film). Ichiro lives in the highly polluted industrial area of Kawasaki; and both his parents are pretty much away working all the time. He is also regularly bullied by a kid called Gabara (Junichi Ito), so, in order to escape his dim reality, he fantasizes about going to Monster island, where he befriends Minilla (‘Little Man’ Machan), who is dealing with a local bully also called Gabara (Yasuhiko Kakuko).

The film isn’t really that much of a Godzilla film; in that the kid’s story takes up much of the film, and on Monster Island, Godzilla is more of a supporting cast member. There are no city destruction scenes, but there are plenty of Monster fights; but there is one glaring issue with them: most of them, are stock footage! Due to production costs, extensive stock footage was taken from previous Godzilla films, and one King Kong film. Now Stock Footage would come to plague the series during the 1970’s, but this was the Genesis of that.

Stock Footage could be argued as a useful thing if used sparingly if the budget prevented small shots from being taken. In the 1970’s, many pieces of film stock footage just involved scenes of Tanks, and soldiers moving around, and whilst this is noticeable, it’s ok. Just not really entire fight scenes with even more glaring problems created. Using shots like Gorosaurus (not complaining, I love Gorosaurus) from King Kong Escapes, or other monsters such as Rodan, Anguirus, Manda and others from Destroy All Monsters is not too bad either, to a degree. But ripping entire fight sequences from other films to populate this one; yeah, it’s not great. 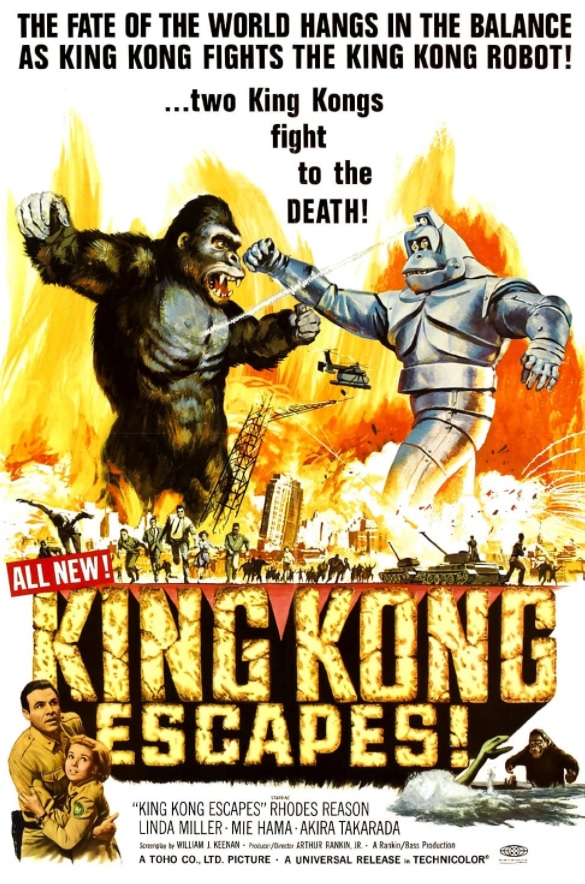 The film plasters in the Condor, and Jet fighter attack, as well as both Ebirah clashes from Ebirah Horror of the Deep. It also features a large amount of footage (mainly fight sequences) from Son of Godzilla too, as well as a brief piece of footage from Tiger Flight (which as far as I am aware, only discovering it just now, wasn’t even a Monster Movie). In terms of number of films with ripped stock footage, it’s pretty low, but to the degree how much of these films sequences are used; it’s pretty criminal!

The use of stock footage could be forgiven if it wasn’t so obvious, but again, it creates a couple of major continuity issues. Firstly, the ever changing design of Godzilla’s head, is on full display. It’s not even hidden, it’s just a montage of changing styles of head. Also, due to the times of day scenes are in; well, lets put it like this. Ichiro and Minilla are watching the Godzilla Ebirah fight during the day; yet somehow, it’s dark and gloomy night down at the sea, before suddenly turning to day again! Monster island must have weird weather and sudden day and night switches, it’s the only explanation!

Having just watched this film again for the first time in years, I do have a different perspective, (of sorts) with it. It’s not as boring as I remember it to be; but it is still pretty dim, and rather questionable. The film is sort of set-up rather simply and easily, and the tone of the film is more in favor with a younger audience; teaching kids to stand up for themselves, and showing how to overcome adversity, but to a questionable degree. The idea of kids responding to violence with violence, doesn’t seem like the lesson that should be learned. Ok, defending yourself against kidnappers/thieves is something the ‘hero’ should do; you have a right to defend yourself. But to stand up to a bully, by sinking down to their level; are you sure that’s what you want to teach kids? And, to another point, if you do want to teach kids this lesson, are you sure presenting a fight where Godzilla rips off an enemy’s limbs is a good way of showing it?

The thing is now I am a bit more struck back. I remember not liking this film years ago, but watching it now; it’s not as awful as I thought it was. Yes it has problems: the special effects are off, the amount of stock footage is annoying, the kids interactions with other kids are just creepy and weird, with an ending that doesn’t really make much sense, the dialogue is frequently nonsensical, and Godzilla doesn’t come off in a good way in the parenting department! But other than that, it’s just sort of simple and level.

The film’s choice of title though is still a mystery. OK, it’s far better than the American release name; “Godzilla’s Revenge”, because, well, what is Godzilla looking out for revenge for, he is barely in this film to constitute this film being anything to do with him? Maybe Minilla’s Revenge was more appropriate. But again, All Monsters Attack, surely it should be more like; Some Monsters (on this island full of Monsters) Attack! The best choice of title for this film is still out there, but, I think there is a better option still. Again, the American distributors choice of titles is a great mystery, but their choice of words for Godzilla vs Gigan’s American release: Godzilla on Monster Island, would have been the ideal choice for All Monsters Attack’s true title (but with the name Godzilla changed to Minilla obviously)!

Gabara has a cool menacing design, sort of like the final version of Jeff Goldblum in The Fly. He has a cool offensive attack, and stalks his prey in a sinister fashion, but he’s sort of okay. Not going to be a major villain down the line, but for his purposes in this film, he’s alright. The scenes where Godzilla isn’t Stock Footage, are pretty good, but again he doesn’t come across as good on a parenting level. Also, is Minilla somehow related to the X-Men villain Apocalypse in how he can change his size? Oh, and another thing: with this film leading on from Destroy All Monsters (and even using it’s own footage); why is Minilla’s ring attack thing now useless again? In DAM it choked the mighty King Ghidorah, but now, it’s useless against anything else it touches. Has Minilla lost the magic to this powerful technique, or is Gabara somehow more tougher/more powerful than King Ghidorah? 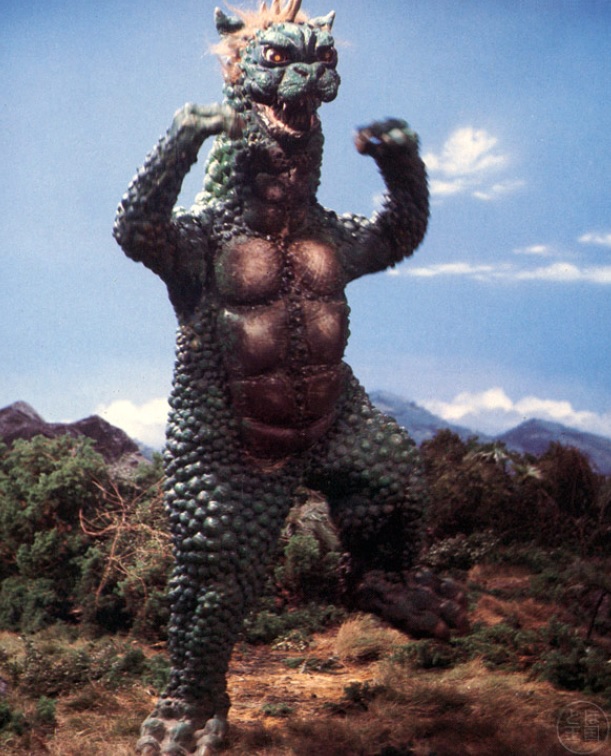 The film’s music isn’t all that bad either. What could be argued as kids screaming into a microphone, actually comes off rather well, highlighting the cool collection of songs to follow in Godzilla vs. Hedorah. It’s shouty and loud, but again it’s alright.

It’s a bit of an oddball film, and not as bad as I remember it being. Maybe because I am now older and wiser. It’s still probably not all that high on my list of favourites though, as while it’s presence has improved from one viewing, it’s still low down in comparison to a load of really good films above it, keeping it suppressed down. It does though have one positive going in it’s favor: it’s no longer the Worst Godzilla film ever produced; that honor goes to: Godzilla: City on the Edge of Battle!