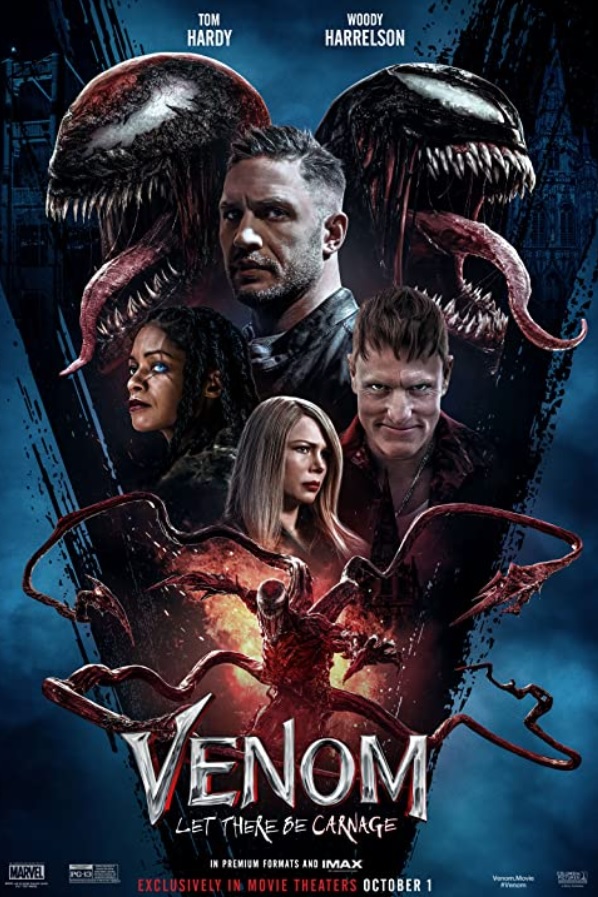 I have just seen Venom: Let There Be Carnage; and it was alright! Directed by Andy Serkis, and starring Tom Hardy, Woody Harrelson, and Michelle Williams; Venom: Let There Be Carnage is a superhero film continuing the exploits of Venom after his previous movie. This time around he has a real challenge on his hands, as his offspring is now on the loose in the form of Carnage. One of the things I found rather striking with this film was the large amount of British cast members filling up some of the roles; with both Stephen Graham, and Naomie Harris taking up leading roles, whilst both Reece Shearsmith and Rosie Marcel provide minor supporting roles. The comedy from the first film is still there, and the love hate relationship between Eddie and Venom acting like an arguing old couple is when the film is at it’s best. The rest of the film though is rather blurry and nonsensical. The fight scenes constantly jump around and don’t make any sense, the story is quickly told with no real room for explanation, and everything else is pretty much blink and you’ll miss it! If only they could just slow everything down, take a breath, take a beat, and just slowly tell you things; and then it wouldn’t be this confusing pile of what! Is it too late just to start all over again, and go back to the original story?