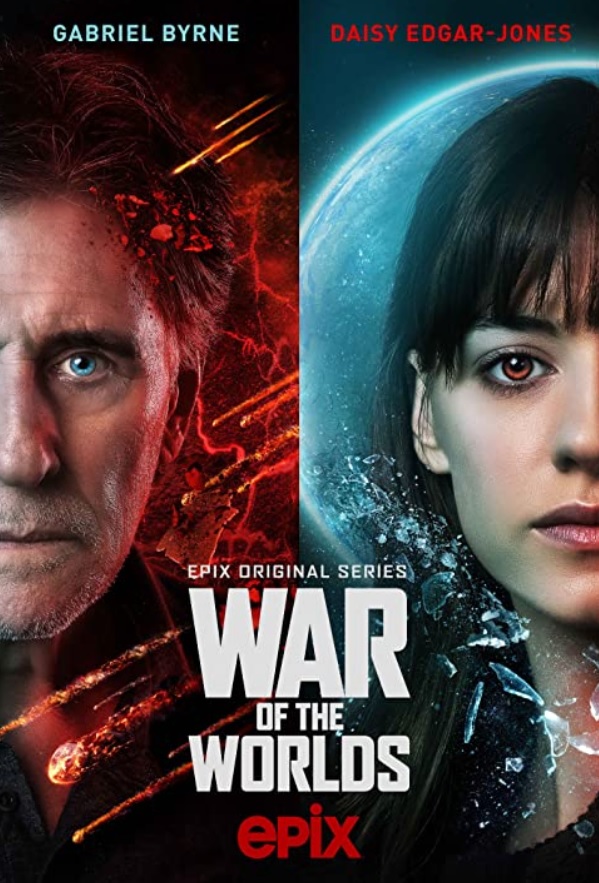 Recently I have been watching the second season of War of the Worlds; and it was pretty good! Created by Howard Overman, and starring Gabriel Byrne, Daisy Edgar-Jones, and Léa Drucker; War of the Worlds season 2 continues the loose adaptation of the novel of the same name by H. G. Wells. The series kicks off where the last series ended, before then jumping ahead by six months, as the survivors try to fight back against the now revealed aliens, hiding a sinister past. It was a bit of a strange second season, as many of the cool hallmarks that made the first season are sort of gone. By jumping ahead six months, it leaves out important details, such as the now visible large discs in London; which weren’t there before. Key members of the first series are killed off quickly just to make the human’s story as difficult as possible, and some of the terrifying moments of the first series are now just non-existent. The story basically plateaus as it reaches it’s middle point, and other good key cast member’s (like Edgar-Jones and Bayo Gbadamosi) storylines and development are now ditched in favor of characters who you just want to see get killed off as quickly as possible, the main one being Mathieu Torloting‘s psychopath. It doesn’t really feel like a science fiction show anymore, more like your everyday generic post normal life survival drama, it only really begins to fix itself in the last couple of episodes. It lacks that spice, that the first season created so well, where as this season, just sort of ran a bit flat, and doesn’t show any sign of where it’s going. But; there is just enough of some spice, to keep you hooked in. It’s not like Westworld where it started off great, and then just rolled downhill; this one carries enough of a flavor to keep you interested, with the sign of hope that things may get better soon. It’s kind of weird, but whilst the show has lost some of it’s enrichment, all other pieces of engrossment from the first season are still there; such as great characters, a little bit of science, and the ideas and feelings of what life is now like from a rather small alien invasion. Hopefully though the third season will bring back some of the delights of the first season!