It has been a while since I have posted an Awesome Movie list from the last decade; but there is a good reason for this: I am running out of films! The more I do lists featuring a collection of awesome films from just the last decade; the shorter the list of awesome movies get. I have so far only done three of these lists, but it does feel quite sad when I am struggling to think of anything to feature!

It’s not just that though; as there have been many films of different genres, my mind pondered doing lists of certain genres; such as monster movies, and of course superhero movies. But even then that becomes a struggle as I contemplate as to whether I can mention previously mentioned films, or if I need to keep the lists unique.

But in the end, there are still some amazing films which deserve a mention; and so I have decided for now just to get back to the normal list, and try to get those other deserving films a major mention. So here we are again, determined to post another collection. And just like before; I should mention that ‘This list is simply a representation of a collection of Awesome movies; 10 doesn’t mean anything, nor does 1; all these films on this list are amazing no matter where they feature on it’. So, without further ado; here are an additional 10 Awesome Movies from the Last Decade; Enjoy!

10. Fighting With My Family – Fighting with My Family was an interesting film to see for me personally, as I did see Paige wrestle in Morecambe once as Britani Knight; and kept an eye on her career to see where she went and how she did once she went to WWE. So as someone who knew something more about the actual history, it was interesting to see. Some of these events though were sort of discarded in favour of drama and possibly PR for WWE; so it’s not a totally accurate biographical drama; but it still has it’s cool moments; and is held together by a really good cast!

9. Interstellar – After seeing Tenet (most of which I could not hear); I am beginning to wonder if Christopher Nolan has reached his peek? It seems like that his main standout films took place between 2005 and 2012 with The Prestige; Inception, and of course his three glorious Batman Films. It just feels like he is struggling to reach those amazing heights. Interstellar wasn’t bad; Interstellar proves he is still capable of delivering an outstanding movie both visually, dramatically, and of course musically; but I wonder if it signaled the beginning of the end?

8. The Wind Rises – The Wind Rises is the film responsible for introducing me to the wonders of Studio Ghibli. As the first Ghibli films I saw, this film holds a special place in my collection. Its a very interesting film because whilst it is a historical drama, much of the biographical nature of the story is fictionalized, but is still, about a real person: Jiro Horikoshi. The animation is of course absolutely beautiful and works seamlessly to create incredible imagery you wouldn’t think were possible in an animation. Plus the story is very strange in composure, as it seems like it’s just one happy life, but all ends in a surprising, and tragic way!

7. The Meg – It has been a real treat for a Monster Movie fan to see a nice collection of major monster movie releases in the last decade. We got some real treats; including Rampage, Pacific Rim, and of course Godzilla. The Meg was another one of these enjoyable treats. It’s silly, it’s comical, a bit camp and cheesy in places, and does seem to borrow plot elements from Lake Placid; but when it’s all brought together; it’s a genuinely fun, and entertaining film about a giant shark. What more could you possibly want? 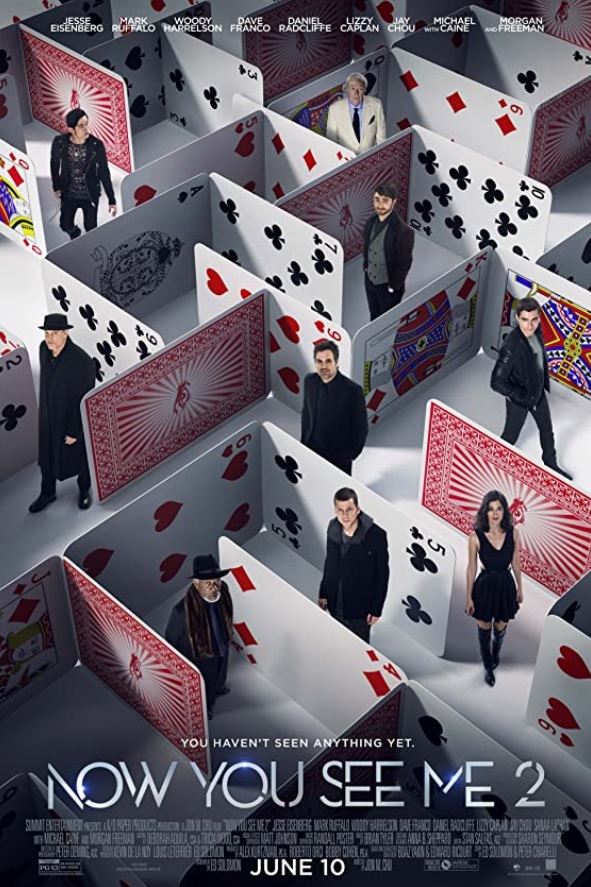 6. Now You See Me 2 – Now You See Me and it’s sequel have become two of the most enjoyable films I have seen in the last couple of years. The idea of using Magic shows as a heist is really cool, plus the whole Penn and Teller style way of explaining how they pulled off the heists at the end of the films is a really cool and unique feature. Now You See Me 2 does struggle a little bit due to it’s change of perspective; but the new additions to the cast are pretty much awesome, and occasionally surprising. I do really recommend both these films; and am looking forward to see what (if there are any more) comes next! 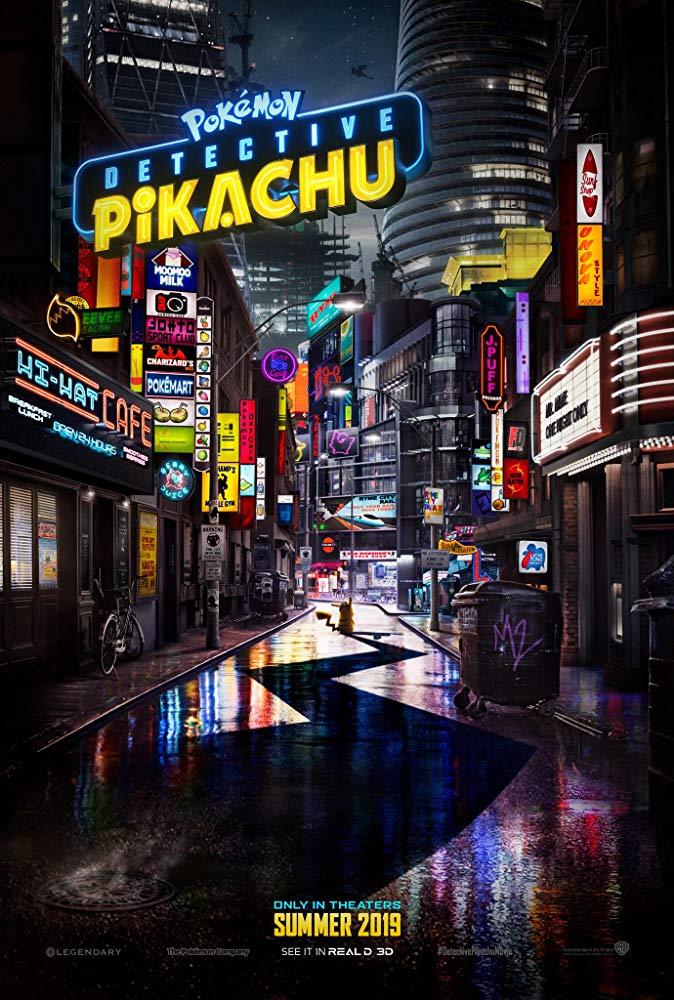 5. Pokémon Detective Pikachu – Ryan Reynolds really found his calling in the last decade; as a mastermind for totally outlandish comedies that are more than just the same old material. First he gave us Deadpool, then another Deadpool, and then this! Pokémon Detective Pikachu basically took the aspects of Deadpool that made those films such a runaway success; and then applied that comedy to a more family orientated film based on another beloved franchise. Detective Pikachu has something for everyone as it tells a very unique story, and packs a punch with hard hitting action sequences, combines that with some deep dramatic moments, and of course laugh out loud comedy, to create a really cool and entertaining movie; which more than deserves to be a full blown movie franchise!

4. First Love – During the last decade; director Takashi Miike reached an amazing milestone, as he directed his 100th movie. But it wasn’t this film, this film was about another five films later. First Love is a very interesting film, as it works on being as unexpected and chaotic as possible. You expect the film to do one thing, but then does the opposite; and it keeps on with this trend, for most of the film. It’s a chaotic blend of weirdness, which whilst it is a violent gang action movie, is also a love story, packed with comedy, surprises, and even a brief moment of animation; and it all happens in one night. It’s a strange film, but that’s what makes it so good!

3. Joker – This film came quite late into the decade; but better late than rushed, as this is easily one of the best films of the last decade. It’s an interesting setup, as the film chooses to do an origins story on Batman’s number 1 nemesis, by portraying him as the protagonist. This gives a deep insight into his upbringing, which is as tragic as possible; which means by the end of the film you are rooting for him to go nuts, and rise to the top as the king of the underworld. It’s strange, but it works, superbly!

2. The Raid 2 – I am sort of surprised that I have not mentioned this film in an earlier list; because it’s epic! The Raid 2 doesn’t really carry the story on from The Raid, it uses that as a foundation, and then tells a new story, a story of a crime lord’s son wanting more power,; and the undercover cop tasked with bringing him down. That’s the base story, but much like it’s predecessor, it’s really all about the intricate and detailed fight scenes; as well as the awesome new hitwoman simply known as Hammer Girl (Julie Estelle)!

1. Jurassic World – I would easily say that this film is the second best film in the Jurassic Park series. It came along at the right time, to provide a wave of nostalgia for those who saw the first film when they were young; whilst also breathing new life into one of cinema’s most iconic series. And unlike a certain space movie released in the same year; it’s not a complete remake! It’s a new film, with new story, characters, and of course brand new dinosaurs. It’s a hurricane ride of adrenaline as everything of course goes wrong, leading onto a fight for survival; and then concluding with an epic battle between dinosaurs! Again: What more could you possibly want?