This year, I finally did something I had been thinking about doing for a long time; I bought a big powerful gaming PC.

It was quite an undertaking and I had a lot of help from a friend who helped me get the best specs at the best price, and as a result I have this major behemoth of a machine sitting on my table. Having this machine finally allowed me the option to play some seriously big and graphically powered games; some of which were games I had been wanting and waiting to play for a long time. So, in celebration, I thought I would do a post on the best games I have played on pc this year. 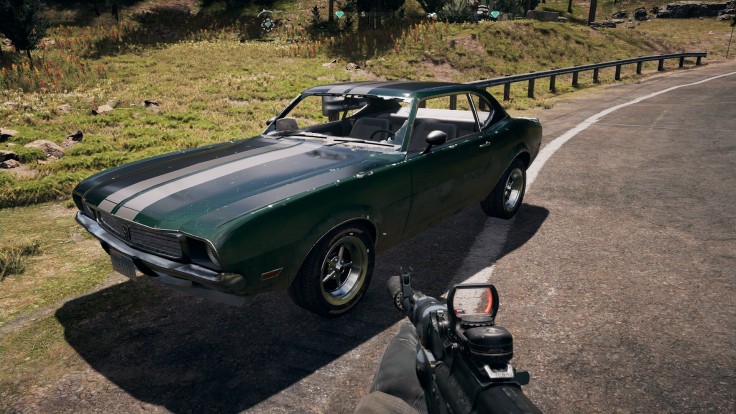 Some of the games on this list, as you may have spotted, haven’t been released this year. But I thought I would include them on this list, as I played them this year. Some games (and there were a lot) of course have sadly not made it into the Top 5, but I still enjoyed them enough to give them a little mention. These games were:

And so, onto my list of the Top 5 PC Games I have played this year:

5. Bioshock Infinite – I had previously played some of the first Bioshock on a couple of occasions; it was a fun game. Bioshock Infinite’s setting was cool and made for some great exploration and tourism on a whole new continent. I got lost on occasions with the story as there were bits I didn’t understand, but the ending was rather good, and the final battle was epic. It was a game I missed playing as soon as it ended but felt unable to play again as it feels like a once only experience. The game’s scenery was something to behold, and the characters were interesting; but the game’s action setting was where it was at as you explored a corrupt nation, taking on anyone who picked a fight with you. It was a seriously enjoyable shooter.

4. War for the Overworld – One of my all time favourite and most memorable games is Dungeon Keeper 2. The first Dungeon Keeper was great, but the second one struck more of a chord with me. I spent years wanting a sequel. Well, we didn’t get one, but we did get a successor. War for the Overworld was a campaign I backed on Kickstarter, but it wasn’t until this year that I got a real chance to play the game. It’s near enough to be an exact version of Dungeon Keeper 2. You dig out walls, build rooms, acquire minions, cast spells, build traps; it’s all here. The campaign is very similar to it’s predecessor and even features the return of Richard Ridings as the voice over. It is also enjoyable too and am currently having another go (at time of writing).

3. Wolfenstein: The New Order – I really did enjoy Bioshock Infinite, but Wolfenstein: The New Order just stuck out a little more to me. Maybe because it’s fresher to me; or maybe because I enjoyed it more. The game’s setting was fun, and it was a genuinely interesting story. Some of the voice acting felt like I was attending a tea party between Ultron and Nina Conti’s Monkey, and I couldn’t help but continuously think about Charlie Brooker’s review of the previous Wolfenstein game, but overall it was a good competent shooter which has made me hungry for more! 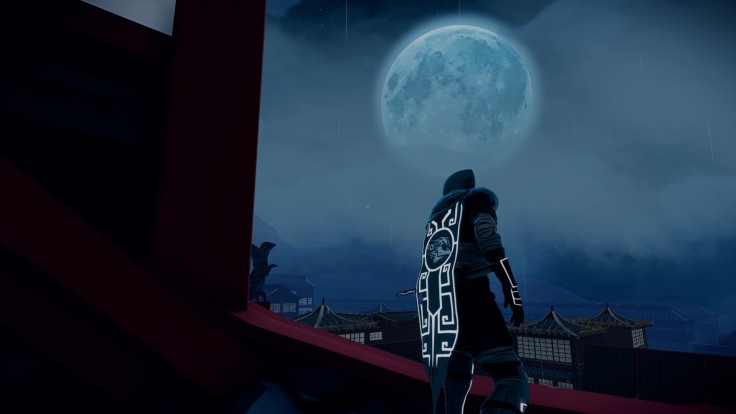 2. Aragami – Before I got my machine, I was able to enjoy re-playing the original Thief from GOG on my Laptop. After I got my machine, I was able to have a go at another stealth game. Aragami is an interesting one as it feels a lot like a cross between both Thief and Tenchu. It’s setting in a feudal Japan gives it a nice atmosphere, and it’s stealth only gameplay made it a real challenge, sort of like a cross between an action and puzzle game. At first it was quite stressful to play, but after some time it really grew on me. The game’s powers and power-ups become useful and it’s stealth mechanics are well done as you need to take care not to be seen, nor let any bodies be discovered, and you really don’t want to be caught as you can’t take any hits. Boss battles in this game are few and are sadly rather not this game’s forte; but past these issues, you have a fun game that you just want to keep playing.

1. Jurassic World Evolution – It was while staying at my above friend’s house that he showed me images of this game; and it was for the desire to play this game, that I made a move on purchasing the computer. A few months later the game was released; and did not disappoint me. It was a game I could just melt into: it featured a theme I love (Dinosaurs), and it played like games I love (Simulation/Tycoon) all the while featuring key plot elements of the Jurassic Park film series; such as the need to collect Dino DNA and clone Dinosaurs. It was a game I loved as soon as I loaded my first map and one, I have come back to a lot this year. Some of it’s elements are a bit limited such as attractions, but I continue to enjoy it still no matter what as I work hard to unlock everything. It’s just so much fun to clone Dinosaurs and watch them live in a game that looks as realistic as the films.