Above all other varieties of Chocolate; Riesen‘s are possibly my favourite. Riesen’s are a chocolate confectionary produced by August Storck who also produce Werther’s Original. I first heard of Riesen’s back in the mid 90’s thanks to a pretty good TV Advert which I now cannot remember (I think it involved a shoe buffer). The name of the chocolate could be argued as being an inventive pun on the word ‘reason’ as they are both pronounced the same way. Well the advert worked, and both me and my Dad wanted to try them. It took a while, but eventually we tried them, and they were pretty good.

Riesen’s come in a hard chocolate form as they are a chewy chocolate. They come with Caramel inside which combined with the chocolate provides a unique experience. Due to their increased popularity in the mid 90’s they were quite an easy find on the sweet shelves of the UK as the years passed into the 2000’s. In more recent times though they have become a hard find. I only rediscovered them a few years ago when I visited a small sweet shop in Preston near the UCLAN campus. From then on they have come and back again but for a time they felt like a limited time offer product. In the last 2 to 3 years though, they have re-appeared in the UK on a more long-term basis, not in sweet shops, but in bargain price shops such as Poundland and Home Bargains, which is where I primarily buy them from now, as they sell them in their packet form instead of bag form. 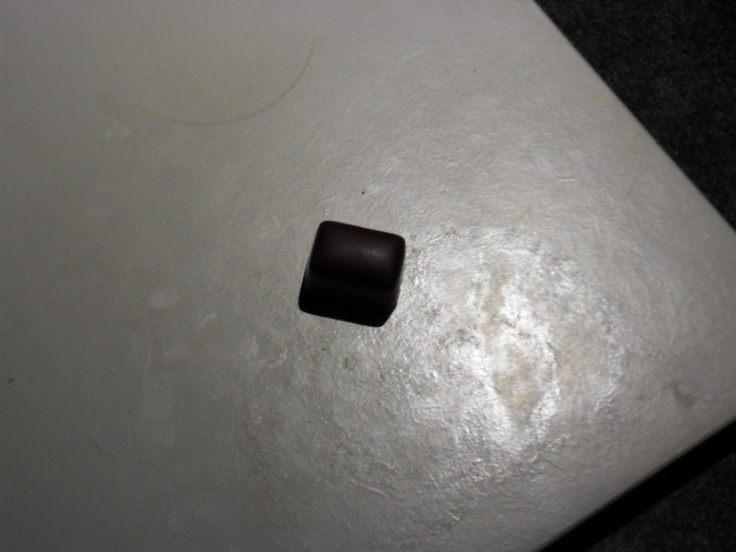 To this day, they are as chewy as they have always been, and are ones I buy every now and then as a little treat. More than most other popular chocolates, Riesen’s are just that little bit different, and are chocolates I have loved since I first chewed one. If you haven’t tried one; give it a go. To quote The Hitchhiker’s Guide to the Galaxy TV Series: “Your mouth will love you for the rest of your life!”