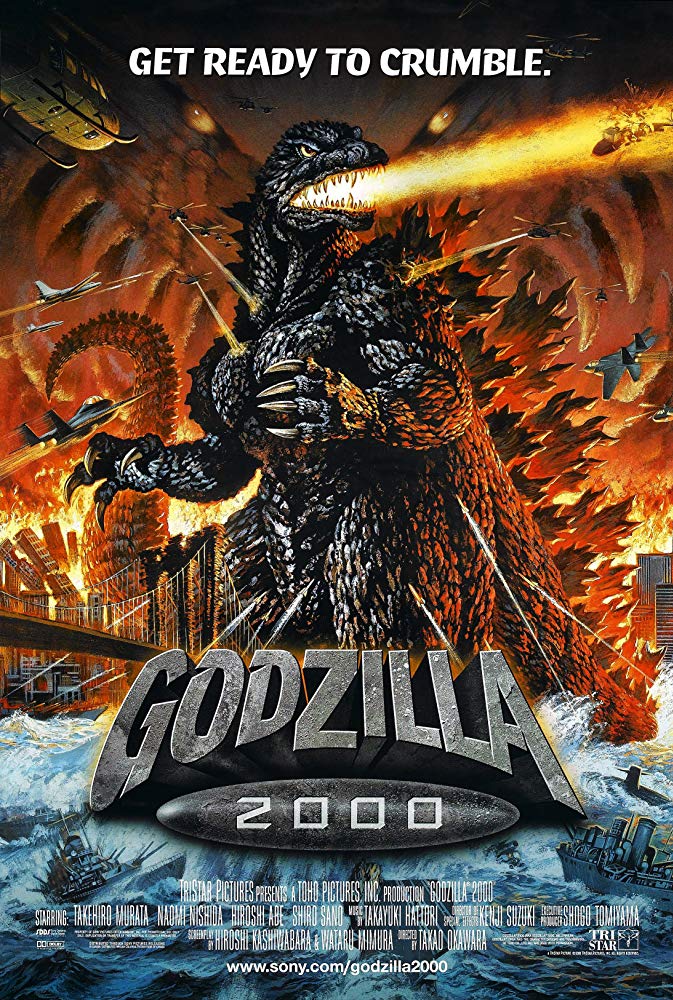 Back in roughly 2003, I found a website which I think was related to Lycos (remember them?), and on it they were selling Godzilla DVD’s. I had this page open on a favourite’s page on the computer and I looked upon this website a lot as I saw this as an opportunity to be able to get some Godzilla films on DVD. Since then I have pretty much (off by about 2/3) been able to get most of the series on DVD but it wasn’t until 2007 until I made the first purchase.  While in the end it was not meant to be, it did offer me a chance to look at some more recently released entries at the time in the series, plus it had trailers for these films. The one I watched more than any of them was the one for Godzilla 2000.

Godzilla 2000’s trailer is a very Americanized trailer(in fact I think this must actually be the trailer for the US Release). The trailer features a lot of things you will find in the generic American trailer; you will see Disaster, Action, Explosions, and even the same voice over man from many movie trailers released at the end of the 90’s through to the new millennium (I am sure I have heard this same voice for the Pokémon Movie Trailers)! Now, while this is a marketing ploy to sell the film, it does mean that this is mostly just cobbled together and targeted at the action audience, as the film itself is actually at a much slower pace than what this trailer suggests; however that is not necessarily such a bad thing in this instance.

If you look at the trailer in more depth, you can spot several things which are just key elements in classic Godzilla films:

All these and more are included in the trailer. You see the Death-Ray, you see close-up shots of his tail and his design, plus you see new technology in use that wasn’t necessarily shown in previous films. It’s a trailer that for Big Godzilla fans such as myself, is just exciting. It made me want to watch this film so much.

Another thing this trailer has, is that Soundtrack. Rob Zombie‘s Superbeast. It really packs attitude and intensity into the trailer and accents those scenes of action and explosions into something much bigger. It’s a trailer which just screams “WATCH ME!”, and to this day is still one of my favourite Godzilla Film Trailers.