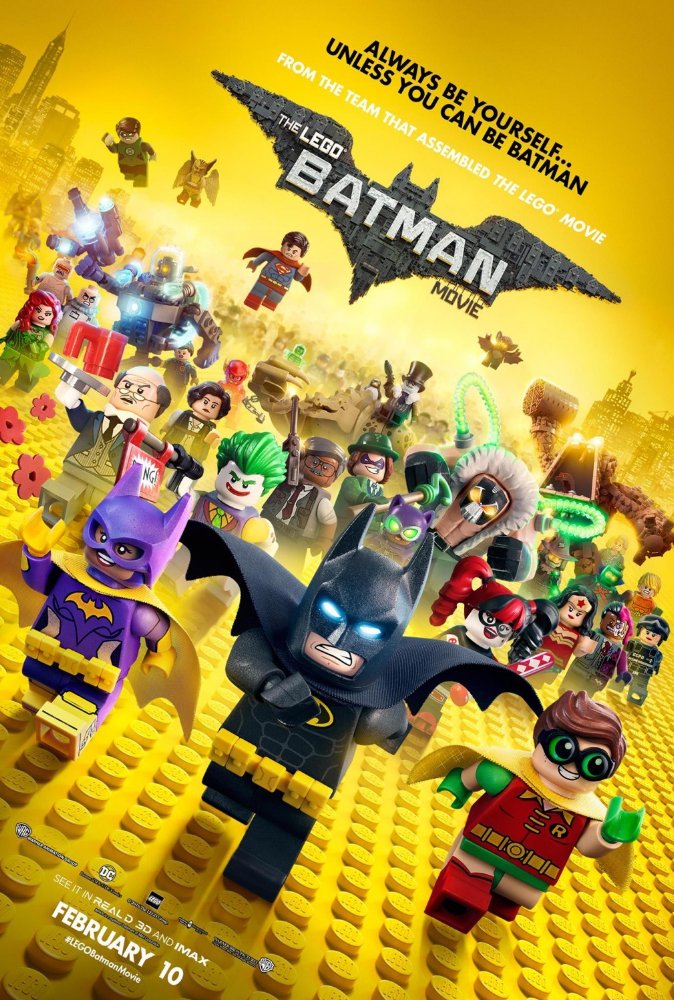 I thought it was pretty alright. I think it got a bit hampered by its themes. The Lego Movie was about individualism and what’s important about you, while The Lego Batman Movie is about the importance of those around you and team work. I just think that Batman worked too hard to push and prod it’s theme and subject in. In the Lego Movie, it worked hard to keep it as the main theme and feature, however there were still a lot of moments to laugh about. In Lego Batman, there were a lot of funny things, but it never really gave you an opportunity to laugh as it consistently pushed it’s themes in the gaps, and I think it pushed in Batman’s loneliness too soon, and it resulted in getting you down quickly rather than eventually. I thought it was still pretty fun with lots of funny villains, characters, and fun poking at Batman films of the past, but I thought there could have been a little more allowance for audience laughter, and maybe a bit more of what made Batman ‘THE BEST’ character of The Lego Movie. In all, a tiny bit disappointed!