The year is 1999, and all of the worlds giant monsters have been collected; and live together in peace on an island off Japan called Monsterland. Special systems have also been put in place which prevents the monsters from escaping! Suddenly all communication with the science team has been lost, but worst of all Rodan has been spotted flying over Moscow, Godzilla has attacked New York, and Gorosaurus has nearly leveled Paris!

Released by Toho in 1968 and Directed by Ishiro Honda; Destroy All Monsters is the ninth film in the Godzilla Series, and is something of a crossover event (44 years before The Avengers) as several monsters from other films converge and team up with Godzilla. In total there are 11 monsters featured in this film. At the time of the film’s production, there was a belief that Destroy All Monsters could be the last film to be produced due to a waning interest in the series. The film’s script was written by Honda and Takeshi Kimura, although Kimura was credited as Kaoru Mabuchi. It was also the first Godzilla film since Raids Again (1955) not to be written by Shinichi Sekizawa. At the time of Destroy All Monster’s initial release it received mostly negative reviews, but has since become a firm favourite with Godzilla fans. In fact, for 11 years this was my favourite film in the world; until it was toppled by Godzilla vs Mothra.

Destroy All Monsters sets up its epic and audacious story very nicely. It begins with a little monologue stating the year, and how there is now a base on the Moon with daily space shuttle launches to it. This introduces something of an honorary monster to the film in the form of the moon rocket Moonlight SY-3. The film then immediately plunges the viewer into the opening credits backed up with an incredible piece of music from Akira Ifukube, before then setting up Monsterland, or Monster Island if you prefer, or depending on which subsequent film you watch! Setting up the Ogasawara island chain; the film then introduces five key monsters who appear in the film, with another five reduced to cameo selections of sorts. These main monstars are Godzilla (obviously), Rodan, Anguirus, a larva version of Mothra and Gorosaurus. The movie then focuses on how the monsters are contained to the island. This great introduction sets up the movie well as it focuses in on the Monsters; providing them with a great intro to the audience, whilst also providing a backdrop to which the story can then begin; creating some headscratching plot, for the audience to get intrigued by!

Destroy All Monsters features an incredible cast of Monsters, but the frequency at which they are used is rather interesting. Plus, this film is something of a crossover as many monsters are making their first appearance in a Godzilla film, having been in something quite different beforehand. This though is rather sad as for many of them, this is their biggest, but also last appearance to date. Varan for instance was originally in his/her own film called Varan The Unbelievable which was released 10 years earlier in 1958. Since Destroy All Monsters; Varan has made a stock footage appearance in Godzilla: Final Wars in 2004, but hasn’t had a starring role in a film since 1968; that is if you consider his part in this film a starring role? Varan makes two appearances in this film, and that’s if you watch the widescreen version of this film! He can be seen floating down to the final battlefield, but for most people he is best known for flying into the sky at the end of the film during a mini tour of Monsterland’s residents. At no point however is his name mentioned once (at least in the English dub of the film), so you’d only really know what his/her name was, unless you looked it up at a later date!

Then you’d get a monster like Manda. Manda is a serpent like creature who made their first appearance in the film Atragon from 1963, who acts like a God to a lost underground civilization. Manda would also make an appearance in Final Wars, but in a less stock footage kind of role as he has a fight with the Gotengo. Manda’s part in this film is limited, but at least he makes an impact! Manda can be seen briefly at the end of the film, and before the final battle as his head pops up over a hill during the introductions (it is also briefly mentioned that he attacked London). His main part of this film comes in the form of destroying a monorail system by coiling around it like a snake, before he then attacks some streets parallel to Godzilla. He does also have something of a deleted scene where he has a fight with Godzilla, but this was cut from the film. 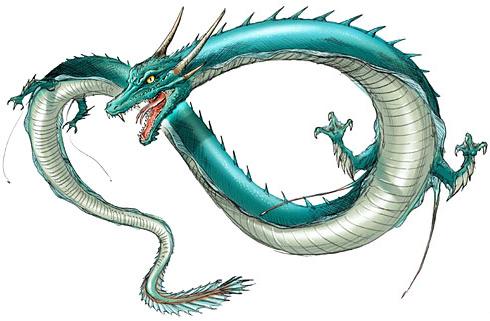 Baragon meanwhile is something of an enigma with this film as he is used rashly, and is also involved with one massive continuity issue! Baragon first appeared in the 1965 film; Frankenstein Conquers The World. Baragon gets mentioned a bucket load of times, but mainly in name form alone. His head can be seen popping up before the final battle along with Manda, but doesn’t actually fight in it. He can also be seen crawling through the mud at the end of the film too. But his real involvement in this film comes by his name alone. He briefly gets mentioned as being a guard to the Kilaak Base, but the main scene is where he gets blamed for doing something Gorosaurus did! When the monsters attack the major cities of the world, the audience is treated to the sight of Gorosaurus burrowing under Paris and destroying the Arc De Triomphe, but when the news reader mentions these in the following scene, he says Baragon did it (despite the fact that the audience saw otherwise)! The film is a sad spot for Baragon, but don’t worry too much as he gets a major role in Godzilla, Mothra, and King Ghidorah: Giant Monsters All-Out Attack in 2001.

Other monsters in the film aren’t limited to having only appeared in solo-ish outings before hand. Monsters like Minilla/Minya/Godzuki/Baby Godzilla/Take Your Pick, and Kumonga both first appeared in Son of Godzilla, but their time in Destroy All Monsters was limited to the end of the film, where Minilla helped throttle King Ghidorah, whilst Kumonga sprayed something into the air. Meanwhile Mothra, Rodan, King Ghidorah, and Anguirus were Godzilla veterans. Both Rodan and Mothra did have solo outings before their first appearance in a Godzilla film, but by the time they reached Destroy All Monsters, they had both appeared in at least two previous outings with the Big G. The same goes for King Ghidorah too, who also fought both Rodan and Mothra at least once as well. Anguirus meanwhile was the first monster to fight Godzilla onscreen in Godzilla Raids Again. In the case of this film, his appearances are more stretched out, as he appears in at least two battles, taking on an offensive position in both the tank battle, and the final battle in one of the film’s most memorable scenes.

But the one monster out of the bunch that stands out the most is Gorosaurus. Gorosaurus first appeared in the 1967 Toho produced film; King Kong Escapes, where both he and Kong have a fight. Gorosaurus basically takes on the same position as the T-Rex in the original King Kong as a creature about to eat the girl (Linda Miller) which Kong then comes to save. In Destroy All Monsters, Gorosaurus has more of a hero like role when not possessed by the enemy. His appearance is odd, but funky in that tall body, and big head, and looks genuinely like a very deadly giant dinosaur. While he does attack Paris, his main moments come when he is sharing the Monster island habitat with Mothra, and in the final battle where he is able to take Ghidorah down with an impressive yet also lethal Kangaroo style kick. One of his best moments in this battle though is when he is standing next to Godzilla, and you see that the two share something of a comradery with each other. They appear to talk and make tactics, and more importantly, are the same size as each other! He’s Huge! It makes him and Godzilla look like two brothers, or very good friends, or the perfect Wrestling Tag Team. Anyone who teams up with Godzilla is someone to be scared of, but when you see these two together, they look like they are on the same page, and that in itself is a terrifying combo to imagine! Sadly however, apart from two stock footage appearances in later films, this is to date Gorosaurus last starring role in the series!

Destroy All Monsters features a titanic cast of Monsters, because it is a titanic plot to put to film, and therefore needs them to fill in the hole. It uses clever ideas to get the monsters destroying the cities as soon as possible, without resorting to clichés which you sometimes find in more modern Monster Epics. Godzilla himself is also under the control of the alien race, instead of being omitted! It’s ideas for the future of the world by todays standards is both epic, but also restrained. There is of course a base on the moon, a belief held by many at the time as a possibility, but the cities that get destroyed are not filled with a wealth of tall or modern architecture, more like things you’d see at that time; but I do suppose there was a limited budget as to what was allowed! But where the film lacks in some vision more than makes up for it with technology! Jeremy Clarkson once said that ‘Tomorrow’s World never saw the Mobile Phone coming’, but Toho foresaw the iPad (in the form of a radio that displays pictures). Not to mention there are some pieces of military equipment that have yet to be developed such as hybrid tanks with massive rocket launchers attached.

The city destruction scenes are awesome in their own right too and the deployment of missiles in a wide open field is one of my personal favourite scenes in the whole movie, which leads us on to the incredible soundtrack! It’s a real booming sound of a soundtrack as it features grand pieces for grand scenes, with the music being a spectacle in itself. And it’s not just the grand scenes too, as there are pieces for rush, and panic in a small space that bring a real level of tension to the scene in hand, as well as the occasional pieces for mystery too.

Destroy All Monsters is an audacious film, and is one that really lives up to it. It takes a grand scale, and makes sure to fill in as much as possible (or allowed) to live up to it’s own plans. It features great battle sequences, as well as terrific sights of cities being destroyed that we all love. But the real height of this film is in it’s great selection of Monsters who in the case of this film are also real Monstars!