Star Wars: Episode 1 – The Phantom Menace, is highly regarded as the worst film in the Star Wars film series. It has been ridiculed and shot down a lot, and many people have come to loathe its existence within the film series! Some of the issues raised by those who may consider themselves to be unlucky for having seen it; include the performance of Jake Lloyd as a young Anakin Skywalker, as well as the obvious and over the top comedy relief in the portrayal of Jar Jar Binks by Ahmed Best. Basically, it is a very loathed film!

On the other hand though, I actually rather like it! I think it is a very underrated film and doesn’t deserve some of the hatred it has received! For years I have rated it as one of my top 3 favourite films in the saga, usually coming in at second behind Return of the Jedi. It is very enjoyable, and a film you can just sit down and immerse yourself into. 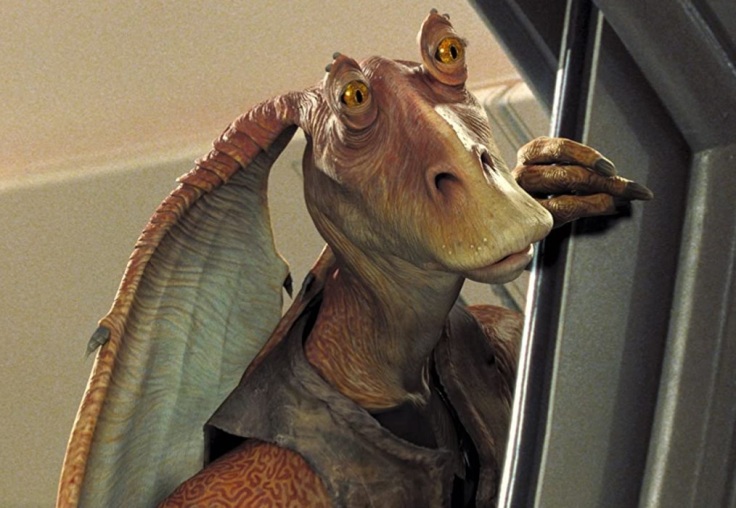 More than that though, I have always held the belief, and always said I would take a punt in saying; that if Steven Spielberg had directed a Star Wars film, it would look a lot like The Phantom Menace; as it carries many of the tropes and traits that you will find in many of his best known works, particularly in the field of summer blockbusters. These traits include, but are not limited to, using child actors in the main cast, and big extravagant scenes to bring the film to a close!

Yes, The Phantom Menace does have some issues, but what film (if any) in the Star Wars Saga doesn’t? And we have heard time and time again how poor this film is and why it should be treated as so, but I stand by in saying I find it very good and very entertaining. But instead of rambling on about it, I thought I would provide some examples (or evidence), to back up my claims. So below I have picked out five highlights from the Phantom Menace to share with you all. Enjoy!

5. The Ending – To many Star Wars fans, the ending to The Phantom Menace is probably the best bit, as the film is now finished and over, and they can move on to something else; but that’s not what I am on about. It’s not the exact ending of the film, more that its the conclusion of the space battle when the droid control ship is destroyed. It is a visual treat for the eyes! Its one of the best scenes in a Star Wars film where an enemy base gets destroyed. The way all the effects work together to create a visual spectacle, with the explosion of the core and the ship splitting in two, backed up with that incredible soundtrack. Yes its near the end of the movie, but its a great scene to begin wrapping up on!

4. Trade Federation – The Trade Federation are really cool villains. Firstly; the army is actually pretty impressive and one of more awe-inspiring armies within the entire franchise. It features genuinely fearsome looking vehicles such as their main battle tanks, and the infantry has an easy to understand colour coded ranking system. The main power behind the Trade Federation however is the rather slimey and cowardly Nute Gunray. He comes across as a Julius Caesar like emperor as he acts rather lazy behind his impressive armada. When all that is peeled away however he becomes very cowardly when he doesn’t have his army to hide behind. Even the way they look and talk are pretty cool too! Altogether this makes them a pretty impressive faction within the Star Wars franchise.

3. Podracing – Star Wars is primarily a fantasy film series involving a large number of battles in space; so it may come as a surprise then that The Phantom Menace skips on extra battles in favor of a race! The Phantom Menace as a film is more of a journey through space as it explores both old and new planets, and one way it does this is by providing a new vision on intergalactic cultures, and one of these is the Pod Race. The Pod Race is as exciting as a real life race; and comes packed with the trademark level of tension and peril that you would find in any other Star Wars battle. But it’s not just the Race itself which is entertaining (which features a pirate sounding racer shouting “YYYYYAAARRRRGGGGHHHH!” when his vehicle crashes). The racer introductions are pretty cool too as they feature a trademark American commentator, some funky looking machines, the grand appearance of Jabba the Hutt, and the wonderfully spine tingling flag parade; all backed up with a truly wonderful soundtrack. And this is all before the race actually starts! 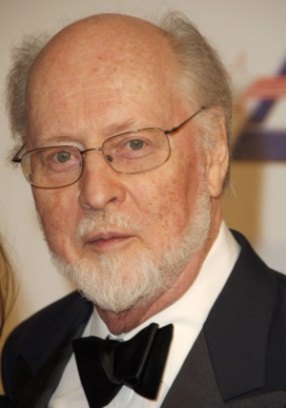 2. Duel of the Fates – Possibly the one thing that has always stood the test of time when it comes to Star Wars; is the soundtrack output of the great John Williams. The soundtrack has never required a special edition re-release, it has been perfect since the first film was released. It doesn’t matter how bad or mediocre the film is, because the soundtrack never disappoints!  The Phantom Menace featured many of the classic themes from the original trilogy, but also came packed with some new ones. While this film carries some cool new themes such as the droid invasion, the Darth’s meeting on Coruscant, and the flag parade; the main theme Duel of the Fates is the major new piece, and simply sounds incredible, with it’s operatic intro, its loud moments, but also its quiet moments too. You may or may not like this film, but Duel of the Fates is definitely a classic!

1. Darth Maul – Easily one of the most underrated and under used characters in all of Star Wars. Someone who should have been featured more in future developments. His appearance was one that just created excitement in the eyes of cinema goers. From that incredible face paint and look, to his cool wielding of (and for simply having) a duel blade lightsaber. No villain since has been able to be as cool or as villainous as Darth Maul. There are many things to despise about this film as many have protested, but surely Darth Maul isn’t one of them; he is easily one of the best things about this film!

2 thoughts on “Five Things To Like About The Phantom Menace”