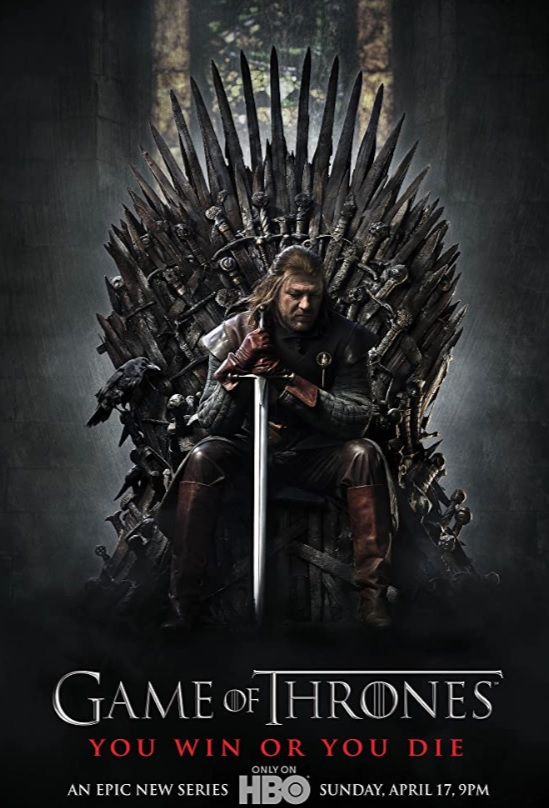 The last decade has been a major period for TV, with many shows becoming not just nice things to possibly watch; but rather must see viewing for anybody and everybody! Yes, the term ‘Must See’ was primarily a thing said about movies, but during the last decade became a term adopted more for TV viewing. There has been a great range of genres on TV too; with such examples including Fantasy, Science Fiction, and of course Drama! There have been moments of pure wonder too with great battles and explosive uses of special effects, all in the name of making the viewer shout ‘WOW!’ Altogether, it makes the last decade an incredible time to be a TV viewer.

But now with a new decade full on the way, it’s time to celebrate what has been before, and wet our appetites’ for another (possible) incredible decade. Much like a couple of other lists I have done in this series; the list below isn’t really a ranking of which shows are best, it’s merely a simple collection of 10 ‘Awesome’ TV shows; Simply put, they are all ‘Awesome’. Enjoy! 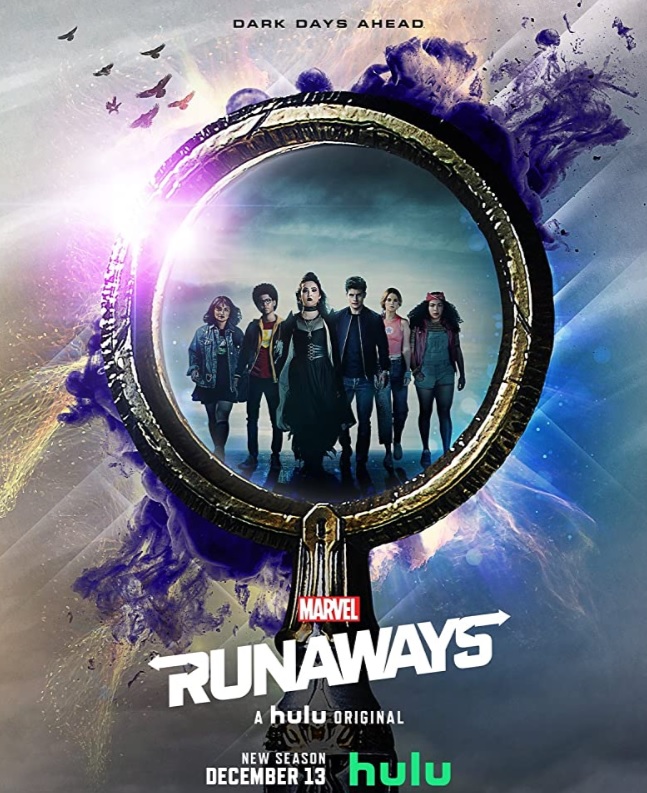 10. Runaways – Following on from the success of the MCU, Many superheroes made a jump into TV. We got shows like Jessica Jones, Gotham, and then; this! Over the first two seasons I couldn’t get enough of this show; it was like a cross between the original Mighty Morphin Power Rangers and the old X-Men cartoon series. It had a great selection of characters all discovering their talents, whilst also discovering that their parents weren’t all that innocent either, creating a cauldron of drama which splits the two worlds apart! It’s a shame they decided to cancel the show after three seasons as I hoped and wished for more; especially as it always seemed like the X-Men could have been introduced both easily and effectively down the line. I even thought that Apocalypse could have been a potential future villain for the series. 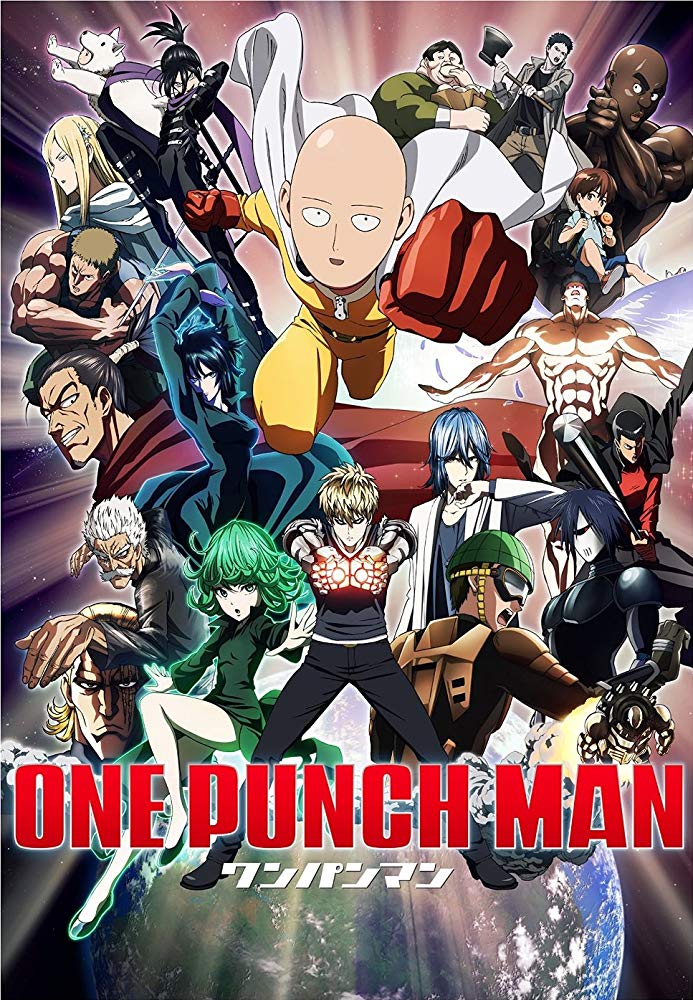 9. One Punch Man – The first of two Anime shows on this list (try and guess what the other one is…before scrolling down). One Punch Man has a very easy premise to follow; it’s about a super hero who can kill his foes with one punch, but as a result of this, his chosen lifestyle has become a little tedious. It’s very action packed; but also very funny, as our Hero has other concerns on his mind, such as wanting to finish up and get down to the shops in time for the latest discounts! It explores many themes and ideas, and consistently remains both interesting and very funny throughout it’s first season run (have yet to watch the second season). 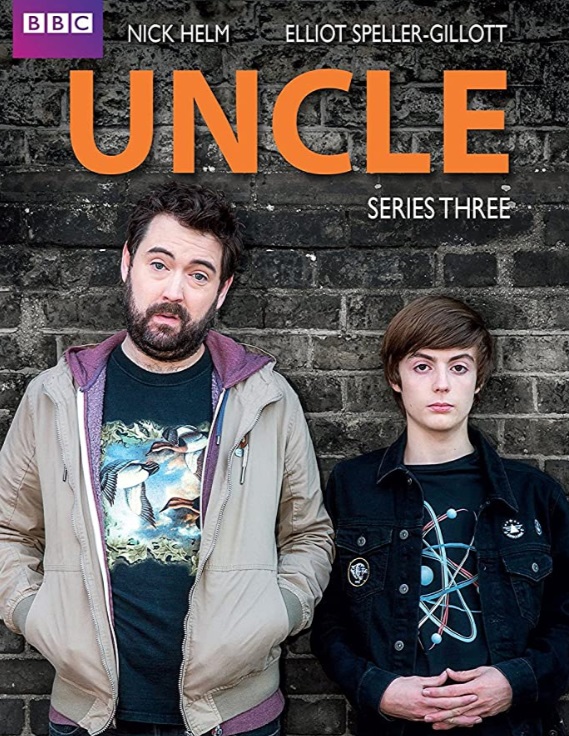 8. Uncle – Starring Nick Helm, Elliot Spencer-Gillot and Daisy Haggard; Uncle is a sitcom series where Helm is an unsuitable uncle to his geeky nephew Errol. Uncle was something I discovered as a became more and more a fan of Nick Helm’s stand-up routine. The show whilst primarily being a comedy, features many pieces of drama and character growth as Andy (Helm) helps Errol (Spencer) break out of his shell, whilst Errol helps his uncle get through his incredible disastrous nature. It featured many moral and ethical dilemmas, as characters hit their deepest lows, but then build back-up to better new highs; and all the while continues to provide moments that make you smile, as well as laugh out loud (as well as the occasional song too)! 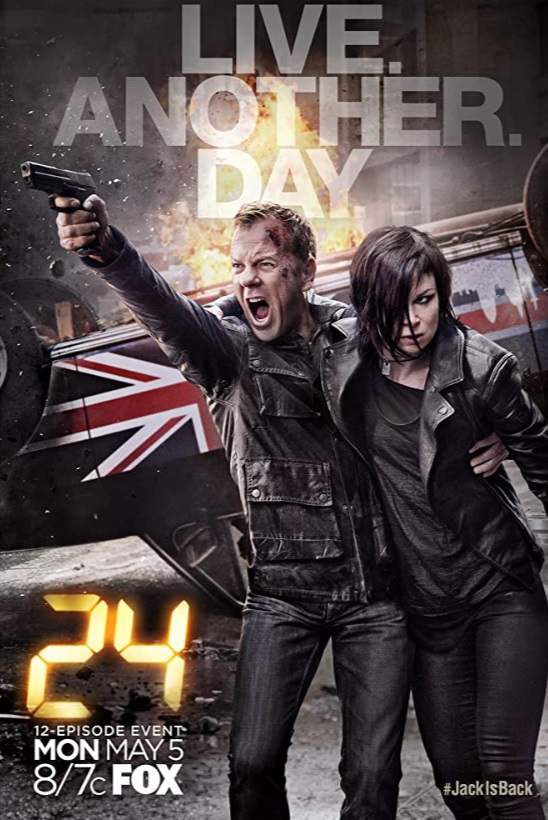 7. 24: Live Another Day – Acting as a follow-up to the original series; Live Another Day was a much shorter series covering a full 24 hour day, over 12 episodes. It was set in London and features the return of many familiar faces, and sinister new ones! It featured both action and drama with funky little twists, which in many respects brought the show to it’s much needed and well deserved finale. It may not be the finale we want, but it was still a very satisfying conclusion to one of the best TV shows ever made. 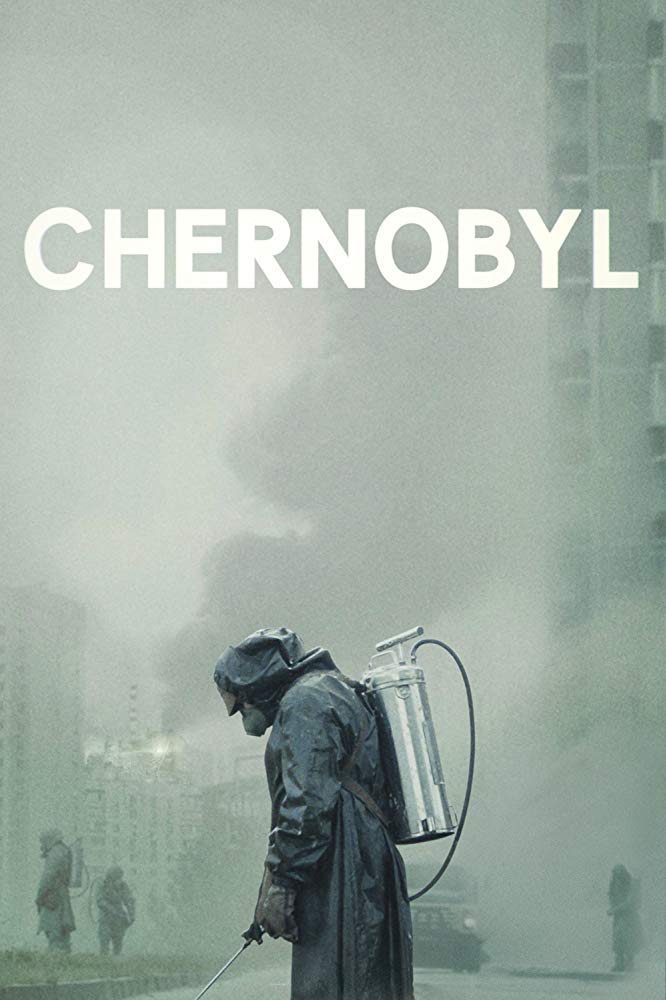 6. Chernobyl – A dark and horrifying mini TV series; about one of the greatest disasters to have ever happened on this planet! Chernobyl was terrifyingly detailed as it explored how the disaster happened, it’s fallout across the nation, it’s brutal clean-up effort, and the horrifying truth as to how and why it happened in the first place. It was a scary show as both science and politics clashed as some try to cover-up; the un-cover-up-able, whilst at the same time, heroes work around the clock to save their nation! 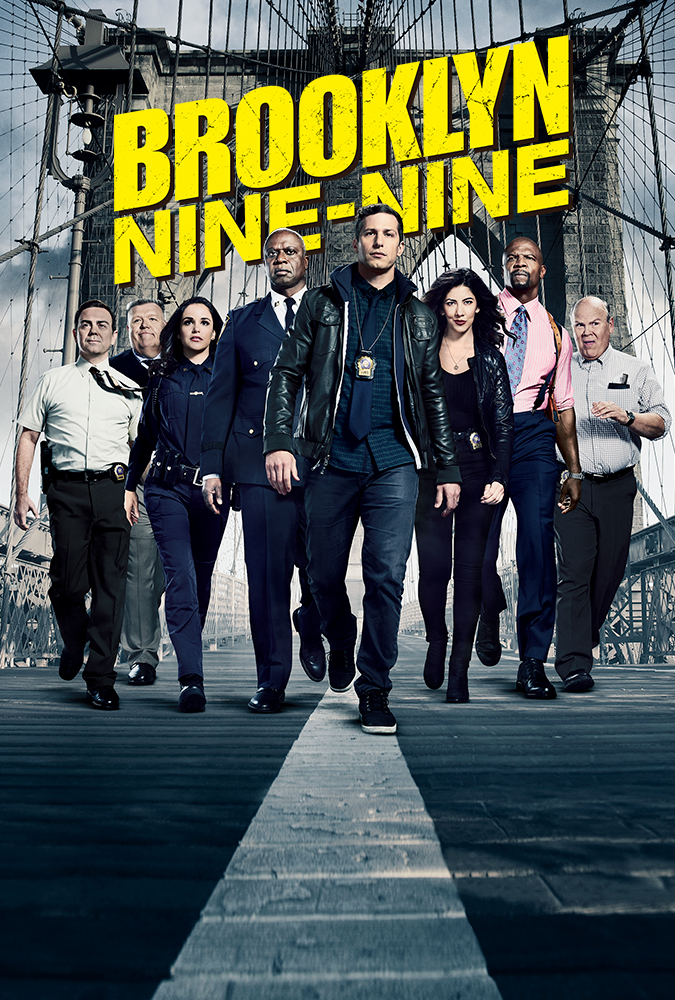 5. Brooklyn Nine-Nine – When I first saw Brooklyn Nine-Nine, I didn’t really get it, but then I sat down to watch an episode a few years later, and I just wanted to watch more and more. It’s a cop show that features crimes to be solved, whilst also providing an insight into the everyday lives of these characters, whilst also being one of the funniest shows on TV right now. Every character has their traits and quirkiness, and together make a team which just gel (But Rosa is the best obviously!). It’s one of the most entertaining and funny TV shows on right now, and easily one of the best sitcoms ever made! 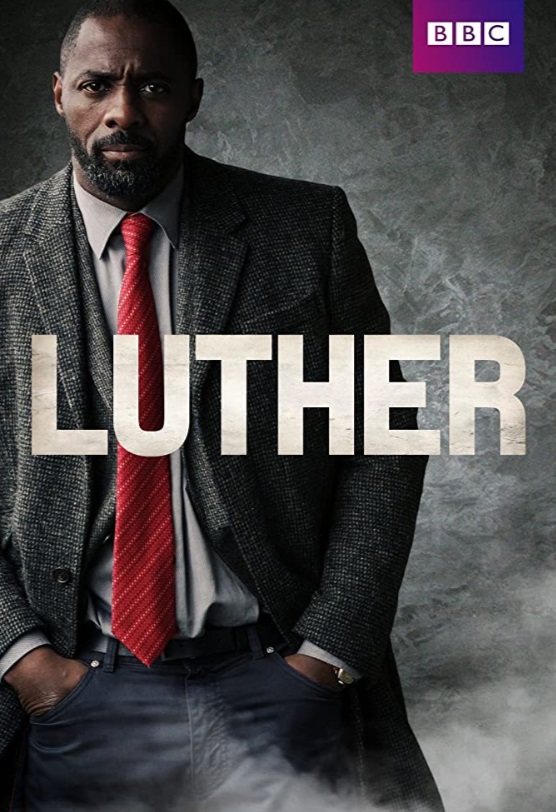 4. Luther – One of the most deeply dark and occasionally disturbing psychological crime drama’s ever made! Luther is a show about killers who kill in some of the most disturbing ways possible, and the only thing that can stop them, is a detective who isn’t exactly stable. He comes across stable and is one of the best detectives in London, but what he knows and sometimes what he does is just terrifying to believe, but at the end of the day, he gets some of the most dangerous people alive off the streets! 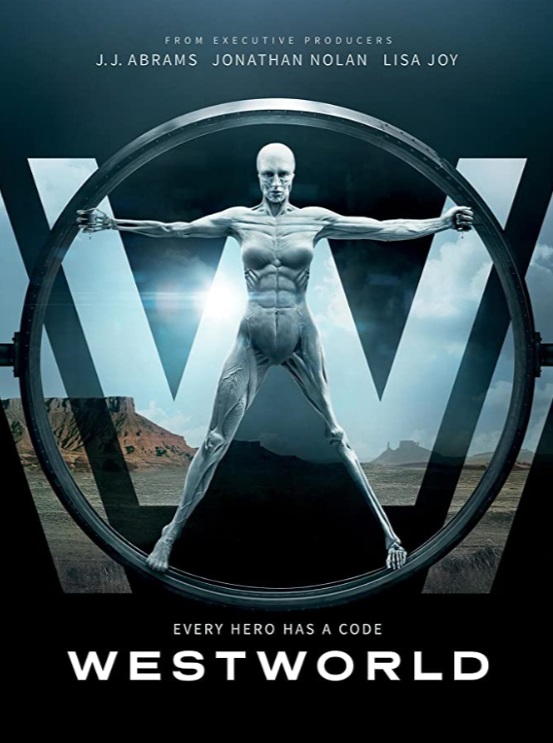 3. Westworld – Based on the film of the same name originally created by Michael Crichton; Westworld is about a futuristic theme park where humans interact with robots in a wild west themed location, however, things are beginning to unravel! Over the last decade I have become a big fan of the works of Michael Crichton, and this show’s first season was my favourite show of 2017 (with two other shows on this list taking second and third place). It’s a great science fiction based show, but unlike the film, takes it’s time to make the whole world unravel, as new things are discovered gently, and characters can be explored. It features great monologues, as well as providing a story rich setting that has something for everyone. It creates a theme park that we all want to visit; before, and after what happens! It also features a very relaxing opening theme tune. 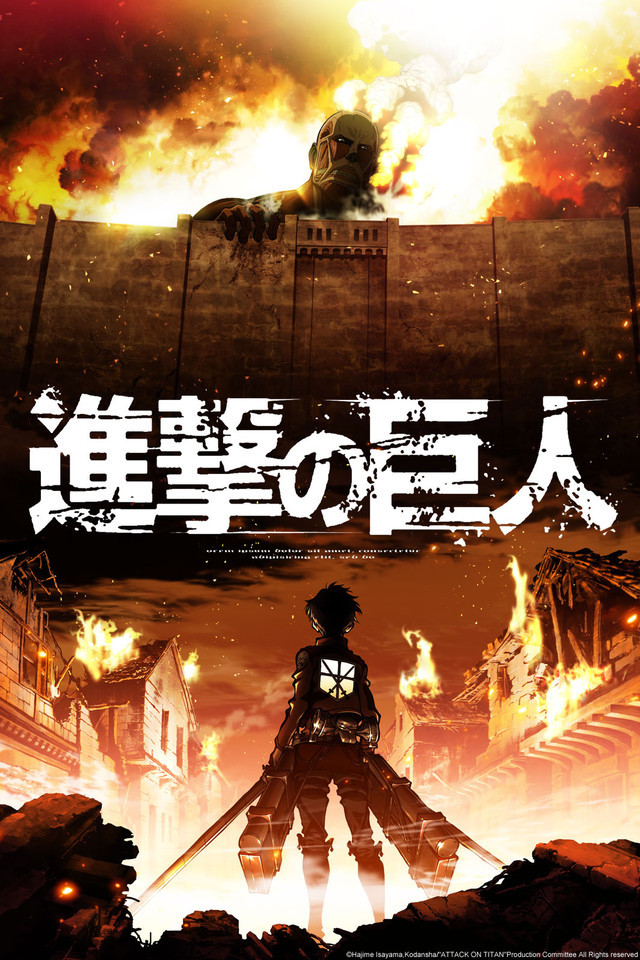 2. Attack On Titan – Attack on Titan was something I had heard about throughout the decade, but it wasn’t until later on that I was able to really discover what this incredible anime was! The first few episodes were a struggle to get into, but it did have something worthwhile to keep watching for: It’s epic opening credits. Just this quick little thing got me excited enough to keep watching, and it was definitely worth it! It features a very story rich setting with a mysterious history, it has characters you can both love hate and be intrigued by, plus it features great battle sequences, real tension, and incredibly violent scenes which make the whole thing not just realistic, but terrifyingly beautiful! It may look cartoonish for many, but this is seriously one of the best TV Shows of the last decade, it’s better than many by far! 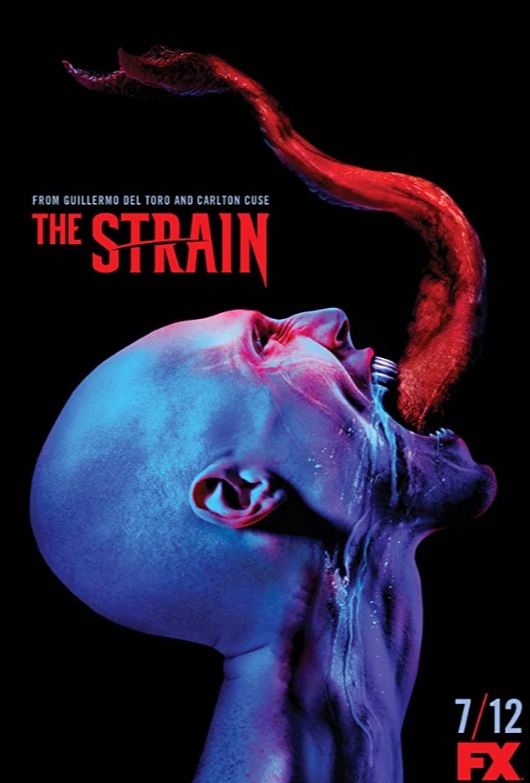 1. The Strain – Based on the book trilogy of the same name by Guillermo del Toro and Chuck Hogan; The Strain was a show about a virus which turned people into Vampires. It was a show with a horrifying opening episode, and continued on in similar fashion. It featured a cool cast of characters (like Dutch, Fet and Mr. Quinlan), who hailed from different walks of life who get first hand experience in this terrifying new threat and come together to fight a losing battle. But while that is going on, allegiances on the other side are beginning to strain too. It was a show that I looked forward to each episode with a great deal of energy and excitement as I wanted to know more, and see how things turn out, whilst also being genuinely worried about the fates of my favourite characters. While that is going on we also discover that vampire’s like their victims to be seasoned with Pineapple too.

2 thoughts on “10 Awesome TV Shows From The Last Decade”