I love the Eurovision Song Contest; year after year that goes by, and it remains one of the TV highlights of my year! The last decade of contests was no exception, as the contest delivered a continent wide truck load of great music, plus great shows just to watch as the nights passed on. Many of the songs from the past decade have become some of my all time favourite pieces from the contest’s long and illustrious history. So to celebrate, I thought I would share with you some of those great pieces from the contest over the last decade.

Now, much like other posts in this series, the below list isn’t really a ranking of which song is best or worst, it’s more just a collection of 10 awesome songs. In many respects, they are all awesome (it also means I can do another post at a later date and not have to worry about ranking positions for them too). This time around though, I have chosen one song from each of the 10 contests over the last decade, starting with 2010, all the way to 2019, and put them in that order respectively. Just thought it would be a great way to show how the decade has gone by in the variety of acts and pieces. So, without further ado, here are 10 Awesome Eurovision Entries from the past decade; Enjoy! 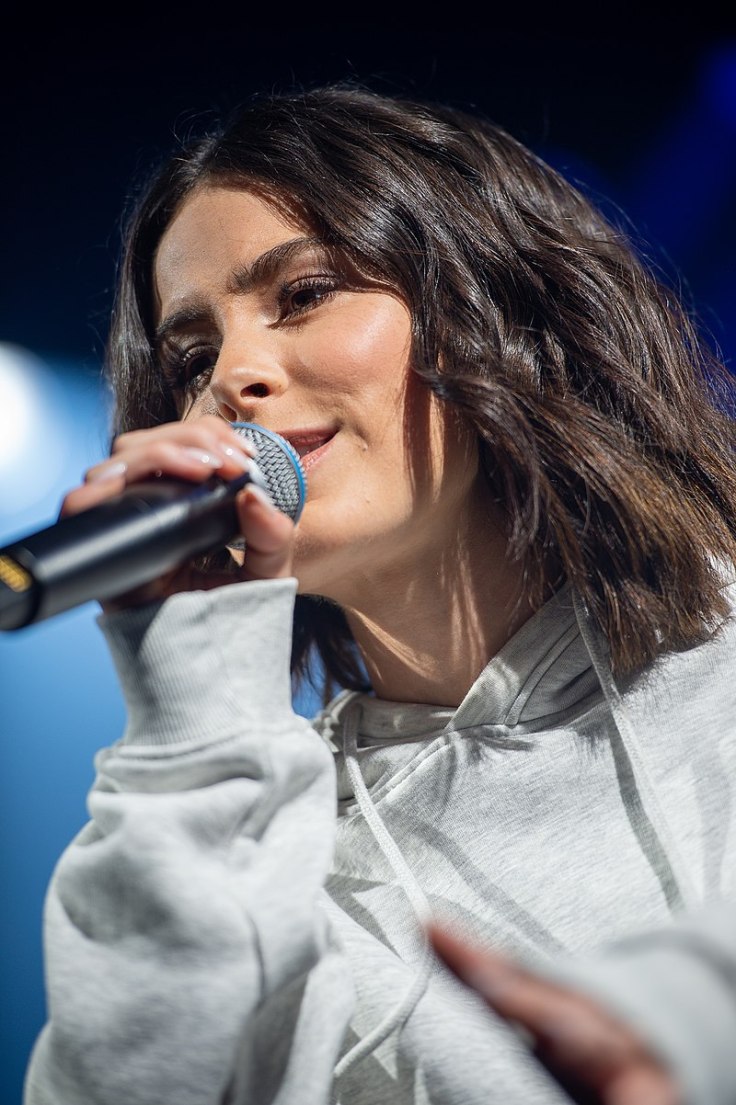 10. Satellite (Lena) – Before 2010; the last time Germany won the contest was back in 1982, with very little success in between. But since the introduction of the ‘Big Four/Five‘ in 1999, Germany is the only one of that group to have the won the contest at least once! This song was the winning entry; and is such a fun song. It’s a simple love song, but with a funky beat, and a great singer with a very strong, but also very cool accent. It’s so simple, and yet is so much fun to listen to. 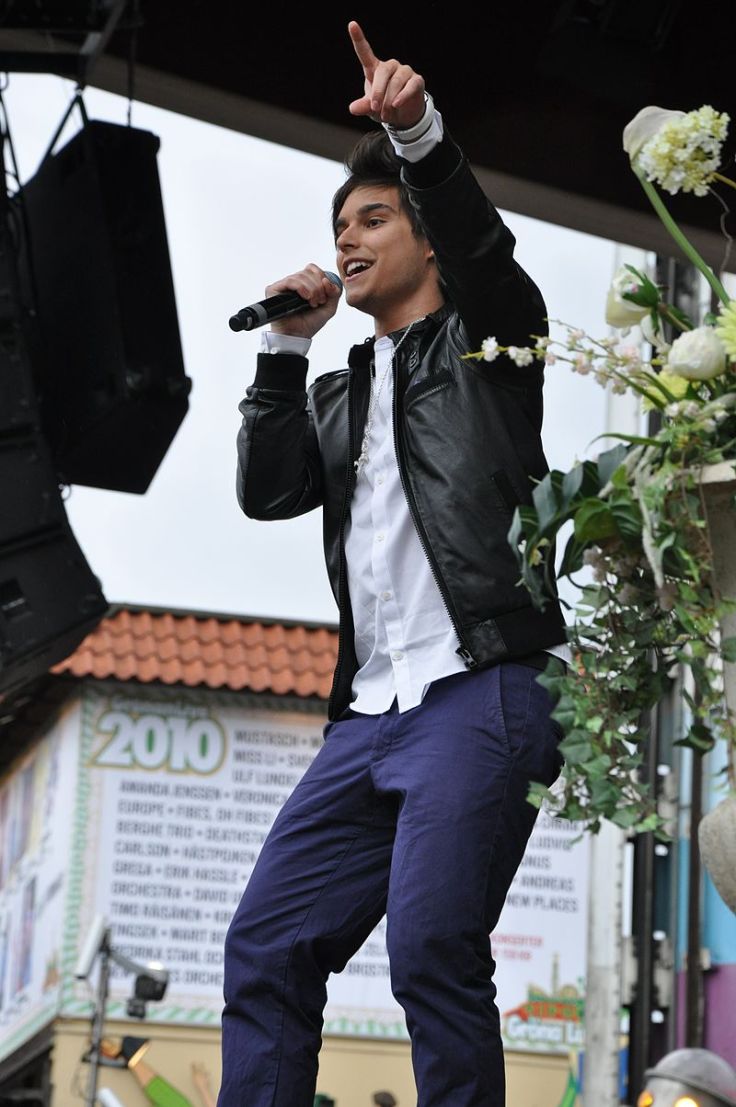 9. Popular (Eric Saade) – Sweden has been one of the most consistently enjoyable countries in the past decade of the contest, winning it an additional two times over the last decade. And they really knew how to put on a great show, breaking the hosting model with their fabulous 2013 show. This song though was not a winning entry; but out of all the songs from the last decade of the contest, is my number one favourite. I originally came on it by chance when I was researching the 2011 entrants, and was immediately hooked by it. It’s a song which features high levels of adrenaline and energy, creating a  song which is always very popular at the contest: an instant classic! But there’s more to it. The song has a very dark tone in tune, and features some great lyrics as a dark tale is told; suggesting how fame can be reached and gained, but also suggesting there might be a dark side, as to how people may get to it; and what they may become! It’s just a brilliant song and the highlight of my Eurovision Decade!

8. Never Forget (Greta Salome and Jonsi) – The first of two songs from Iceland on this list. Iceland must have a look-a-like school or something; in 2014 they had a lead singer that looked a lot like Kenneth Branagh, and here they have a violinist who looks a lot like Sarah Pascoe! This is a very classic song, but features a very pop like chorus that’s both very memorable and very catchy: the number of times this song has popped into my head without me knowing it! It’s a hidden and underrated little gem within the contest, but is still a gem! 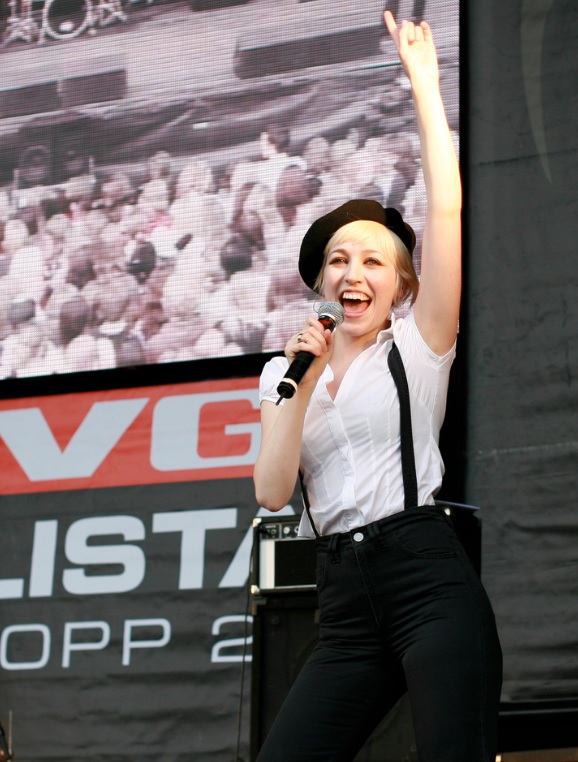 7. I Feed You My Love (Margaret Berger) – The first of two songs from Norway on this list. The 2013 show was probably the best all round show from the contest in the past decade, with most of this coming from it’s splendid format and fabulous hosting. The selection of songs on offer were good too, with a great choice of pieces that were both cool and memorable. Norway’s entry was good, and really shone through to me through it’s use of drum beat, tune and memorable lyrics timed with a simple but effective performance from the lead singer.

6. No Prejudice (Pollaponk) – Compared to the 2013 show, 2014 was rather lackluster and disappointing in almost every way. Not many songs really stood out for me, but this one did; but at first I found it rather annoying. Was a bit confused too wondering why Kenneth Branagh was performing a song for Iceland? But as time has gone on, I have grown to like the song as it’s generally just good gentle fun in everyway; it’s just a fun song with a fun performance.

5. Golden Boy (Nadav Guedj) – Much like the song above, this is a nice fun little entry. It was a welcome return for Israel as this was the first song to reach the final in a while; after the country had failed to qualify over the previous four contests. This has a nice funky hip-hop like beat, and then goes into a fun and energetic dance section as the singer highlights his qualities and promises to show his friend around Tel Aviv. It’s not a power ballad, but still creates a real level of energy that only a fun song can!

4. You Are The Only One (Sergey Lazarev) – I think I would probably place this along with Popular; in my Top 5 Favourite Eurovision Songs. This entry from Russia is very similar to the Winning song ‘Heroes‘ by Sweden from the previous year, with the use of the background display; but this song goes one further in it’s performance by angling it to allow an extra level of effect. Incredible choreography; backed up with a fantastic song! It has it’s dark theme and tone which I like, plus it has a great level of arena energy behind it, and is a song which goes onwards and upwards both lyrically and physically, creating a song which you won’t want to forget, like ever! 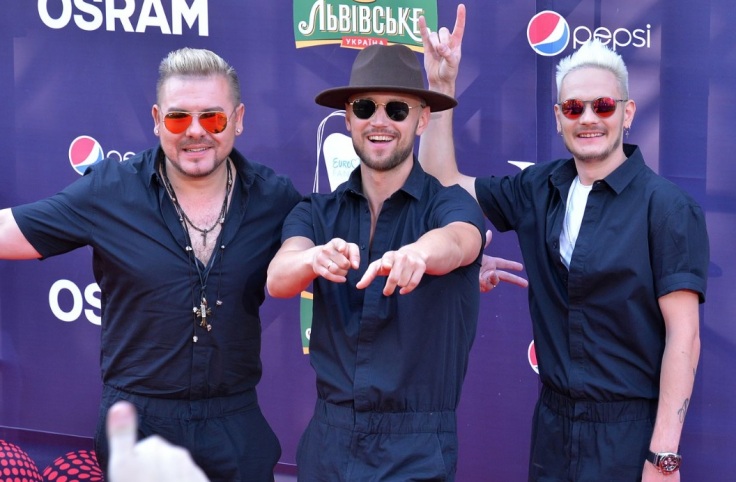 3. Hey, Mamma! (SunStroke Project) – Much like a few other songs on this list, I didn’t vote for this one in the final. I did vote for Romania‘s entry, but that song has been soured a little for me by possibly the most awkward kiss in the history of the contest! Anyway, Moldova‘s entry was who I would have voted for instead, as I was a little interested by their entry given I had voted for this group a few years prior. It’s a pretty funky and simple song featuring a cool riff and dance routine, plus the chorus is very catchy. It’s a very smooth song!

2. Higher Ground (Rasmussen) – This is a pretty simple song from Denmark, but one that creates quite a bit of power through vocals alone. It’s a song which is sung very simply, but in that creates very powerful lyrics and ideas which are simply inspiring! Backed up are some movements, not a lot, but the scenes were they are walking just looks incredible!

1. Spirit in The Sky (Keiino) – OK, this is a weird one; but what a way to close a decade on! This entry by Norway gained my attention first due to one of the singers being the spitting image of a former work colleague. Then I listened to it, and it was, like I said, pretty weird; but it works! It features all the quirks of a classic Eurovision entry, such as high energy and adrenaline, with a very catchy tune; one that you want to join in with! And then there is the other thing! You can’t miss it, it’s in the chorus, and has it’s own verse. It’s the sound of Sapmi/Sami rapper Fred Buljo. It’s something that makes you raise an eye brow and say “what?” to. But the more you hear it, the more it becomes a vital characteristic in this unique entry, and one that you just grow to love!

2 thoughts on “10 Awesome Eurovision Songs From The Last Decade”