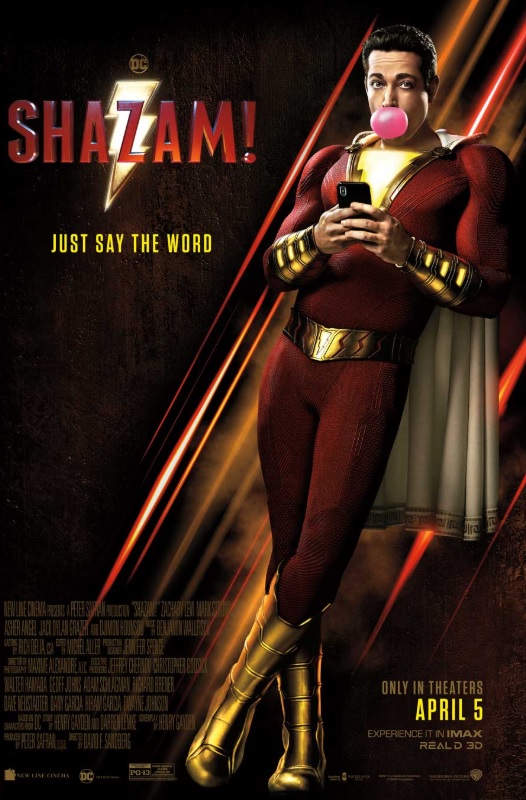 I have just watched Shazam!, and it was pretty fun! Directed by David F. Sandberg, and starring Zachary Levi, Mark Strong, Asher Angel, and Jack Dylan Grazer; Shazam! is a comedy superhero movie about the DC Comics character of the same name discovering his powers for the first time. From the start, the film proceeded in going in a different direction to all its other competitors, focusing instead on how the villain becomes, and how this leads to the choosing of a hero. The story also focusses on what families can be rather than what families are traditionally in movies, and that choice has a big part to play in creating an ideal life, but also how potentially fragile it can be. It’s powerful, but also very funny, with some great action pieces, great effects, but also has some real heart! Plus, it is nice to see Mark Strong as a powerful villain again!