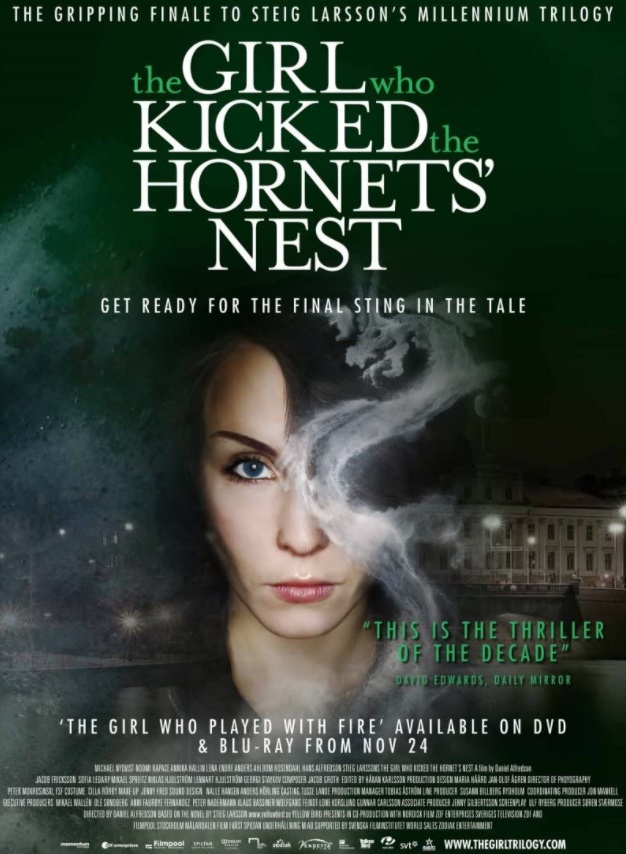 I have just watched The Girl Who Kicked the Hornet’s Nest; and it was Brilliant! Directed by Daniel Alfredson, and starring Michael Nyqvist, Noomi Rapace, and Annika Hallin; The Girl Who Kicked the Hornet’s Nest is a Swedish crime thriller based on the book of the same name by Stieg Larsson. In the third and final chapter in this series; Lisbeth Salander finds herself on trial for Murder, whilst Mikael Blomkvist discovers a hidden conspiracy directly related to her dark history! It was as gripping, if not more so, than the previous two entries. It jumps off the start line and instantly goes down the detailed and cool investigative route, whilst also sowing the deceitful seeds of those involved. It has a selection of cool side characters like Dr. Jonasson (Aksel Morisse), as well as some really nasty and sinister characters like Dr. Peter Teleborian (Anders Ahlbom Rosendahl). As the film continues things just get worse and worse; but it all comes to a deeply, and richly satisfying conclusion; that wraps up all loose ends, and concludes with a punishingly long awaited, but still; Happy Ending! Much like it’s two predecessors; it is a true masterpiece of cinema!