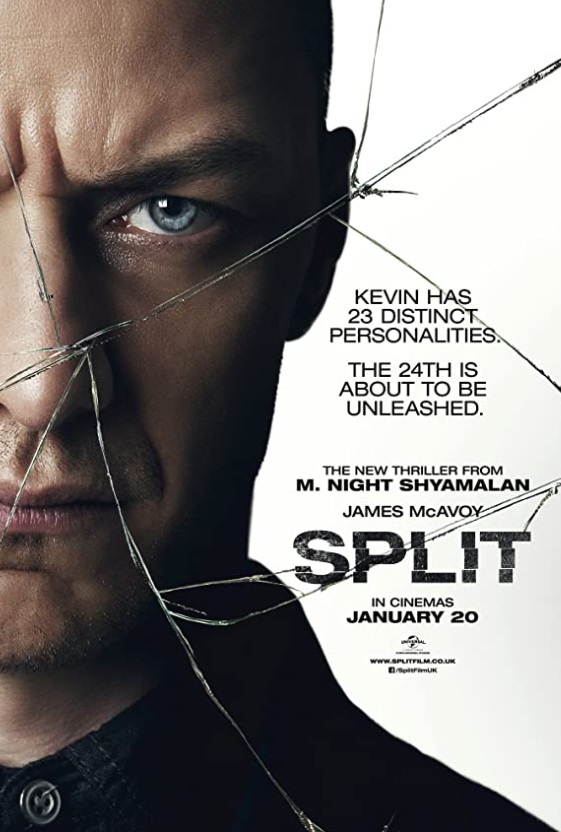 I have just watched Split; and it was very interesting! Directed by M. Night Shyamalan, and starring James McAvoy, Anya Taylor-Joy, and Betty Buckley; Split is psychological horror film about a man who kidnaps a group of girls, who face the horror of of trying to survive the man’s 24 different personalities. It’s not what I was expecting; I was expecting this to follow the simple narrative of many modern horror movies; but this film does something very different. It creates a profile of the lead girl’s background which in turn helps her greatly later on. This though is a minor detail in comparison to the film’s portrait of James McAvoy’s character. This is displayed through the groups interactions with him, and through the character’s therapy sessions. The Horror aspect of scares and frights are small in number, and more or less saved to the end, leading to a conclusion that you didn’t expect, as the film throws a wrench into proceedings; just as you begin to guess what may happen next. A very clever and interesting horror film altogether!