Did you know, that from the 1950’s, to the 2010’s; there have been at least two Godzilla films released each decade? It’s true! I am not saying there has been only two, or exactly two each decade, some decades have had more than that number released; I am just pointing out that the smallest number for each decade is 2 films! Now in this decade, there is currently only one film released so far. But there are still another 8 years to fix this glaring issue! 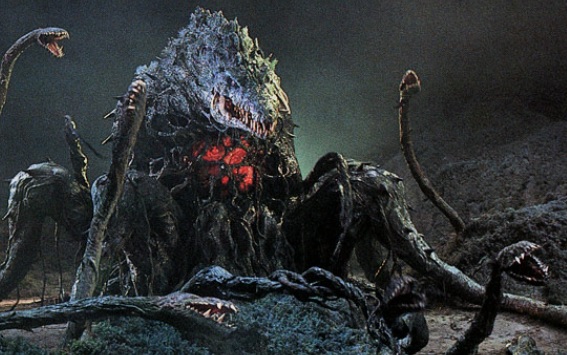 The 1980’s were a great period for Godzilla films. It kickstarted my personal favourite era of Godzilla Movies: The Heisei Era. The Heisei Era is my favourite for many reasons. For a start it includes several of my favourite movies, but also, it had a sort of continuation feeling about it. Whilst the films were independent stories, independent characters, monsters, and scenarios; there was a genuine feeling that they were all related. Not in a giant story arc, but in little subtleties. Things such as the occasional recurring character (mostly in the form of yes, Godzilla, but also a recurring human in Miki Saegusa – Megumi Odaka), and then in other films they would include other references too. The Heisei Era was a cool era!

The Godzilla series originally began in the 1950’s and continued to the 1970’s, but then it came to a close (for several reasons which I won’t get into now). In the 1980’s it restarted, but chose not to reference the previous series (except for 1954 obviously). So, there was no Moon Base built in 1999, there were no Giant Alien Cockroaches, or a fight between King Kong and Godzilla! The 1980’s brought Godzilla back with an additional kick of attitude too as he was once again a threat to humanity, not it’s hero!

The 1980’s may have only had two films released, but both films are really good! It makes the decade one of the strongest in the series, with two top quality films, and no real bad ones. So, I thought I would share with you my two favourite personal picks from this cool decade. And whilst there may only be two, I suppose the extra space could allow me to talk about them in much more detail. Anyway, here are my Top 2 Favourite Godzilla Films from the 1980’s; Enjoy!

2. Godzilla vs Biollante – Several years after Godzilla attacked Tokyo in 1984; a scientist, wishing to prolong the life of his supposedly deceased daughter; mixes her DNA cells with those of Godzilla’s!

Sort of going in reverse order with this list, starting off with the second released movie. Anyway: Godzilla vs Biollante is a really interesting movie. It starts off by referencing what happened at the end of the previous (below) movie, and uses that to launch it’s main plot. It’s a silly start in many respects, but it does help develop the film, in the desired direction. It’s title would let you believe it’s about a fight between the Big G and a plant based monster called Biollante; but that really only covers about a quarter of the film, the rest of it is devoted to stopping the Big G. Very similar in style to the previous film, but it does some really cool things with it.

Firstly, it’s focus on Godzilla begins with him not being there; but is a genuine worry, and there is quite a lot of build-up to his eventual arrival. There is a nice shot of his current location in the background of one scene, as well as a cool idea about a department setup to watch out for him (with a rather bored general at the helm). Then when Godzilla finally arrives, his rampage is well plotted out featuring scenes of destruction, army maneuvers, and a bit of science.

The soundtrack could be considered a little goofy; but it’s sort of cool too. The opening theme is nice and brooding, the chase sequences feature a cool basic guitar riff, the countdown scenes sound like a brass section following a conductor having a panic attack, and then there is a brief performance by Yuki Saito.

It’s a weird inclusion into the franchise, but it sort of…works! It’s soundtrack is silly but on point, it’s human story is long but well documented, and whilst Biollante’s presence is limited; when it does show up; it’s scenes are either interesting, shocking, epic, or all three! 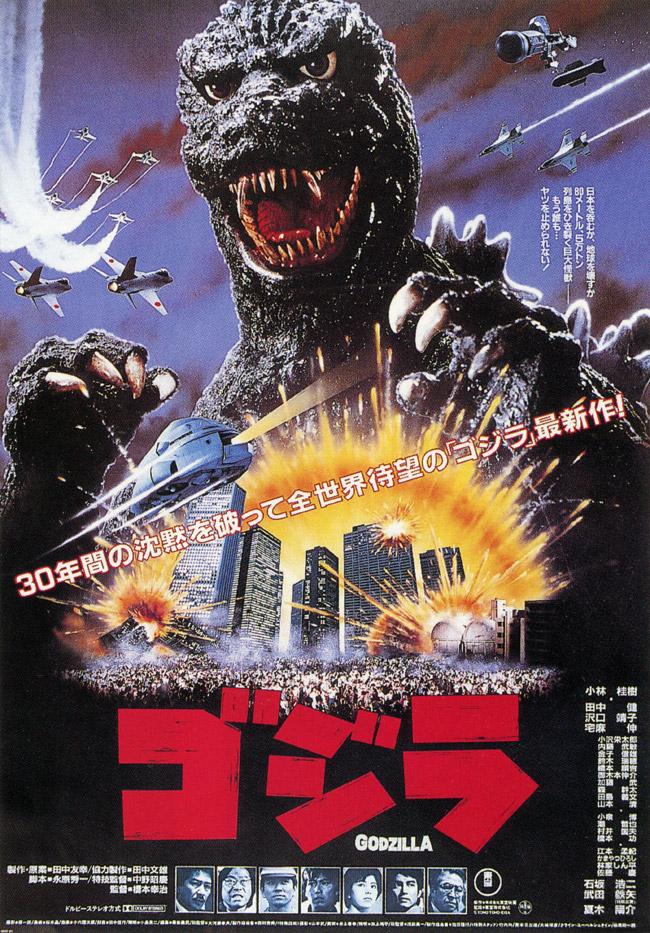 1. The Return Of Godzilla – In 1954; a giant monster called Godzilla attacked Tokyo. Thirty years later; Japan is in a new modern age, and has largely forgotten about that incident. But then, a fisherman claims to have seen said Monster, very recently!

This entry was originally released in Japan in 1984, with a re-cut American edition released the following year to fit their Cold War emotions. In this case though; I am talking about the original Japanese release. This one sees Godzilla return to Japan after a thirty year absence (see above), with some amazing shots of a more modern Japan in the background. This film does not feature a monster vs monster fight; but does feature a rather terrifying fight sequence between a man and a giant sea louse.

With Godzilla on his way, Japan readies itself for his arrival. It features some nice character relationship development, as well as the perspectives of the heroes scientific side, as well as the government’s position, not just on the looming disaster, but also from foreign tensions.

One thing that immediately stands out for this film is it’s rather unique soundtrack. Choosing not to use pieces from previous films, this film makes up an entirely new one; and it is Fantastic! It’s one of the best soundtrack’s from the entire series. It features it’s sad moments, terrifying moments, but best of all; it’s army maneuvers, and Super-X march. They’re so cool, and catchy, I have sometimes found myself listening to them in my head when I am simply walking through town. They are simply Brilliant!

It’s focus on helming the looming disaster of Godzilla as a singular incident, rather than with additional monsters works wonders, and the viewpoints from all sides create some interesting ideas. In many respects, The Return of Godzilla was the Shin Godzilla of it’s time, and is one of my all time favourite movies!