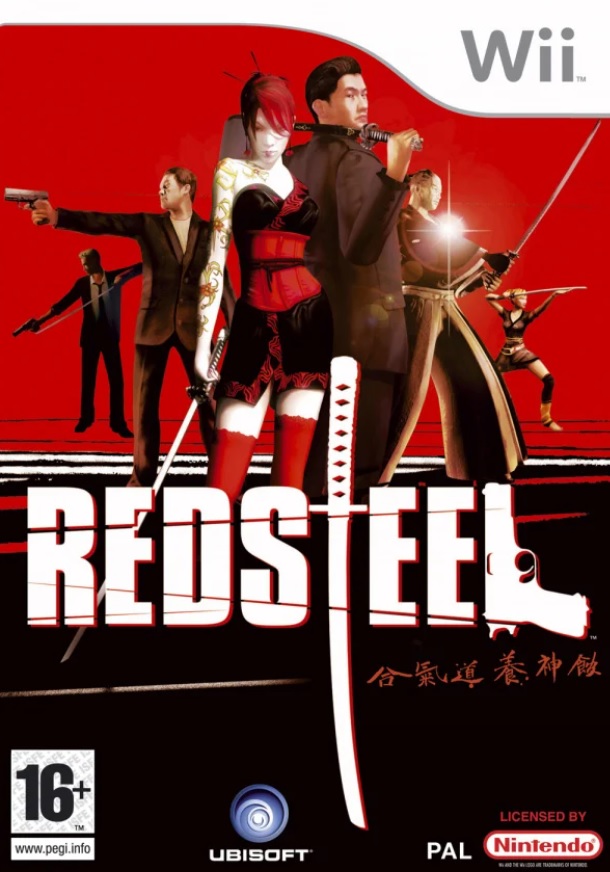 I really liked the first Red Steel game! I know it got something of a mixed reception with issues with the Wii controls and other glitches here and there; but for me, I absolutely enjoyed it. I like Japanese things, and Japanese culture, and for someone who couldn’t afford to travel to Japan; it gave me the opportunity too digitally visit it and experience some of it. Before the delights of VR Gaming, this was the VR game of my dreams. Plus I really do like swords, and prefer them over guns.

So as a fan of the original game, and a fan with lots of happy memories, I thought I would do a quick Top 5 Post highlighting my favourite levels/missions from the game (a quick mention for Otori’s Dojo, as though while it was my favourite place to visit; it was less a level, more just a place to visit). So without further ado; here are my Top 5 Favourite Red Steel Levels/Missions; Enjoy!

5. In the Name of the Father – this level was one of the largest and most tricky to complete in the game, due to it’s scale. But it did allow the opportunity to go inside a Japanese Castle, really explore the internal structure of one, plus featured some of the more beutiful sets of scenery in the game!

4. Reunion – The final Mission felt like one of the quickest in the entire game. You’d have thought being the grand finale would have been the biggest one, but it felt so quick. It did though feature more stunning sets of scenery, plus had a great mix of both traditional and modern sets of Japanese architecture!

3. Burning Trash – Burning Trash was the first full mission of the game to be set in Japan, as all the others to this point were set in America. The level/mission is a pretty basic set-up, as it’s more of a shooting level than a sword fighting level. But it makes great use of what is easily the game’s best piece of soundtrack (except for possibly the piece heard briefly in one level, and at the end of the original trailer)!

2. Tetsuo’s Games – Tetsuo’s Games is still etched into my brain as one of the weirdest things I have ever experienced in any video game ever made. It was a weird psychadelic experience, as the first part of the game was scary for replicating moments from the original trailer, before then going down what was a very scary experience, as you get attacked by shadows in a dark room, people dressed as dinosaurs waiting in giant eggs; and oh yeah; sword fights with Power Rangers. It was a tricky level to complete, and a weird one to experience, but so satisfying once finally finished!

1. Fish Market – Much like Burning Trash above, this one was more of a Shooting Level than a Sword Fighting level. But it had some cool set-ups, such as being locked in a freezer, and having to find and reclaim your stuff once again, and then get revenge by locking another person in the freezer. It was a simple yet fun level which was just so easy to get lost into, and didn’t have any majorly tricky moments or bosses to defeat. It’s simplicity and subtle genius just made it a really fun and enjoyable experience!