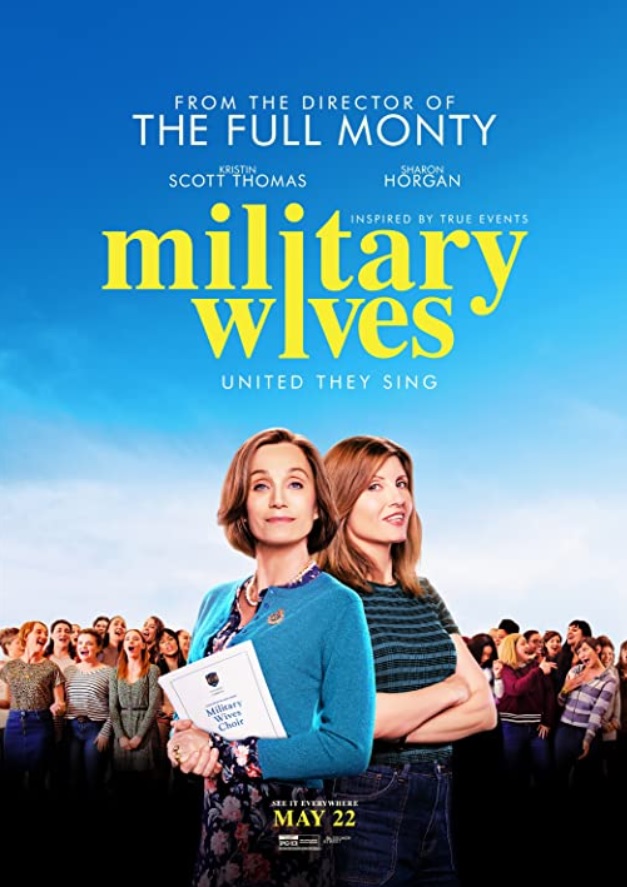 Yesterday I watched Military Wives; and it was rather sweet! Directed by Peter Cattaneo, and starring Kristin Scott Thomas, Sharon Horgan, and Gaby French; Military Wives is a comedy-drama film based on the true story of the Military Wives Choirs, as featured in the documentary series The Choir. The film focuses on the lives of the wives of military personnel, who form a choir, and soon find themselves the focus of a media sensation. Going into it, I personally thought it was going to be like Calendar Girls, but this story is a bit more dramatic. The real focus of the film is on Horgan and Scott Thomas, as they continually clash with each other, as to the direction the choir needs to go in; with one focusing more on fun, whilst the other wanting it to be more serious. As the film develops further, the rest of the gang begin to emerge as the choir helps them break out of their shells. This in turn eventually leads to a major live performance; which is an incredibly powerful moment, that will genuinely bring tears to your eyes. The film does include it’s light hearted moments, but on the whole is more a serious affair, as it deals on the subject of coping, and grief; for the unlucky ones who lose family; and the film works hard to make you realize the pain these people go through at home. It will make you want to sing your heart out in joy, and creates a desire to join in, but at times it will also make you cry. But when this mixture is whisked together; we are left with a heartwarming, and sweet experience!