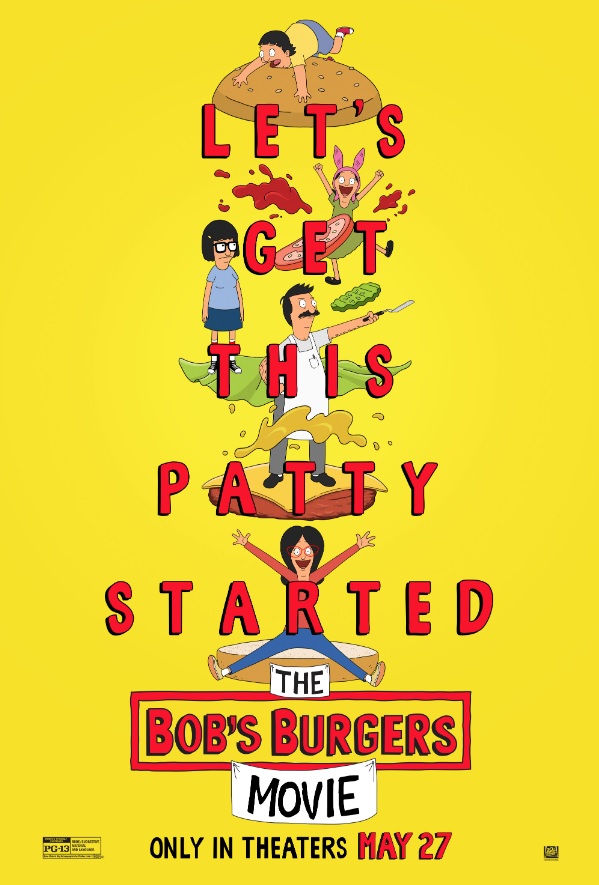 Today I went to see The Bob’s Burgers Movie; and it was alright! Directed by Loren Bouchard, and Bernard Derriman, and starring H. Jon Benjamin, Kristen Schaal, and Dan Mintz; The Bob’s Burgers Movie is an animated film adapted from the TV series Bob’s Burgers. The film follows the Belcher Family as they struggle to pay off a loan, which is made a whole lot more difficult, due to a sink hole opening up right outside their restaurant, preventing anyone from getting in! The film does take some time to get going, as to begin with it feels less like a feature length edition of the series, and more like a one off featuring a new style of art and animation. But when the film gets about half-way, it then begins to feel more like you are watching a feature length episode, featuring musical numbers, terrific cameo appearances and a whole lot more to laugh about. The story is intriguing, but when the film finally reaches it’s realization moment, the ending goes on for a really-long-time, and you can feel it going on for a really-long-time, and you just wish it would just hurry up! It is worth watching to some degree, as it does definitely get better, and funnier as time goes on, but that ending is way too long and dull, it does leave a sour taste in what was becoming something pretty good!

Also, why didn’t the film feature the awesome opening theme and gags?