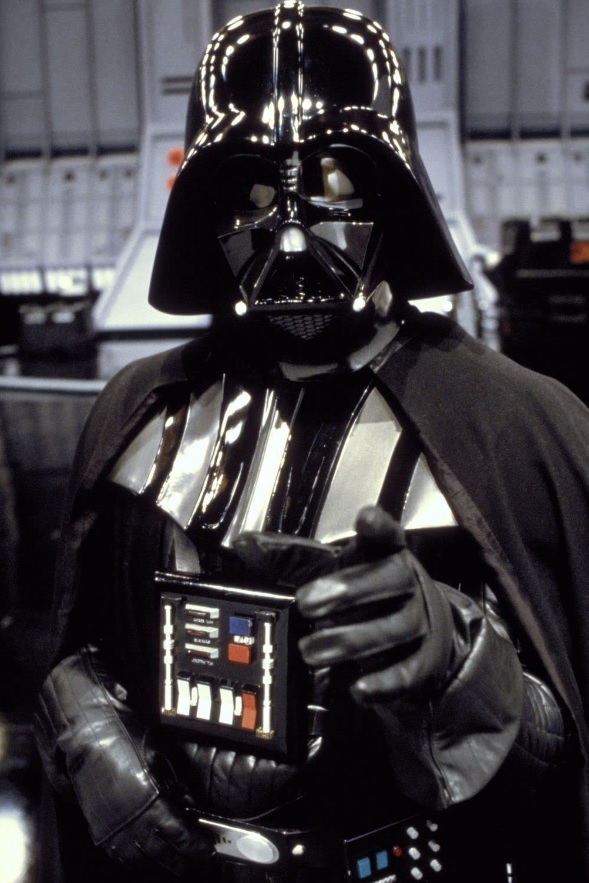 Star Wars: Love it, or Hate it; it is hard to deny one thing above all else; that Darth Vader is really cool! He is one of the most iconic villains of all time. Not just an iconic movie villain, but an iconic villain in all forms of media and beyond. From the first moment he appears, to every subsequent encounter; you can’t, wont, nor want, to take your eyes off him. He is an amazing character, with a great level of depth, and an interesting backstory, which highlights his fall from grace, to ultimate redemption. And all the while this is happening, he is wearing quite possibly the most imposing villainous clothing ever created, whilst also breathing in a strangely hypnotic way. He is just Awesome!

When you think of Star Wars, you immediately think of Darth Vader; which is both happy, and sad; as to date, there has not been one single Star Wars villain that rises up to the same level as him. The only one that got anywhere near close was Darth Maul; and that ended very quickly, unfortunately. So, as each new Star Wars film comes along; the effectiveness of the series villains diminish and collapse before our very eyes in a faster than light succession. So one thing that can instantly be drawn from this; is that Disney has no idea how to create good Star Wars Villains!

But whilst Star Wars continues to struggle on in a vain attempt to make new villains (and new stories that aren’t simply direct remakes of previous films in the same series); we can still look back at a time when Star Wars made the most iconic movie villain of them all: which is what I have been doing!

Yes, whilst Star Wars has fallen out of favour with me personally; I have found quite a bit of joy in the last few days looking back on the career of everyone’s favourite movie villain. So, I thought it might be fun to list my personal favourite Darth Vader moments. Now for this list; I am sticking to the films; so any appearance in other media, or cartoon/animated specials are not included (which includes nearly every sketch of Robot Chicken that features him).

5. Lack of Faith (A New Hope) – Quite an interesting scene this one; as for a start it highlights for the first real time in the series; what the force is, and how it can be manipulated to achieve certain things. In this case we get it in the form of Darth Vader strangling a subordinate, which is also a good way of advertising throat lozenges too. It’s additionally interesting in that we see Darth Vader responding to the direct orders of Grand Moff Tarkin (played by the great Peter Cushing). This therefore highlights who the real villain of the first film is, and makes us wonder additionally about who else may be able to order the great Darth Vader around!

4. The Last Time (The Empire Strikes Back) – Quite a quick scene this one; but it does highlight that Darth Vader does have the mind of an army tactician. But more importantly of course we learn that Darth Vader does not tolerate failure, no matter from whom, or even where they are in the chain of command!

3. Saving Luke (Return of the Jedi) – Sort of ruined a little now, thanks to a later Blu-ray release which places Darth shouting “NOOOO!” at the critical moment. But, it’s still a powerful scene. Even when Darth is not heard shouting “NOOOO!” it still carries power. He doesn’t even need to say “NOOOO!” as the light reflecting off his helmet is more than enough to show the emotions leaking out of his helmet; which is then exemplified by picking up the Emperor, backed up with that famous track. It’s pretty Wizard!

2. Arrival on the Second Death Star (Return of the Jedi) – I love this scene, it’s my favourite moment from Return of the Jedi. It’s pretty low key and simple, as all Darth does is walk off his shuttle; orders an officer around, then walks off. But it’s the way he presents himself that does it. When he walks off the shuttle, he carries the aroma, the power, of a prizefighting boxer. Then when he lays in to the Death Star commander, he highlights that the Emperor is not as Forgiving as himself; which again throws fear into the ring, as we know that Darth Vader is not forgiving at all!

1. Imperial Fleet (The Empire Strikes Back) – The power of this scene is immediately amplified by the debut of the Super Star Destroyer (Executor), which is able to cast an entire shadow over other large space ships. Then the scene descends into a case of bickering between major Imperial Commanders; before Darth Vader walks in; and settles the argument. This is the moment where he breaks free of the rule of Grand Moff Tarkin, and now runs the ship with force. He speaks very little, but his power is personified. Even through the smallest of things, such as saying “General Veers” demonstrates and highlights the power, that makes him an iconic villain!