Since the first Godzilla‘s appearance in 1954; Japan has been attacked by many more giant monsters. In the late 1990’s, a new project is setup to create the ultimate weapon. By 2003, the project is complete, and a new giant robot called Kiryu is built and ready. But after a seemingly quick victory against Godzilla; said robot goes wild, and runs amok, levelling much of the city!

Released in 2002, and directed by Masaaki Tezuka; Godzilla Against Mechagodzilla is the 27th film in the Godzilla series; and the fourth entry in the Millennium Era. The film stars Yumiko Shaku, Shin Takuma, Kana Onodera, Kô Takasugi, and Yûsuke Tomoi; as well as Godzilla regulars Kôichi Ueda, Kumi Mizuno, and Akira Nakao…Oh, and let’s not forget Japanese Baseball star Hideki Matsui.

Continuing on with the trend of Toho‘s strange desire to bury the immediate past; Godzilla Against Mechagodzilla (much like the three films proceeding it), is a direct sequel to the original 1954 Godzilla. There’s nothing at all wrong with that, but given that over the course of six years; five films (out of six) in the same series do this; it does create a rather confusing conundrum. It’s just the case that, as each film gets released, each film released the previous year, is just swept under the rug (narratively speaking). So, I suppose we just have to let it live, and continue on the best way we can…I guess. So; as this is a direct sequel to 1954, we must forget about that time when giant insects flooded a large section of Tokyo, as well as the time that UFO became a living thing (wait; hang on a second?)!

Whilst this film does ignore about 25 films worth of content proceeding it; it does still use other film’s to help it set up. These films being both Mothra, as well as The War of the Gargantuas (and to a lesser extent, for the purposes of just one shot; Godzilla vs. King Ghidorah). 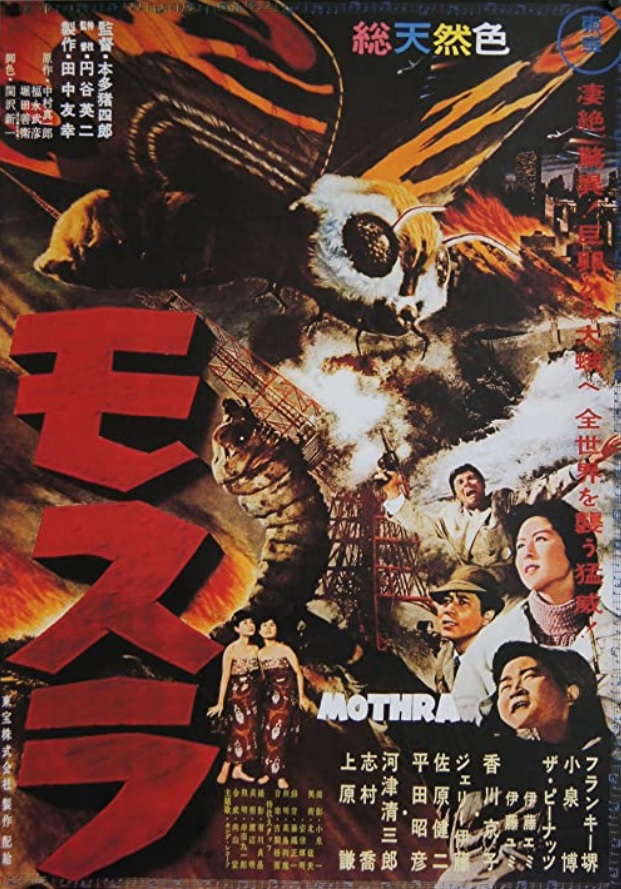 So, Japan is often attacked by giant monsters, but the country does not have any real way of stopping them; so maybe it’s time to try a new tactic? To this end, they use cells from the skeleton of the original Godzilla, to help create a bio-mechanical monster of their own, which they can use to defend themselves with. To this end, they create; ok wait, this get’s a little tricky!

Yes, technically they have built what could be called Mechagodzilla. It certainly looks like a mechanical version of Godzilla, so MechaGodzilla would make sense. Right? Wrong! It’s actual name is Kiryu; which comes from the Kanji characters Ki and Ryu, which together mean Machine Dragon. All cleared up? Right, let’s carry on. So (I promise I’ll come back to it).

So; Japan has built a ‘Machine Dragon’ called ‘Kiryu’, which has an arsenal of weapons used for the sole purpose of defending Japan from Godzilla. And as luck would have it; Godzilla has re-emerged during the same day as the press conference revealing Kiryu to the world. So, now they can properly test their new toy!

The two giants stand off with each other, but Kiryu’s florescent array of weaponry is seemingly enough to send Godzilla back into the sea. Great right? The new weapon works, and doesn’t need to do much to send the all mighty Godzilla back into the sea. Great news, right? Right? Well, no! You see it turns out, that fitting out Kiryu with Godzilla cells, means it carries the memories of the donor; and this in turn causes it to have some kind of mechanical mental breakdown, and go on the rampage. This really is one step forward, two steps back!

Using Godzilla’s own cells to create a new Godzilla looking weapon, is a cool narrative device; as it creates this skeleton on which to build the new Mechagodzilla, plus it helps to set-up the story of a hero-esque machine running amok. However, you are left scratching your head wondering why the machine, needs Godzilla cells in the first place; why can’t they just make a giant robot for instance? But given the story we have here, that’s a head scratching moment that we can cope with. For the most part, you can forget most of the issues with this film, (mainly in the form of the CGI department); because you will be spending most of the time wondering why on earth they chose the name Kiryu?

Its suggested that the filmmakers wanted to distance themselves from previous versions of Mechagodzilla, to let this one live. But even before that name debuts in the film, it’s already distancing itself. Firstly it’s made in the Millennium Era, which means all previous film’s are swept under the rug; plus it chooses to use the word Against rather than the usual VS. But, I like the name Kiryu!

I like the name Kiryu, as due to it’s use in this film; as a sort of nickname for Mechagodzilla; hearing that name brings up thoughts of this version of Mechagodzilla, which in my opinion is the best version to date! Kiryu is a very funky design, and unlike previous iterations of the character, actually looks like Godzilla. The previous versions, carry traits of Godzilla, but don’t look like an exact copy. This one does though. Plus, it looks both cool, and really scary too. It creates this design balance, where from one side it looks like the film’s monster hero, but also has another side, which looks scary, when running amok!

Kiryu running amok creates a real level of tension in the film, as this super weapon is constantly paraded as the country’s only hope in defeating Godzilla; but creates a dramatic situation, with a level of worry, as to whether or not they can use it again? But whilst all this is going on; it creates a sort of story of redemption for the film’s lead.

Yumiko Shaku plays an army pilot with a somewhat depressing background; one of where she accidentally causes the death’s of several people, and gets demoted. But, with the Kiryu division of the army under the command of an old friend, she is given a chance to rise up from this situation. However, it is not an easy process due to another member of the team. But, as the film threads away at the above story, she is able to drag herself up from feelings of low self worth, and become this strong heroic figure.

The two stories sort of work in tandem, but not necessarily on the same level, but the film does use both situations to create one full story. One of a dramatic and complex situation; which on one side allows a strong character to become the hero, whilst dealing with her own inner struggles; much like the scientific team dealing with a machine with an identity crisis.

Godzilla Against Mechagodzilla is a really cool and often fun film, but it is helped out a lot by the soundtrack, in particular, the recent themes composed by Michiru Ōshima. Ōshima has in total worked on three Godzilla films, and her themes and styles, unlike other composers before her; don’t heavily borrow on from the works of Akira Ifukube. She has created her own themes, and has placed them in ideally placed moments in the film. Her Godzilla theme is heard in all three films she has worked on. It has some stylistic tweaks, but the main composure remains the same. It’s that drum beat at the start, which launches into a militaristic theme; it give the whole thing a militaristic feel; which this film needs, as it has a large amount of focus on the military. It can be used to create scenes of army drills, as well as large epic scaled scenes of conflict. It is in great respects, the perfect theme for this movie!

Godzilla Against Mechagodzilla is an interesting film, with a cool idea, and a nice easy going story, packed with plenty of drama and character growth. It still carries many of the mod-cons of a classic Godzilla film, but it allows itself, to do something different and unique, which it then does to everything else; even the non-applicable. But in turn still creates a great movie, and one of Mechagodzilla’s best, if not best. Plus, thanks to how the story concludes; it does mean that for the first time in the Millennium Era; the following film is a direct sequel, and not another film to bury this one under the rug!