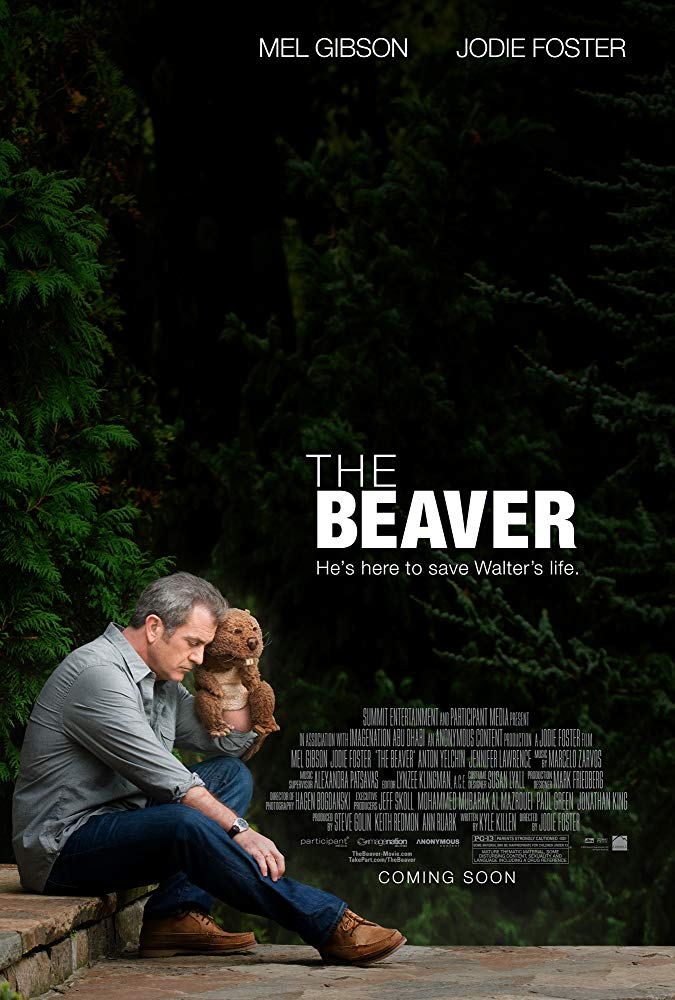 I have just watched The Beaver, and it’s pretty powerful! Starring Mel Gibson, Jodie Foster and Jennifer Lawrence, The Beaver follows the life of a toy executive suffering from Depression, who finds help, then eventual hinderance from a puppet Beaver that talks to, and for him. The film’s soundtrack makes me think of that of the Hayao Miyazaki films Porco Rosso and Howl’s Moving Castle. The film’s cast were all pretty good, especially that of Anton Yelchin playing the son of Mel Gibson’s character. The direction is brilliant, and stays on course in what starts out as an almost humorous occurrence turns into something far more dark. The film’s plot in all is pretty powerful, as it goes root deep into the dark side of Mental Health and just how bad things can become for those suffering from depression. But the film also showcases that it’s not just the sufferer or victim who is affected, but the lives of those around them; their parents, husband, wife, sister, brother, girlfriend, boyfriend and even children, can be severely affected also and which, if not treated well or properly; could cause knock on effects for generations to come! Deeply powerful; The Beaver is a film which just knocks you to your core!