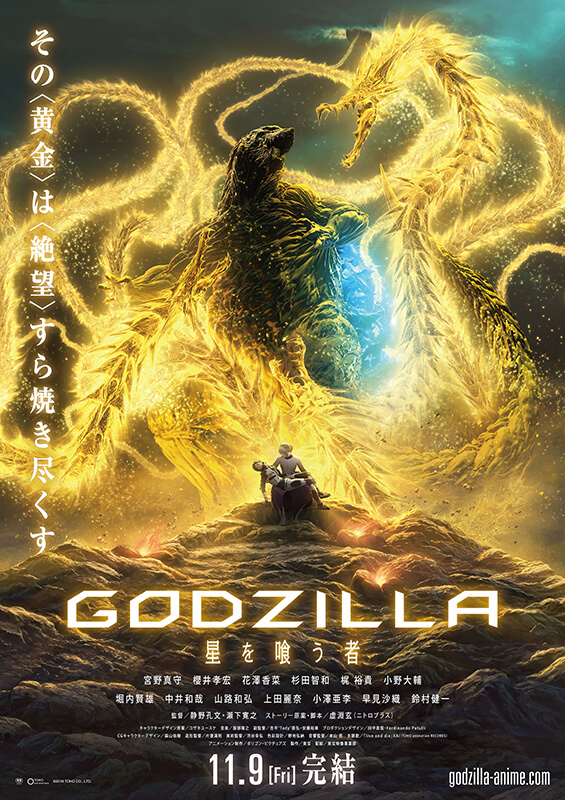 I have just watched Godzilla: The Planet Eater; and it was rather dull. Set directly after the events of City on the Edge of Battle; The Planet Eater is the third film in the Godzilla anime trilogy released worldwide on Netflix. It feels like this story should have been told perhaps in the form of episodes not movies, as by a direct result of not watching them all at once or in an episodic format, it is so hard to remember and keep up with all the previous events and names of all the different factions. The film starts off ok with a cinematic title sequence which brings nostalgic memories of classic Godzilla movies like Godzilla vs Biollante, and the ending starts out nice and peaceful, however the rest of the film is a bit of a mess. There is so much talk and chatter that it actually makes the thing rather boring. The involvement of King Ghidorah just flips everything over that has been told in the previous two films that it leaves a very confusing taste on the whole experience. Whilst the story tries to create a profound and deeply meaningful critique on what has happened plus elements of the human dislike and creation of monsters, it just gets lost overall and in the end creates nothing more than one massive, anti-climactic, titanic mess! Altogether; boring and disappointing.