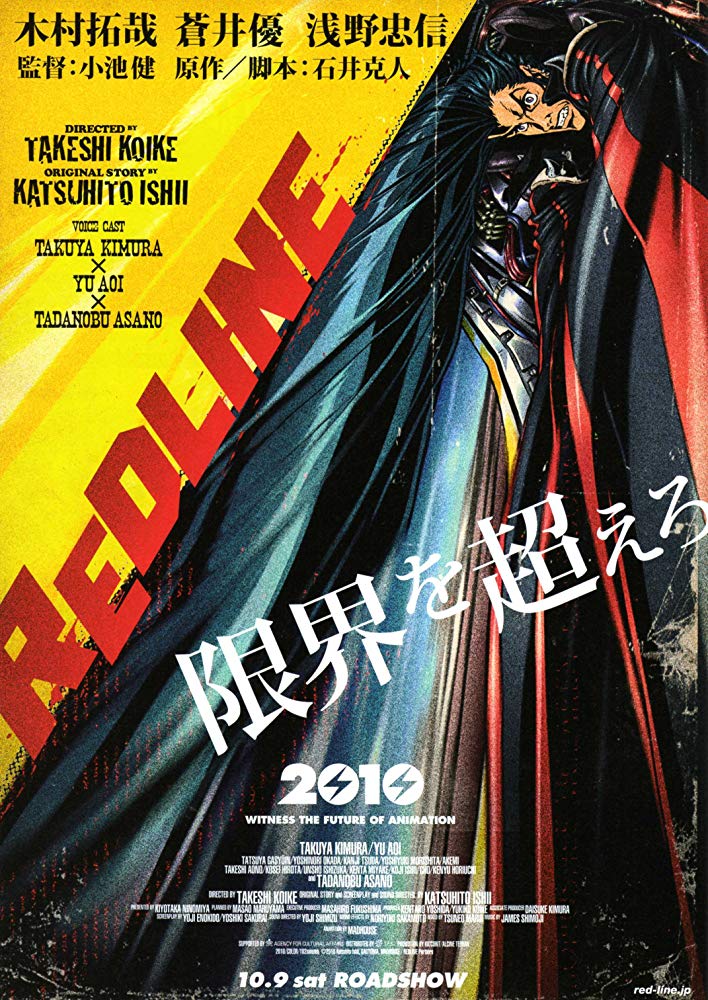 I have just watched Redline; and it was rather dull! Directed by Takeshi Koike; Redline is an Anime movie about a planetary racing league. The animation is beautiful, and the racing is both adrenaline racing and spectacular; but the rest of the film is rather questionable. There is no story or character development, no real setup, and no explanation! The main characters just seem to be there and don’t really do anything until the end of the film; they just sort of hang around and leave long gaps where there could be dialogue to move the story along. The only real development story-wise, seems to be in this vague subplot about a planet called Roboworld which is in a state of war against both illegal street racing and a worker based uprising. This creates just a confusing state however where again you don’t have any understanding of what’s going on! I had such high hopes and anticipation for this film, and in the end I was rather disappointed. Like I said, the animation is terrific, and the racing is awesome, but there’s barely anything else to make the whole experience worth it!