I really enjoy the Transformers movies; it’s absolutely true! Hailed by both critics and audiences as dreadful movies; I have always seen them in much better light. I have always been something of a casual Transformers fan. My brothers used to collect the toys and watch them on TV when they were young. For me Transformers became an important part of my life when I first watched Transformers: Armada. Every time an episode aired, I was sitting in front of the TV, with each episode keeping my attention in it’s grasp (I was a teenager at the time). Same goes for when Transformers: Cybertron aired too.

When the first film was released back in 2007; I was so excited for it, and loved it from beginning to end! Each subsequent release in the series then became a must see movie for me; each one taking up high ranking positions on my most anticipated movie of the year lists. Whilst the series has come to something of a stall; I still have a great deal of love for these movies; so I thought I would share my Top 5 with you. 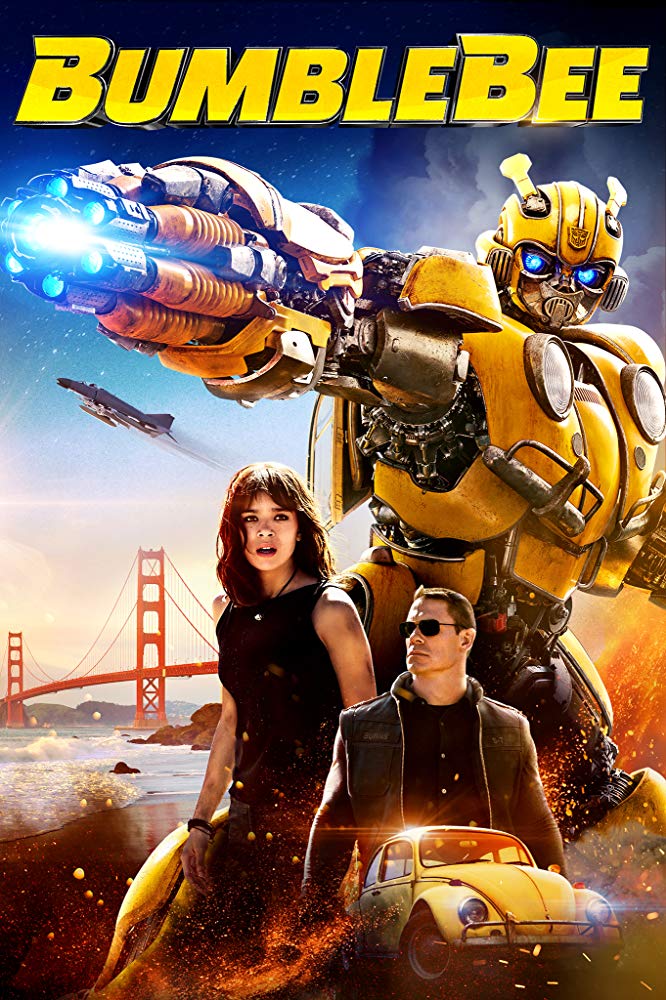 Now there is one issue with this list already as I have not seen Bumblebee yet. I was a bit put off from seeing it mainly (and ironically) due to another film in the series; which sort of soured the taste for me. I may end up watching it in the future, and have heard that it’s the best in the series to date (the only one with a fresh rating on Rotten Tomatoes), but for this list it’s omitted; plus it allows me an opportunity to talk about the one that soured the taste. Anyway, I hope you enjoy this list of my Top 5 Favourite Transformers Movies.

5. Transformers: The Last Knight – Right let’s get this one out of the way; this is the one that soured the taste! Whenever a Transformers movie has been released, I have gone along to the cinema with a level of acknowledgement knowing that I am going to have an enjoyable time, it was a cast iron guarantee; not this time! The film was all over the place; it jumped from scene to scene with no explanation as to why it did so; creating a massive mess of confusion in it’s wake. It was over the top, the plot didn’t really make much sense, and the films star power was badly managed to a point where you just did not care about anyone! The final act was good, it was the only time in the whole film where you can point and say ‘that’s a Transformers movie!, that’s what I came to see!’, it’s just a shame that the preceding 2+ hours wasn’t!

4. Transformers: Dark of the Moon – Possibly under the belief that Revenge of the Fallen was a bit too action packed, Dark of the Moon went in trying to convey a bit more drama and just tried to do something very different to it’s predecessor; it’s just weakly executed. It has all these new designs and ideas of what these films could be, but, in the end it just feels a little off. It brings in famous characters for the fans like Soundwave and Shockwave but uses them very sparingly in favour of more comedic characters. Scenes would change from one perspective to another with no filler or reasoning. More humans were added, but again not really eye grabbing enough for you to care. It was hampered in story with the departure of Megan Fox for Rosie Huntington-Whitely which is a bit of a shot in the arm as the previous two films relationship build-up between Fox and Shia LaBeouf just felt like a waste of time; no offence though to Huntington-Whitely who still put on a good performance in a rather dull entry. It has it’s moments but it is a bit off and a little cheesy; although Megatron shouting “THIS IS MY PLANET!” is simply Awesome!

3. Transformers – Still a pretty and visual treat for the eyes; the first Transformers film kept it easy and small. It doesn’t start off with a colossal bang, but begins the series in a similar vein to the old. It featured a growing story that you can keep attached to with plenty of explanation and discovery, whilst still building up as time went past; slowly but surely introducing characters at the right time and finishing with a spectacle that audiences will remember on the drive home. In retrospect it’s a pretty simple film, but on a format scale it’s a format that works and was a great way to re-introduce the series to both major and casual fans as well as entice and create new ones too.

2. Transformers: Revenge of the Fallen – So the first film introduces the series well; so how can it be outdone? Yes this film did sort of drop some of the character development and drama and replaced it with more Robots, but hey it’s a film series about Robots; what do you expect? Revenge of the Fallen does take time to build-up to it’s conclusion and does have some questionable actions in it’s plot, mainly in the form of Skids and Mudflap! But, look away from that, there are other things going on. There is a comedic and still dramatic quarrel of lovers finding their groove, there is a terrifying plot in involving a rogue group of machines, and there is a major plot point in the death of one of the heroes! The film is an action paced mystery which satisfyingly builds up to and concludes in an epic battle between Man, Machine, and more Machines! plus there are some great quotes from Jetfire, an epic moment where Optimus Prime shouts “GIVE ME YOUR FACE!”, and the casting of Horror legend Tony Todd.

1. Transformers: Age of Extinction – It’s a long one at just short of 3 whole hours long. It has a lot going on in it, and contains a long winded plot; that is surprisingly easy to follow (yes the plot involving Galvatron‘s switch is a bit rubbish, but bare with me). Age of Extinction throws off the gloves and decided to go all in on action packed tension. It kills of characters early whilst creating a story of revenge that questions what the Transformers mean for planet Earth. It features great star power who all perform to the top of their game with particular mention for Mark Wahlberg and Stanley Tucci; whilst also making good use of new stars with special mention for Nicola Peltz. It includes famous Transformers like the Dinobots, and an amazing soundtrack from Imagine Dragons, whilst also providing a clean cut and colourful design for each major Transformer. Overall though this film does one thing over the others in the series; it allows director Michael Bay to do what he does best (now I know for many that sounds like a bad idea, but I genuinely enjoy his movies, and this film does have the touch of Armageddon about it). The film contains a huge amount of action culminating in a glorious final battle that looks incredible and isn’t not one sided either in favour of the heroes. The only thing really holding it back is that it still is a bit of a family film, the revenge plot is great but no harm comes to the humans who justly deserve it! A little Raid like violence and the rest would be history. Either way, this is still an incredibly enjoyable film, and to me the current highlight in the Transformers film series.