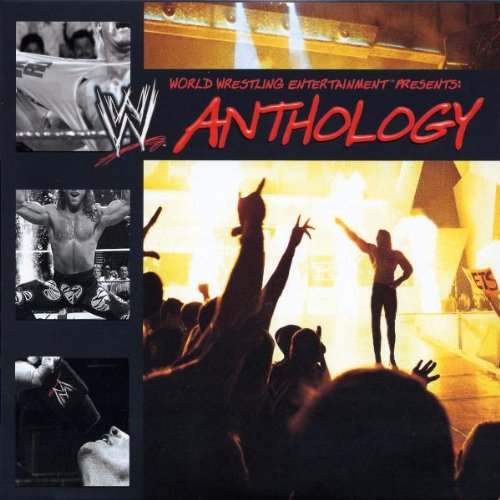 I first became interested in WWE and Professional Wrestling on the whole in the summer of 2004. After going to the Manchester Evening News Arena the following November to see Smackdown live, I heard that there was a collection of released music from WWE featuring entrance and show themes available; so I bought it. The WWE Anthology became one of my favourite albums (although I did have an odd and small collection at the time), but to this day it’s still an enjoyable collection of pieces. Recently I have been re-listening to the collection in the car, and thought I would list my favourites; starting with the third disc!

The third disc; titled as “NOW!” (the anthology was released in 2002) features a collection of tracks written and produced after the Attitude Era. Like the other two discs, this lot are a strange variety of styles featuring heavy rock, and rap amongst others, but you can hear a more modern production value in comparison to the other two discs, as these were produced with more modern means compared to the technology available at the time of the other two.

The third disc however is pretty disappointing; whereas the other two discs feature 30+ pieces each, “NOW!” only features 17, so you will hear them all very quickly and then hear them all again very soon afterwards. Despite this though there are some gems in the collection. So, without further ado, here are my Top 5 themes from the third disc (“NOW!”) of the WWE Anthology: 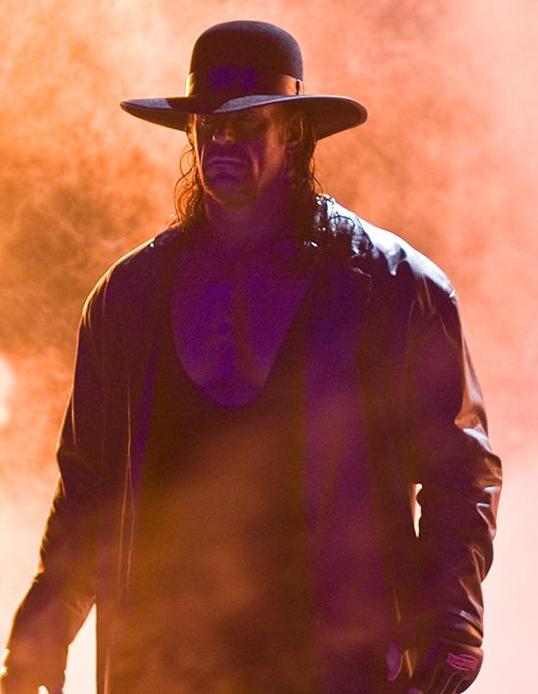 5. Dead Man (Undertaker) – During the Undertaker’s American Badass persona, at many major events he was known for using the Limp Bizkit song Rollin. During other events however he used a different theme. This theme had the Badass Biker style in the song, instead of the loud funeral sounding pieces he used for most of his career. The third disc actually features two versions of this song, one with vocals and the other without. This is the one without, although does feature the opening introductory vocal. It’s loud and heavy and suited his character well, although I do prefer the Rollin Version more.

4. Next Big Thing (Brock Lesnar) – Unlike quite a few tracks on the third disc, this one has stood the test of time. Still used by Lesnar to this day, this piece features the classic sly guitar riff and big drums to announce the arrival of one of the most dangerous personas in WWE’s history. It’s an aggressive theme and a great one to just listen to from time to time as it features foreshadowing, and even a breather in what is a very rocky theme.

3. I’m Back (Eric Bischoff) – This piece is probably the most apt for anyone on this disc. Used to herald the return of the same man who once upon a time led the WWE’s biggest rival: WCW. It’s a really catchy piece and the vocals are nice and loud and both sound and feel real, like someone proudly saying ‘I Told You So!’. It works well for his persona, announcing his arrival and return, and is the perfect theme for someone who just captures everyone’s attention when he walks into the room. He is not Vince McMahon, but he is still someone to be feared!

2. King Of My World (Chris Jericho) – Regular WWE fans may hear this track and think ‘That’s not Chris Jericho’s theme!’, and they would be right, because for most of his time in WWE Jericho used a different entrance theme. Now this track may not be his classic piece, but that doesn’t detract any sparkles from this little gem. It’s a bizarre collection of styles and speed, and in this strange variety of sounds is the title playing in the chorus, which after a few listens becomes rather catchy.

1. At Last (Christian) – This piece works off two main ideas: The first and possibly a bit corny is that his name is Christian so that’s why the song features some Gospel Chorus sounding singers; the other is that Christian was now a singles wrestler, so that’s where the At Last name comes from. Yes, this one is a bit corny in it’s theme; but to that end it’s pretty good. The gospel chorus moments have a strong energy to them, where as the main tune (which is similar to another theme Christian would later use) features a light and shouty rock section. It’s a bit silly, but they took the ideas and whacked them into a rather funky and enjoyable piece of music.