I love X-Men. The X-Men film series is one of my top favourite movie series of all time. It started out great, by providing a movie outing for many of the comic’s top brass; for fans old and new. As time progressed it went from strength to strength, to low to low, and then repeated that all over again. The series is currently dying a slow death thanks to Disney buying out the competition and holding back on the release of The New Mutants. It’s a series I will be sad to see go, but, that doesn’t mean that the movies that we were given, are just going to disappear…right?

For the most part, the series has focussed on the team of X-Men, because; well, that’s what the X-Men are, a team of Super Heroes. As the series evolved however, we were treated to a small collection of solo outings for many of the franchises top players; namely Wolverine and Deadpool. Before the series was given the chop though, there was a glimmer of hope that the series was going to explode evermore, providing all sorts of spin-offs and follow-ups.

Many of the potential spin-offs would likely have involved further solo outings, and why not? It is the foundation that the Marvel Cinematic Universe was founded on, and would therefore have made more sense for the X-Men film series to follow suit. Whilst there were ideas for a Magneto solo outing, and even one for Juggernaut suggested; these sadly, sort of, didn’t come to fruition, but being an X-Men fan myself however, I have had ideas and hopes for future of the series. So, I thought I would share with you my Top 5 X-Men picks who I thought shoulda coulda woulda had a solo outing in their own right at some point. So I hope you enjoy this list.

5. Kitty Pryde – Originally I thought either Havok or Maggot for number 5, but given that this film sort of entered production, I thought I would put it at number 5. Kitty Pryde has been a major staple of the X-Men comics for a few decades now, and had even crossed into TV with a major part in X-Men: Evolution. Her part in the film series though was pretty limited, which was a real shame as when finally given an opportunity to shine; Ellen Page was great at the role. Whilst for the most part she was used as a love triangle placement between Rogue and Iceman, a solo outing for Kitty could have led to her eventual hook-up with Colossus, plus had more of a chance for audiences to learn where her intriguing power developed.

4. Colossus – Again, this ones kind of sad, especially given how much more air-time Daniel Cudmore got as time went on. Before the first Deadpool film, Colossus became a character in the series as one to constantly pop-up from time to time. He made a brief and impressive appearance in X-Men 2; followed on by more substantial roles in The Last Stand and Days of Future Past. His appearances, whilst not in a title or prime-time performance, were still things to wonder at, especially as an audience member you wonder as to why on earth he was in the films if he wasn’t allowed to show off a bit more? Daniel Cudmore moved on from the role before Deadpool, but even before that I though a film focussing on Colossus would have still been pretty cool to see.

3. Fantomex – For a few years I used to read Essential X-Men. It was a once monthly edition which featured stories originally published about a couple of years previously by Marvel. For a time there was an interesting hitman like character called Fantomex. He dressed in white, had a cool facemask, and even rode around in a mini UFO. Now how does this not scream ‘MOVIE’? 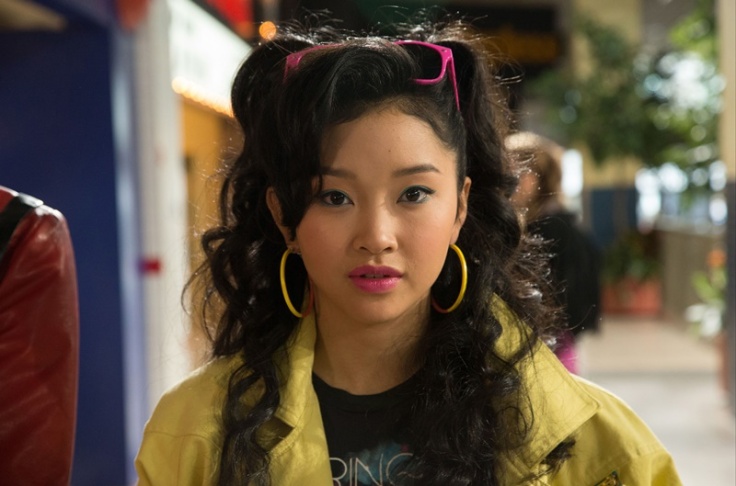 2. Jubilee – Much like colossus before, Jubilee as a character has been one that has taken a side step in contrast to the other characters in the film series. For some people though, Jubilee was the narrator of sorts for the original X-Men animated series of the early 90’s, joining the team as a young recruit, and held apart from missions due to her young age and inexperience. Jubilee’s part in future media portrayals has subsequently been rather minor, but given what this character meant to an older generation, it felt only fair that she should have had a more major part in the film series. Therefore, I thought that a film focussing on Jubilee could have been a way to reintroduce her to the series, and potentially could have led onto something much bigger.

1. Gambit – Out of all the opportunities and upcoming projects, this one finally felt like it would reach us, but in the end, NO! Gambit for a long time has been one of my favourite X-Men, if not my Favourite X-Men character. His part in the comics was always exciting to see, plus his part in all three major cartoon series were always good value. His portrayal in the films though was sparse though. He has a name cameo in X-Men 2, but is probably best known for his long overdue appearance in X-Men Origins: Wolverine, which was a poor film, although I did still like Taylor Kitsch‘s performance. Well, all future hope began to rest on a film that was to star Channing Tatum, but sadly it didn’t come to pass. But, maybe; there could be a future film for him?

Which other X-Men characters do you think shoulda/woulda/coulda had a solo movie outing?