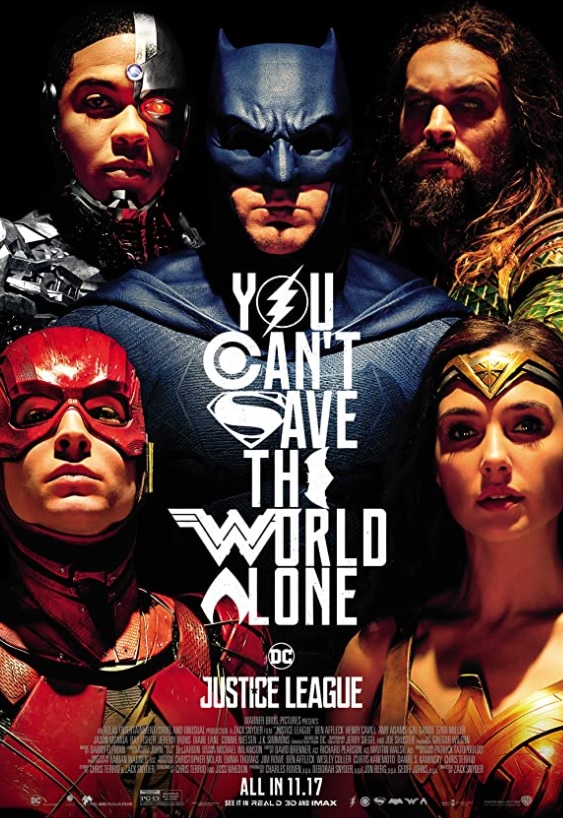 I have just watched Justice League; and it was rather dull! Directed by Zack Snyder, and starring Ben Affleck, Gal Gadot, and Jason Momoa; Justice League is a super hero movie set in the DC Universe, where the super hero team has to save the world. The film likes to skimp on some of the more important details as it expects its audience to know what has already happened! It then goes on to spend half the film getting the group together, rather than explain more about where the villain has come from and what he intends to do. Several sections of the film take over the narrative; which means there are long gaps between certain characters, and you begin to lose focus on who is actually in the film. This then all wraps up in a final battle which is as confusing as it is blinding! The only real value in this film comes from Gadot, Momoa and Ray Fisher as Cyborg. For the most part, this film is too much like The Avengers, in both look, format and plot; and doesn’t really do anything to make it more distinguished as itself. Altogether, a dull film, which is rather forgettable: but which in turn creates a sense of hope, in that if another one is made; maybe it will be a great improvement on this one!