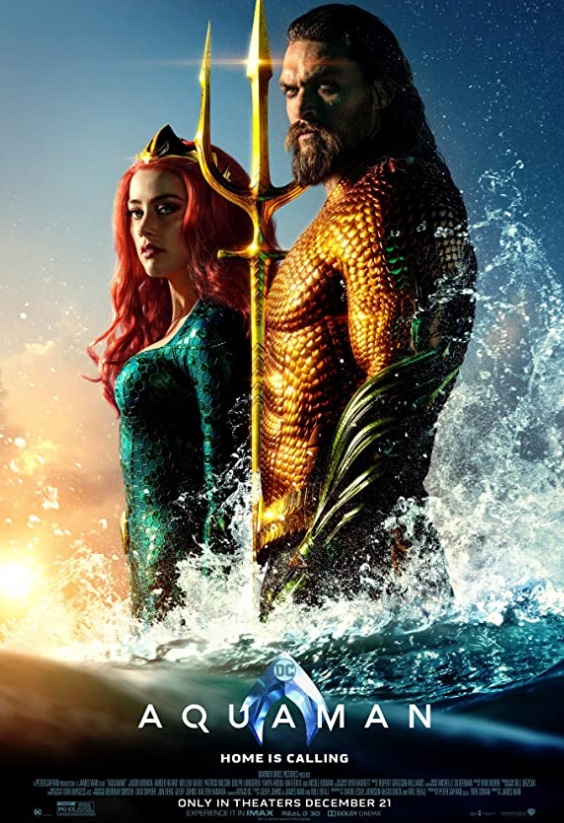 I have just watched Aquaman; and it was pretty good! Directed by James Wan, and starring Jason Momoa, Amber Heard, and Patrick Wilson; Aquaman is a superhero film about the title character taking the mantle of his birthright, to prevent an all-out war with the surface! It’s a pretty weird film; it’s less of a superhero movie and more a fantasy epic; but that’s where the film’s weaknesses lie. There is a lot of uninteresting and time consuming detail early on in the film, which just serves to slow down the entire story. When the film creates moments that have the possibility to become much deeper pieces, it doesn’t take the plunge, deciding to ramble on instead. But; it is sort of worthwhile to stay with it. The film eventually gets the message to move on, and the plot starts to go somewhere, leading to terrific fights, and an epic battle you wont want to miss! It’s a movie that is well worth the watch, and carries a value for money ending; just be warned, there is quite a bit of sewage to paddle through first!