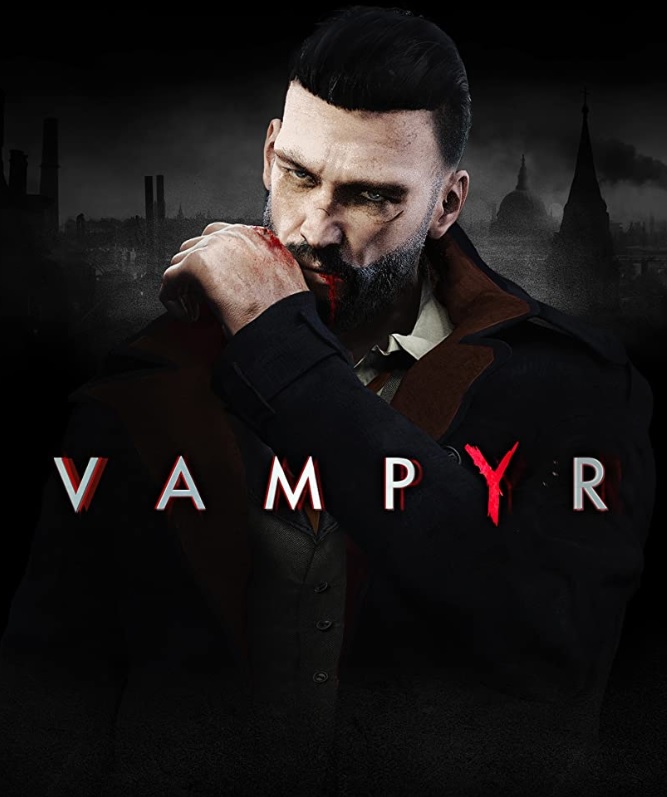 Recently I have been playing Vampyr; and it’s a bit weird! Developed by Dontnod Entertainment; Vampyr is an action role playing game, where the player takes on the role of medical practitioner and recently turned Vampire, Johnathan Reid (Anthony Howell), as he sets about trying to cure a vampire epidemic around London. The game’s original set-up is an interesting one to get into, but then all interest is flung out the window as the experience becomes rather dull! The puzzle elements are tricky and rare, the boss battles are near impossible to understand, and the dialogue options are so linear that it feels close to pointless being involved in them! The most confusing aspect though is that of taking responsibility for your actions. You don’t necessarily have to kill people to level up, but it is the quickest way and also very easy to do. This does affect the area once done though, so you can help others out, to try and negate the effects; and it is rather fun going round helping people. But when an area becomes hostile, you don’t necessarily feel regret for your actions; instead you feel more regret for not just killing them all before-hand, and cashing in more evolution points! Vampyr does have it’s plus points such as curing the streets of London and some great voice over work too, but the whole experience is rather dull, concluding with a very dim final act!