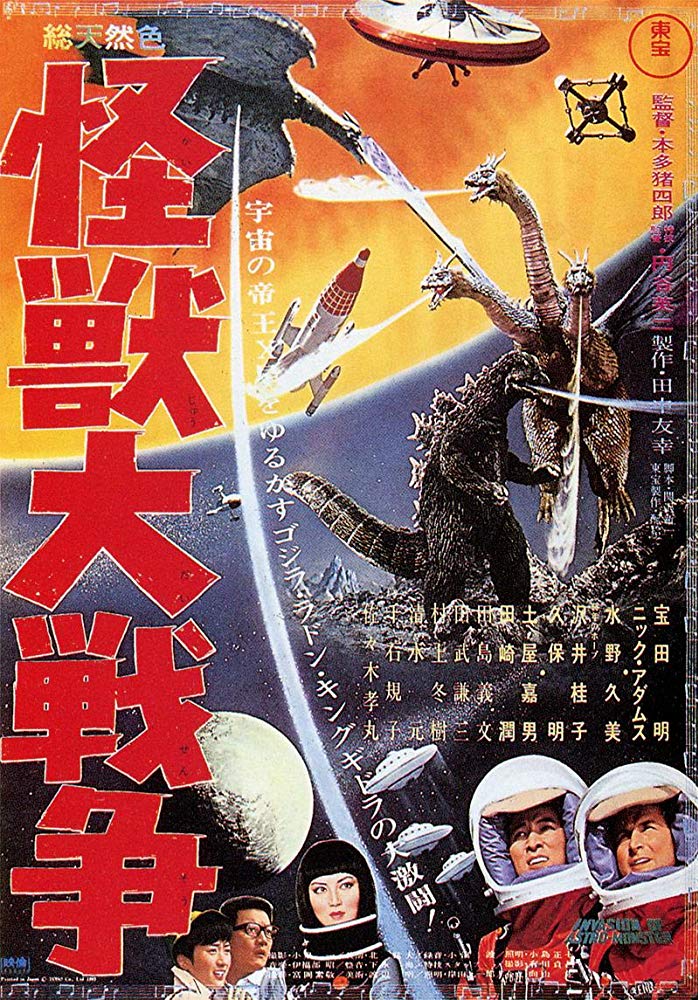 I have just watched (for the first time) Invasion of Astro-Monster; and it was very enjoyable! Directed by Ishiro Honda, and starring Nick Adams, Akira Takarada, and Yoshio Tsuchiya; Invasion of Astro-Monster is the sixth film in the Godzilla series. Two astronauts journey to the recently discovered Planet X, where the people want Godzilla and Rodan to be brought to there to kill King Ghidorah. Even though it is a Godzilla film, the part of the monsters is held back considerably as the plot unfolds about a mysterious alien race. This though is used to great effect as the story is rather intriguing and enjoyable, where-as the monster scenes look rather overdone in the short periods they are around for. The effects are pretty cool, even by today’s standards, and the alien’s con is very well produced and written; although the sinister laugh early on in the film does ruin some of the mystery! Altogether though, it was a very enjoyable movie!