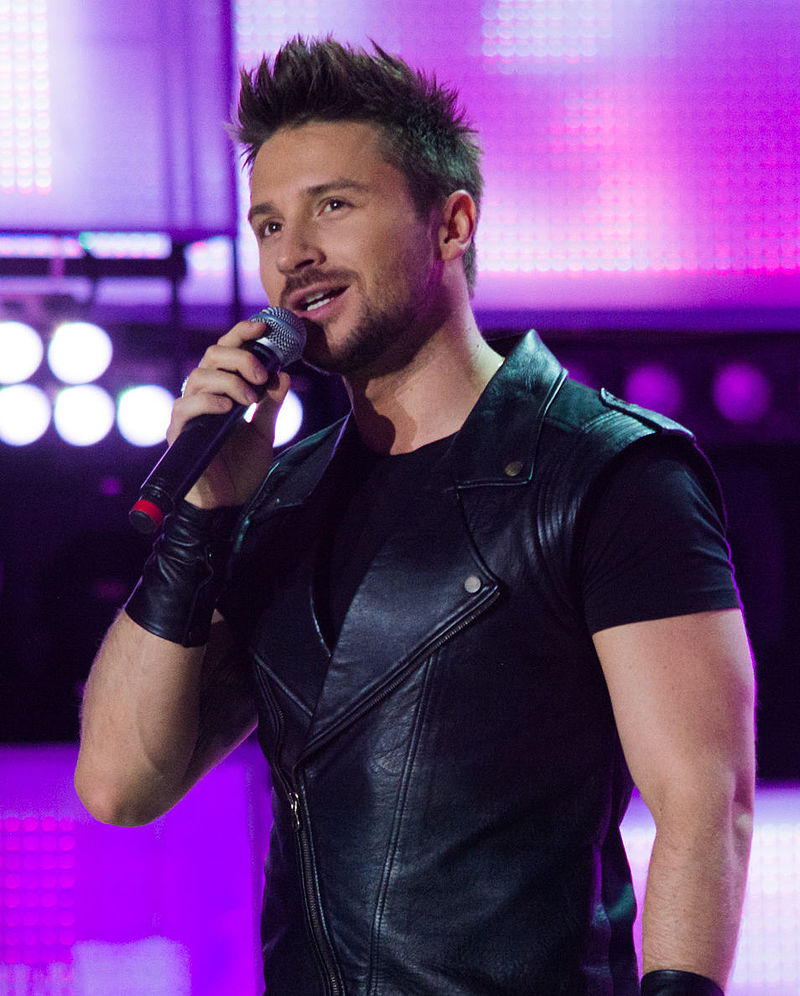 Now, much like the previous list, the following isn’t a ranked list, it’s more just a collection of 10 awesome pieces of music; basically they are all awesome. However, unlike the last list which picked one song for each year of the contest, this one will be more random, mainly due to some contests only producing one awesome song, and other several. Anyway, here are 10 More Awesome Eurovision Songs from the last decade: Enjoy!

10. I Can (Blue) – The United Kingdom hasn’t had a great time in the contest in the last decade. They have finished very low on several occasions with very few top half positions. Their best result all decade was this entry which reached number 11 in the contest. No surprise in some regards due to the band chosen being very experienced performers with a great level of popularity. The song itself is actually pretty good, featuring a good tune and a terrific chorus! 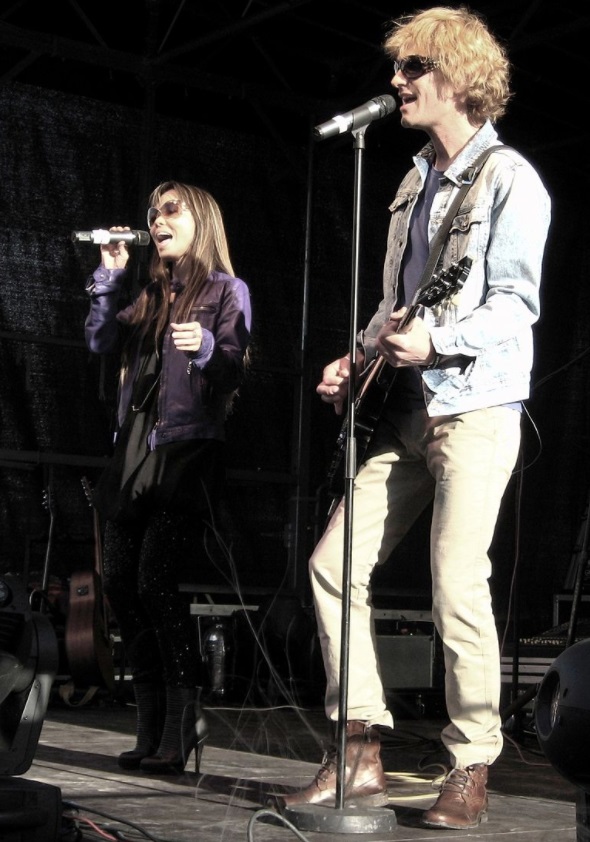 9. In A Moment Like This (Christina Chanee and Tomas N’evergreen) – You’d think a song like this would be outdated in the contest, but there is something really cool about this gem from Denmark. It’s very traditional in the aspect of Eurovision, featuring a simple but effective and catchy chorus that just rings bells from within. It’s performed really well by the duo, and it just takes you on a mini travel back in Eurovision time to when songs like this were the mainstream, and for simply that reason, it’s a very effective song!

8. What’s The Pressure (Laura Tesoro) – It’s never easy going on first in the contest; I think only three entries that went performed first in the final have actually won it as well. It’s tricky, because your song is the first one that people hear, and they have nothing to compare it to, as such your song becomes the year’s main benchmark. But that doesn’t mean your song can’t be Awesome. In this case we have a cool song from Belgium; with a funky riff and a simple beat, but one that features great chorography throughout, and a fun chorus that makes a stand out song straight from the off. It may have gone on first, but, what a quality way to start a contest!

7. Run Away (Sunstroke Project and Olia Tira) – We return to Moldova with this entry from 2010, featuring Sunstroke Project again, this time featuring Olia Tira. This is one of the most consistently enjoyable songs from the contest over the last decade. It features a great intro on violin, backed up with a cool sax solo, and an interesting comparison in vocals from the two lead singers!

6. Yodel It! (Ilinca Bacila ft. Alex Florea) – This is the song I voted for in 2017; but is rather hard to watch now as it features one of the most awkward moments in the contest’s history: that kiss at the end! You just sort of know it’s coming and are put off from watching it! Despite that though, this unique entry from Romania; is a really cool song. It’s classic and a very simple tune, but it’s held up high by one of the duo’s incredible skills in yodeling. It’s not a gimmick-y song either as it doesn’t focus entirely on that, reserving it for the parts where it’s needed most. Yes the ending is awkward, but that’s not why this song stands out the most!

5. 1944 (Jamala) – This song is of course awesome; but also rather harrowing. It features the digital background that became commonplace for other entries of this year due to the winning song from the previous year. The song also features some incredible music effects in it’s tune that make it stand out to. The song though is rather sad, as it’s not just a song, but a real story inspired by the Deportation of the Crimean Tatars. To this extent the song is sung with great passion, that features both sadness and anger. You can sort of see why The Ukraine won with this song on 2016!

4. Heroes (Mans Zelmerlow) – I voted for Israel at this contest; but I think I have listened to this one more often that one. You can sort of see why Sweden booked Justin Timberlake for the interval act the following year; as this song is very similar in performance to those of large solo singers singing in similar sized arenas. It’s hard to describe, but this song is performed perfectly, with the use of a terrific background set, but which then jumps into a large routine that commands the stage and absorbs the audience’s attention!

3. Only Teardrops (Emmelie de Forest) – Denmark may have only come fourth in 2010, but a few years later they came back fighting strong, becoming the first country in this century to win the contest more than once. Their win came in the form of this beautiful song; which was earmarked to win since it’s performance in the semi-finals. The performance of the song even looks like it found a way to grab peoples attention, by dressing up a bit like characters seen in Les Misérables. The song also features some great flute and drum playing, and the vocals are really well done to, which all lead into a terrific chorus! 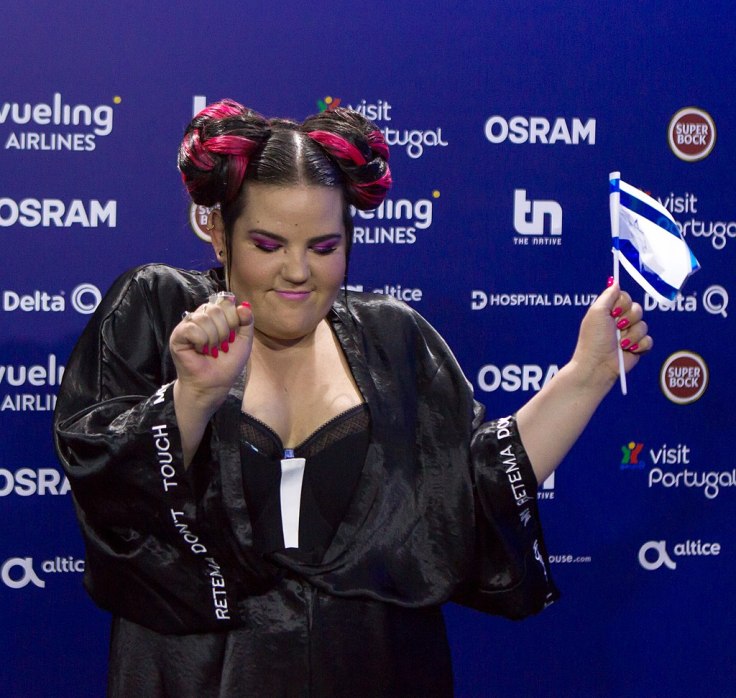 2. Toy (Netta) – This song from Israel stood out in many ways; from it’s one-of-a-kind performance, to it’s powerful lyrics. It looks weird from the get go, but weird songs have a tendency to win the contest, so why not. But then it goes into a song with these amazing and powerful lyrics that a re not whispered, more like drilled into the head of the listener. Whilst that is going on, it also makes it sound like a piece of traditional techno music!

1. Euphoria (Loreen) – Ruslana‘s win for the Ukraine in 2004, is practically clairvoyant; considering that Sweden won the contest in 2012 with something similar: a song combined with an adrenaline fueled dance piece. Loreen’s winning entry, much like the Moldova entry above has remained one of the most consistently enjoyable pieces in the contest over the last decade. The piece is actually very simple; it’s just a song and dance routine; but Loreen’s skill in both is terrific as they are both as fluid as water; and it looks so simple and easy for her to do, but to the rest of us looks incredibly complicated. The song itself is sung with great passion, and just feels like raw energy being performed on stage with no assistance required from pyro or lighting. It’s a simple performance, but it works so well, and as such is simply awesome!