At high school, in the weekly list of activities or schedule of classes (it was literally a time table of education); we would get two P.E. lessons (Physical Education). One of the lessons was an actual lesson where we would learn something; where as the other was labelled ‘Games’. Now what ‘Games’ was, was basically: Forced Exercise! Yes, at school once every week we had a session of Forced Exercise! The way Games worked was, well, I don’t even know what it was. It definitely wasn’t an actual lesson though!

Basically, every term (three in a year), was broken down into two sections, with the help of a half-term holiday in-between. As the half-terms went by, in P.E. we would change what sport we would learn. It usually went in the order of something like Rugby in the first half, Swimming in the second, Football the third, Gymnastics the fourth, Athletics fifth; and Cricket sixth. However this wasn’t the arrangement in Games. Basically, everyone in the year did Games at the same time; I think it was the only time in the week where all the different classes and sets actually did something with other classes and sets from around the school. Usually in Games, pupils would also be split up by skill in the sport in question; but no matter who you played with, they were in the same year as you! The arrangement or set-up for the year in P.E. sort of changed year by year but sort of followed the same pattern. For Games however, there wasn’t any Gymnastics or Swimming, possibly because of the number of pupils being too large to fit in the swimming pool, Gym hall and of course the changing rooms on offer for those sports! 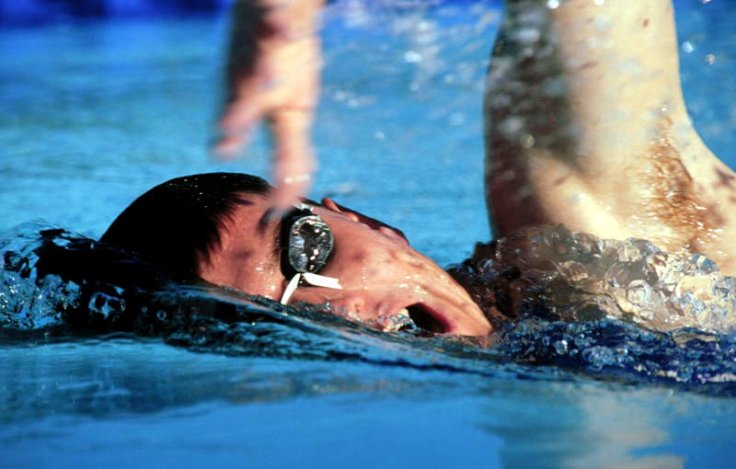 Anyway, in each term, the sport being played in Games was the same. These went on for the full term, so even after the half-term break, it was back to doing those Sports in Games. The only exception to this was in the third term, with sports being split in two. The format was simple and carried on year by year:

The split of third two was probably due to it being the summer, and possibly the best time to play such sports.

I personally have never really been into much sports growing up. I am now into Darts and a bit of Pro-Wrestling, but for the most part I am not much of a sport fan. Back when I was younger and at school this was much the same. Out of the sports I played during ‘Games’ at school, the only one I near enjoyed the most was Athletics. I was pretty decent at Shot Put, and not too bad at High Jump; despite my large frame. With the other sport’s; I just wasn’t interested in or bothered with. But the one that was the biggest issue for me by far was Rugby. 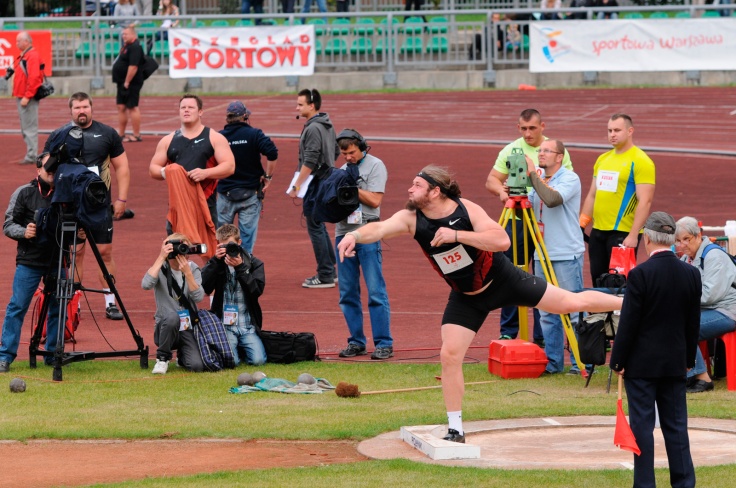 Whilst at school I should note that for the most part I did have a good ‘can do’ or  ‘will do’ attitude, and even in most P.E. lessons I showed a good work ethic. I gave everything a go to the best of my abilities. Games though was another issue; but not entirely my fault, more rather how the lessons were put together!  When I had my first Games lesson, it was well before I even had a single P.E. lesson. But for some reason, they (the teachers) expected me to know how to play Rugby! At this point in my life I had no idea at all at what Rugby was or how to play it! So when I went down to the fields, got dressed and was ready to go, I was waiting for some level of instruction, or at least a crash course in how to play Rugby. But I got none of it! I saw some friends roll around on the ground, and well that was basically it. At the end of the first Games lesson I was none the wiser.

As stated above ‘Games’ wasn’t really a lesson, it was just Forced Exercise. There was no teaching, at all. Instruction is part of teaching, and the teachers during Games were pretty relaxed at the idea of doing any teaching at all. Even today I have found that in order to engage with something thoroughly; I need some instruction, and I was getting none of it in Games. In P.E. I just did what the the teachers told me to do. In Games, they weren’t telling me anything to do. So how was I supposed to know what to do? 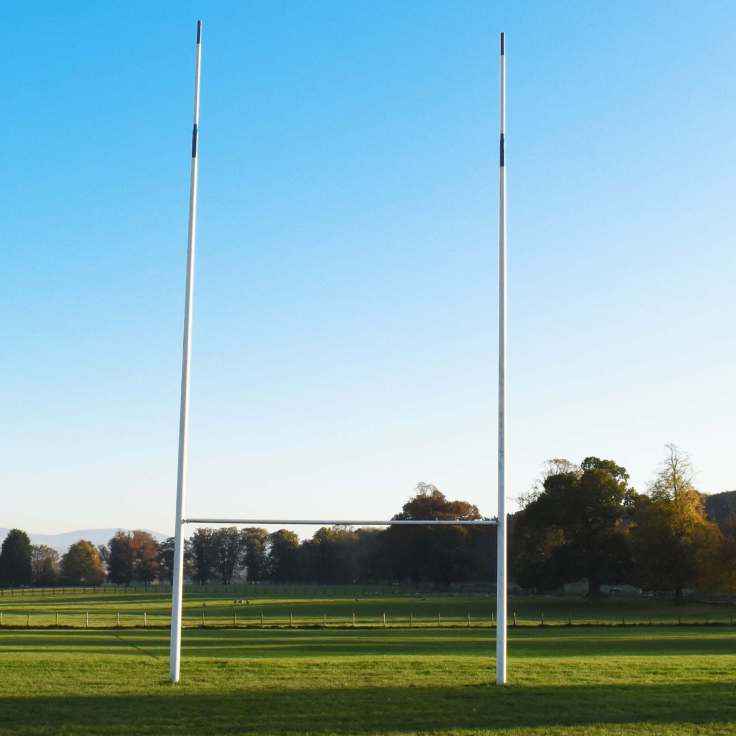 A few weeks after my first Games session, a teacher held me back afterwards and told me to run the ball up and down the pitch and slam into each other end. Then he told me that’s what he wanted me to do next week. In many respects that was actually the first piece of ‘helpful’ instruction I got in how to play Rugby, however, he wasn’t all that clear, on how I was supposed to get the ball in the first place! 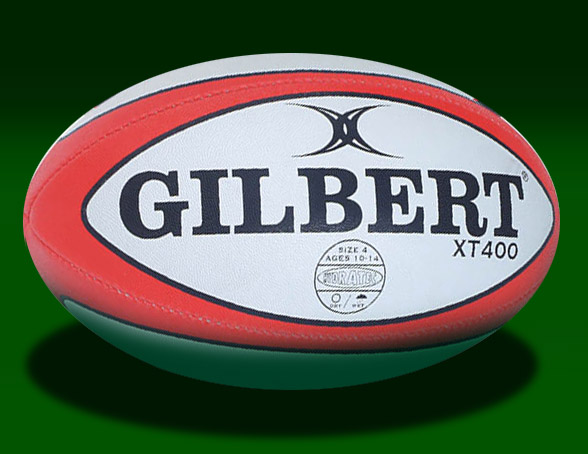 Now while I did give Rugby in P.E. a go, it was really hard to translate that into playing Rugby during Games. P.E. mostly taught me about running, dodging and passing. But not much information, on how you actually played Rugby. Here is a list of things I (still) do not understand about Rugby:

Ironically it was the third one on that list that I enjoyed the most, as I was actually able to do something.

I am a very gentle person, so it can be hard for me to play physical contact sports when I don’t really want to interrupt, take or hurt someone, so that again could be a reason I struggled playing Rugby. The only major other things I remember about playing Rugby at school were the one time I nearly kicked the ball over the H goal; and then there was a time when a photographer was taking pictures of us for the paper, with us holding the ball in the hand, which we were all supposed to do; I just walked away though and didn’t have my picture taken (in hindsight maybe I should have, but made a pose like I just did not care; and then see what the final result would have been, it would have made a much more interesting story in the paper; probably). The only other major stand out was when a sixth former was helping out the teachers, and was yelling at us (this was still the first year). He then shouted at me for my clothes not being dirty yet, (possibly due to me still not knowing what I was supposed to be doing). He then asked me if I actually wanted to play; to which I said “No!”, to which his answer was along the lines of “OK, don’t play then!”. It should have been the highlight of my school year, but I was still feeling fragile as it still felt like he was picking on me, even though he did say before he asked me the great question; that he most definitely wasn’t!

Rugby at school for me finally ended in my third year, as third year students had the choice of running cross country instead of playing Rugby or Football. As I didn’t want to play either anymore, I chose running; even though I wasn’t built for that either!

To this day, 20 years on since my first attempt; I still have no idea, as to how a person plays Rugby (or why players suddenly decide to put their heads together)!