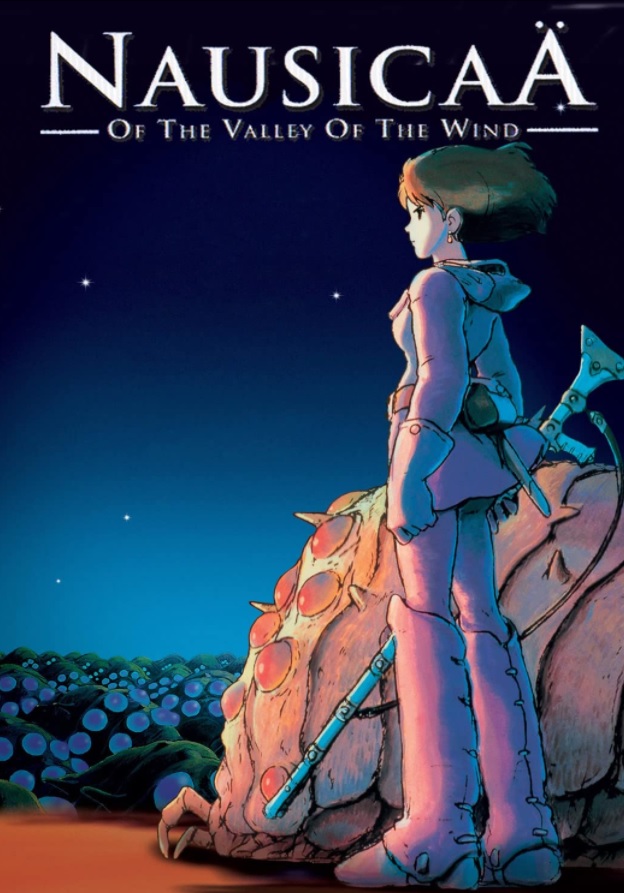 I have just watched Nausicaa of the Valley of the Wind; and it was really good! Directed by Hayao Miyazaki, and starring Alison Lohman, Patrick Stewart, and Shia LaBeouf; Nausicaa of the Valley of the Wind is an anime film based on the Manga of the same name by Miyazaki. Taking place in a post apocalyptic future, the film tells the story of a princess who is trying to stop an ancient power from destroying a forest full of giant insects. Whilst the film is regarded as a Studio Ghibli work, it was in fact produced before the company was founded. The film is an animated epic, as it travels across the globe to show how the world has changed a thousand years on from a cataclysmic event. The world of the insects is creepy but majestic, whilst the visions of the remaining human kingdoms are pretty much just the same as they intend on world power, despite not seeing eye to eye with one another! The animation is splendid and carries many of the tropes that are visible as well as define the future of Studio Ghibli productions. Many of these tropes are consistently visible in the future output of Miyazaki too; from strong female characters, to flying machines, as well as the need and desire to protect the wilds of the earth. All this is backed up with a splendid score from Joe Hisaishi, which is as majestic as the world around it, creating an interesting mix of sounds which are almost as epic as the soundtrack to Akira. Altogether, it is a splendid film and a must see for all animated movie enthusiasts!