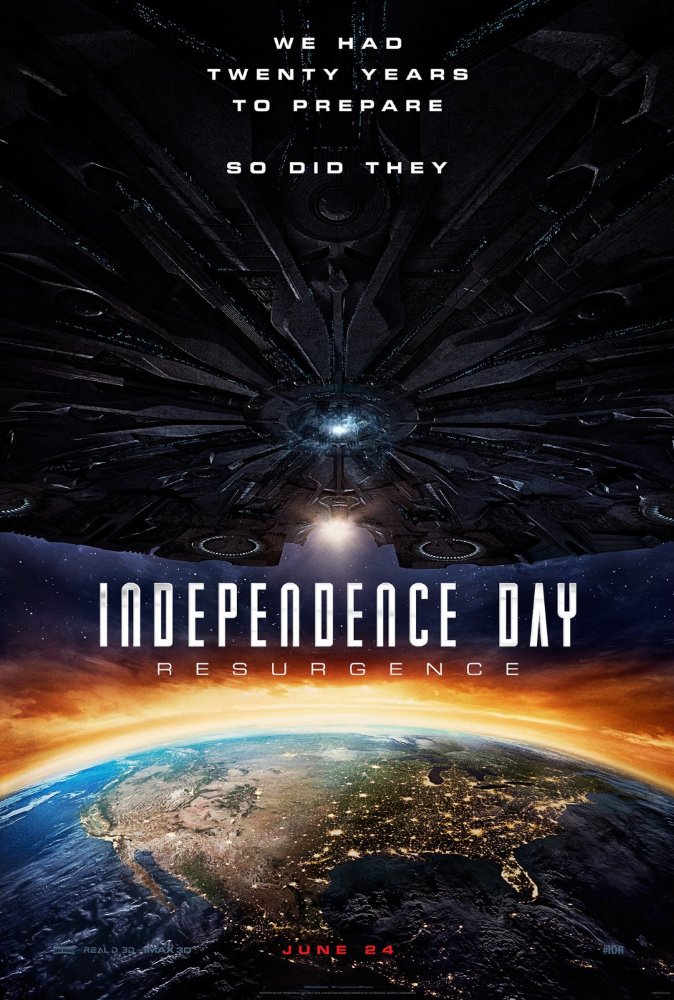 I love Independence Day; personally, I think it’s better than all the Star Wars film’s put together! It’s a science fiction epic about an Alien Invasion of Earth. It features terrific special effects, to deliver jaw dropping moments and spectacles that are worth every penny. When I heard that after nearly two decades they were going to make a sequel, I was excited, and then even more so when the first trailer dropped!

Independence Day: Resurgence borrows quite a bit of detail from it’s predecessor, without going into full remake mode (like The Force Awakens did); and creates new moments, some cool ideas, and really works hard to try and make a satisfactory follow-up to one of the most successful movies ever made. It’s not great, but I wouldn’t necessarily call it bad.

The clever thing about this trailer, is that unless you know the identity of the film, you have no clues for quite some time that this is a trailer for the next Independence Day. It starts off and stays relatively quiet, it throws in clues, but not heavy ones. It features old and new cast, but again, this could be a trailer for almost anything. The first proper clue we get, is that cool shot of the moon crater being shadowed by something huge. As the film’s cast reveal themselves more and more; from Jeff Goldblum to Bill Pullman, we can now start to paint more of an image to something we may have seen before.

The only time when it changes from mystery to definite, is when you can hear that classic speech from the first film in the background. This is when the trailer pulls all the stops out, and uses this moment to provide us with the imagery to show what this film is going to include and be about. We get fight sequences, we get moments of awe, we see more mystery, and a touch of sadness or tragedy. And then, only when it’s all said and done; do we get the acknowledgement that it’s the trailer for Independence Day: Resurgence.

It’s an Epic Trailer; for the sequel to an Epic Classic!