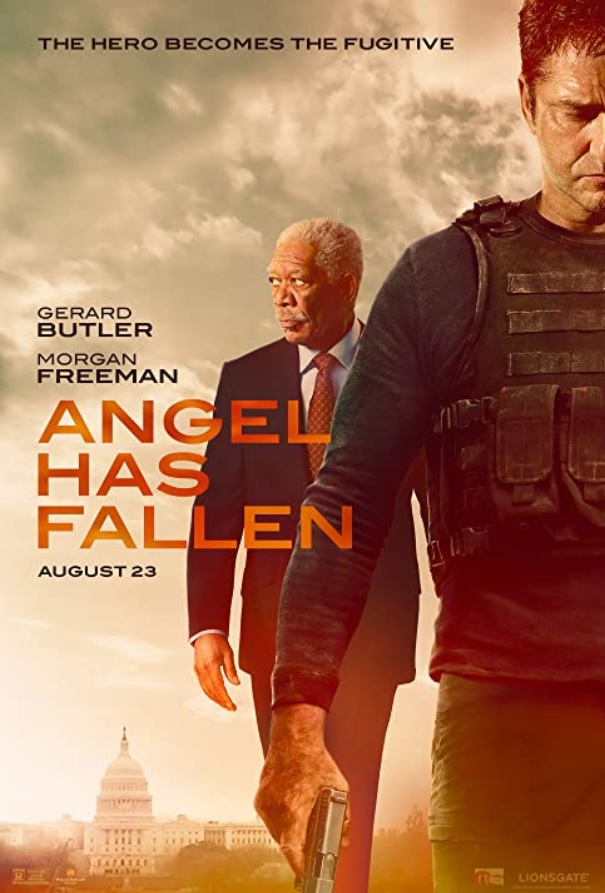 I have just watched Angel Has Fallen; and it was pretty good! Directed by Ric Roman Waugh, and starring Gerard Butler, Morgan Freeman, and Danny Huston; Angel has Fallen is an action film, which sees the President’s most trusted protector, in the frame for an assassination attempt on the President. The film lacks the ability to generally make surprises or shocks work. Setting up loyal characters, only for them to turn on the main star, is all well and good; but due to them only just being introduced in this film, doesn’t really leave any allowance for shocks. It would have been more of a surprise, if they had been introduced in a previous entry; in this case, it’s pretty predictable. But what it lacks in plot surprises, it makes up for in casting surprises. Switching actresses from Radha Mitchell, to Piper Perabo can leave you scratching your head until it is made clear that they are playing the same character. But the best surprise is the inclusion of Nick Nolte, who is just a real treat for the audience, both in appearance and character. Additional cast members like Lance Reddick, and Jada Pinkett Smith are pretty cool inclusions too. On the whole it is a terrific action movie, which continues to explore other areas of action, such as an almost unique truck chase, as well as a final battle; which is as exciting and, as intense as a cross between a classic episode of 24, and the average Counter-Strike match. Its a really cool flick, and I am looking forward to see where the series travels to next!